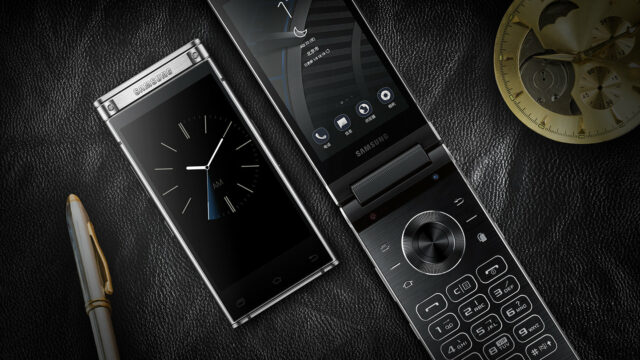 Samsung’s new flagship flip phone, the SM-W2019, is getting closer to an official unveil with each passing day. Samsung already has a support page for the device up on its website, and the phone has received some important certifications in recent days. One of those certifications was from China’s TENAA, which gave us live images of the device, and it seems the TENAA listing also temporarily revealed the W2019’s screen size and battery capacity.

Samsung SM-W2019 specs include considerably bigger battery than the W2018 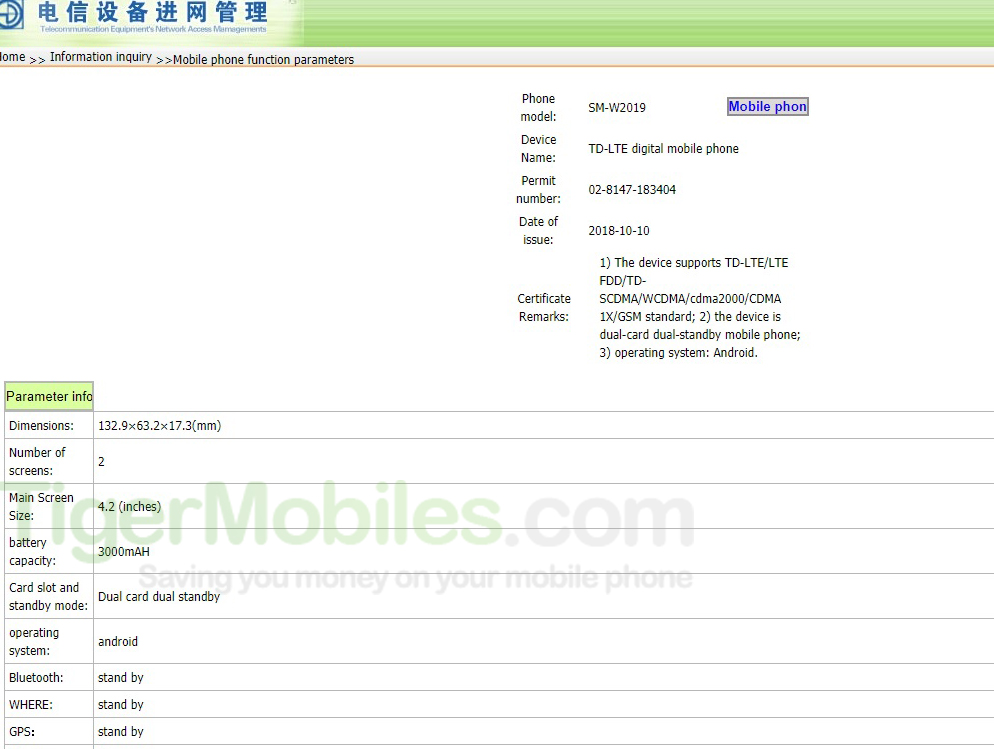 And like the Galaxy Note 9, it seems the SM-W2019 could have a battery that’s significantly larger than its predecessor. While the Samsung W2018 had a 2,300 mAh battery, the SM-W2019 has a 3,000 mAh battery under the hood. A considerable jump, one that suggests Samsung could be making big batteries a standard features for its flagship devices in the future. That would bode well for the Galaxy S10, although it’s just speculation at this point.

The screen size on the W2019 looks set to be the same as the last few phones in the series at 4.2-inches. That means the increase in battery endurance could be huge, making the SM-W2019 worthier of the crazy price tags Samsung usually attaches to them compared to previous devices. Other SM-W2019 specs are expected to include the Snapdragon 845 SoC, dual rear cameras, and Android 8.1 Oreo. The TENAA listing seems to have been taken down at this point, but we can expect it to come back online as we move closer to the SM-W2019’s official launch. 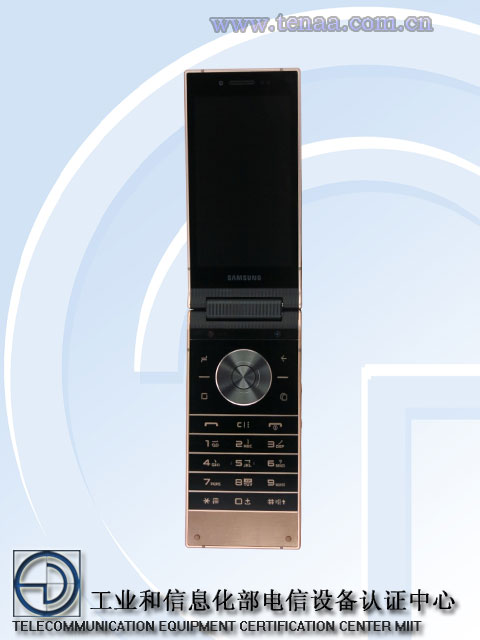 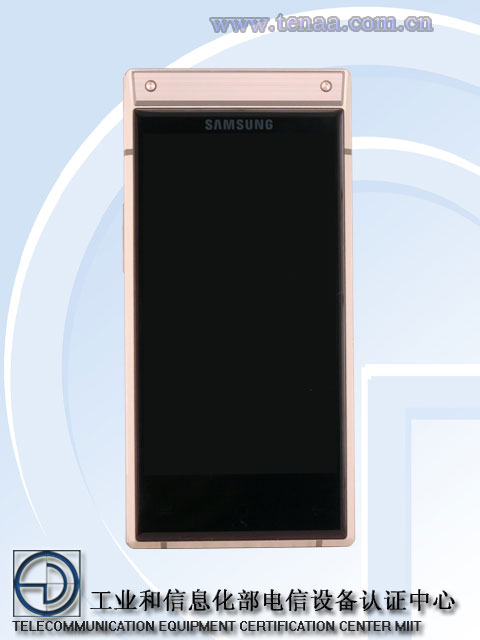 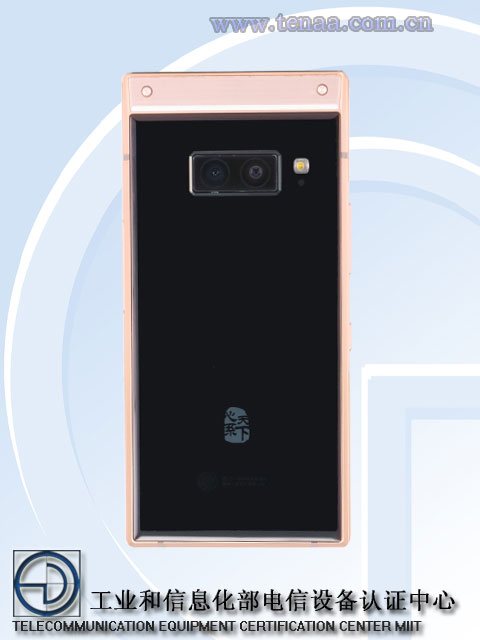 Samsung is launching its new flip phone on November 9

Support page for Samsung’s new flip phone is now up

Samsung’s next flagship flip phone leaks in images, gets Bluetoo …