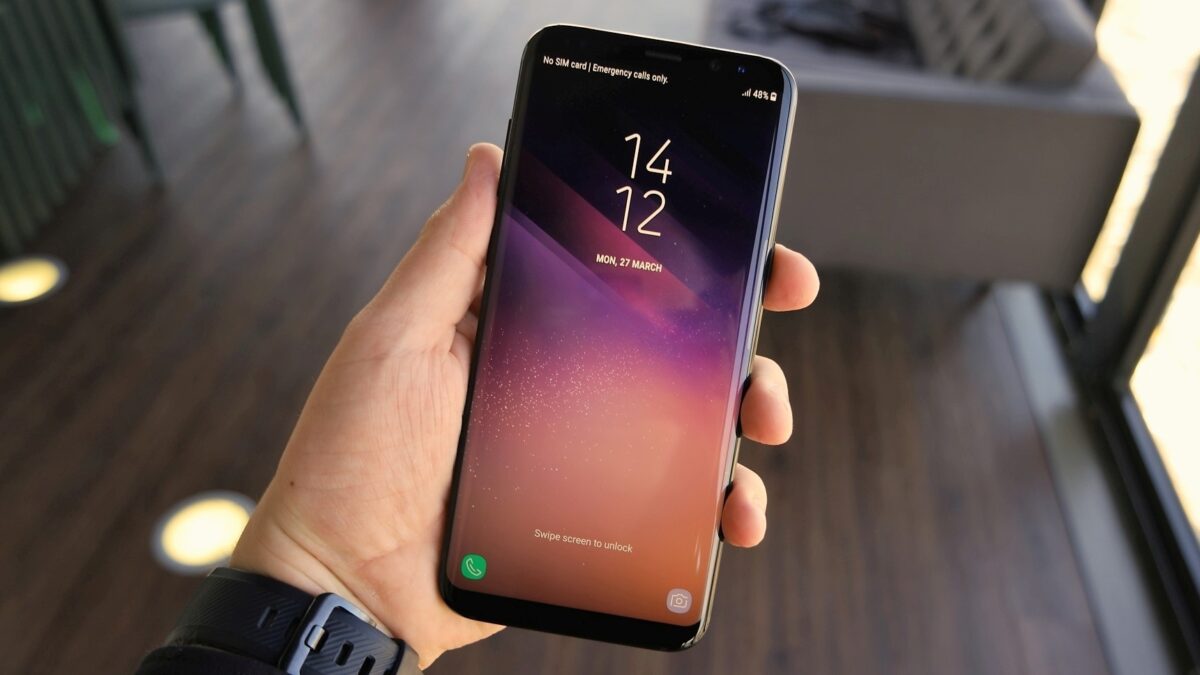 You’ve held on to your Galaxy S6 or Galaxy S6 edge for two years. It has been faithful to you, never letting you down, but it’s been two years now. Your contract is probably up and you may be beginning to feel that the device isn’t keeping up with your needs. Samsung will gladly sell you one of the many handsets that it has released since 2015 but it would certainly appreciate if you decided to buy the Galaxy S8.

You’ve got to appreciate what Samsung has done with the new flagship’s design. It has taken the dual-edge curved display that was first introduced with the Galaxy S6 edge to new heights. Sure, it’s bigger because the displays are bigger and even weighs a fraction more than the Galaxy S6, but it’s absolutely worth it.

The Galaxy S8 basically looks like a big piece of glass from the front. The bezels are minimal, the physical home button has been removed and the display has been stretched at the top and bottom to allow for 5.8-inch and 6.2-inch panels without increasing the actual size of the handset by a significant margin.

Throw in Mobile HDR Premium support and you’re looking at a display that’s in a different class. The display itself is protected by Corning Gorilla Glass 5 which offers better protection against bumps and scratches than the Gorilla Glass 4 did on the S6 duo.

This is where the Galaxy S8 is obviously miles ahead of the Galaxy S6. It ditches the 2.1Ghz octa-core Exynos 7420 processor of the Galaxy S6 in favor of the 2.3GHz octa-core Qualcomm Snapdragon 835 or Exynos 8895 depending upon the market. The RAM has also been increased from 3GB of 4GB (South Korean consumers will even have a 6GB RAM option). The Galaxy S8 also has a faster LTE chip so it’s capable of hitting gigabit LTE speeds.

Additional things to consider include the fact that it’s the first smartphone with Bluetooth 5.0, features fast charging on through wired and wireless methods, and has a USB Type-C port.

It’s much more than a simple numbers game when it comes to battery performance, but as far as the numbers are concerned, the Galaxy S8 has the lead. The Galaxy S8 and Galaxy S8+ feature a 3,000mAh and 3,500mAh battery compared to 2,550mAh and 2,600mAh in the Galaxy S6 and Galaxy S6 edge respectively.

As someone who has been using a Galaxy S6 edge daily for the past two years, the battery leaves a lot to be desired. I often have to charge it twice a day because it just doesn’t have enough in it to power the device for a reasonably long period of time. Many are concerned that the battery packs in the Galaxy S8 and Galaxy S8+ are not going to be much better as far as longevity is concerned given that they will be powering significantly larger displays and more powerful hardware, but at least the S8+ should offer longer battery life thanks to the fact that it has a sizeable lead in battery capacity.

You can’t be too safe these days, can you? This is a big reason why smartphone manufacturers are focusing on improving the safety systems that secure access to a user’s device. The Galaxy S6 had a fingerprint sensor aside from conventional Android methods such as passcode, PIN and pattern.

The Galaxy S8 is miles ahead with cool new security technology like facial and iris recognition. In fact, it has the most security features onboard any device available on the market today. It even retains the fingerprint sensor, although that has been relocated to the back alongside the camera.

Those who are switching up from the Galaxy S6 will not be disappointed by the new flagship’s camera performance. The Galaxy S8 has a 12-megapixel rear camera with an improved autofocus feature (Dual Pixel), faster f/1.7 lens and larger pixels. There’s also an 8-megapixel camera on the front which supports autofocus.

The Galaxy S8 even edges out the S7 in camera performance, and the differences will certainly be more noticeable for Galaxy S6 owners, who will appreciate the improved imaging performance of Samsung’s new flagship.

The Galaxy S8 comes with Nougat out of the box while the Galaxy S6 will soon be updated to Nougat. Both handsets will eventually have the same look and feel as well as the features that are part and parcel of Nougat.

However, Samsung has set the Galaxy S8 apart from the rest of its lineup by introducing a new voice assistant called Bixby. The company says that anything you can do with a tap, Bixby can do in response to a voice command. It only has support for English and Korean languages initially but will support more down the line. Last but not the least, the S8 and S8+ will get new Android upgrades for two years down the line, while Nougat will be the final update for the S6 and S6 edge (naturally, security updates will keep coming).

Samsung wants its flagship smartphones to be known as productivity powerhouses, which is why it has launched DeX with the Galaxy S8. This feature enables the flagship to provide PC-like functionality when it’s hooked up to an external monitor using a dedicated DeX station that costs $150.

This is not something that the Galaxy S6 has and it’s obviously going to be important for those who like to take their work with them and would like to have their smartphone make life easier for them.

So there you have it. These are the biggest reasons why you should consider upgrading from the Galaxy S6 or Galaxy S6 edge to the Galaxy S8 and Galaxy S8+. Sure, the latter is a bit more expensive with prices starting at $749, but those upgrading from an S6 or S6 edge should find it worth every penny.

What do you think? Are there are any features that you think make the S8 and S8+ upgrade-worthy that we might have missed? Let us know in the comments, and keep an eye out for our official Galaxy S8 and S8+ review in the coming days!