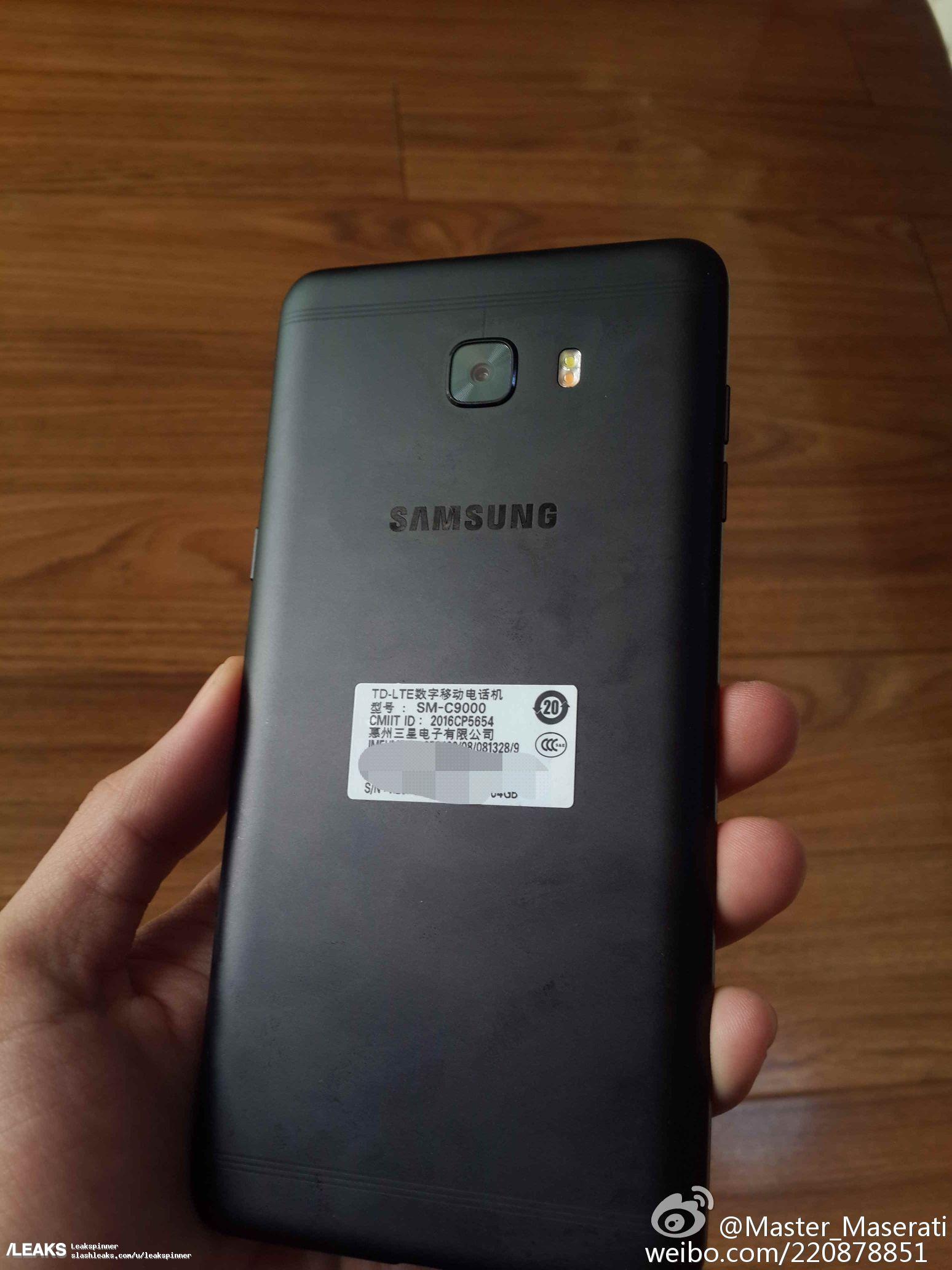 The Galaxy C5 Pro, C7 Pro, and C9 Pro are smartphones we’ve been tracking for some time. Just a few days ago, the Galaxy C5 Pro leaked in images, and the Galaxy C7 Pro broke cover just yesterday. As for the “Pro of the Pro phones,” the Galaxy C9 Pro, we’ve seen photos of this top mid-ranger a few months ago. Now, after all the leaks, we finally get a phone poster that comes from Samsung itself, with the company’s name present.

Mmddj_china, known as of late for his leak regarding the Galaxy X timeframe and the first photo of the Galaxy C5 Pro, is back with the company’s confirmation of the Galaxy C Pro smartphones. He tweeted “C is coming,” with a leaked poster that shows the phone monikers Galaxy C5 Pro, C7 Pro, and C9 Pro, with the phones and their colors visible. We’ve seen the black color variant of the C9 Pro, a gold color variant of the C7 Pro and the same color will be available for the C9 Pro. The Galaxy C5 Pro has been leaked in a color that seems to be the same Blue Coral color we’ve seen for the now-deceased Galaxy Note 7 and the Galaxy S7 edge. Samsung seems intent on bringing this new color to quite a few phones in its lineup. Its inclusion in the poster the leakster has shared is an indication that the Galaxy C lineup will also be graced with the sexy Blue Coral color option. 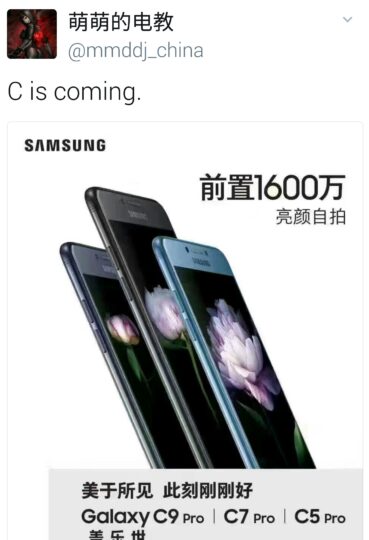 Finally, as if we didn’t already know about the tech-drooling cameras with their large megapixel count, there appears to be a reference to the 16MP cameras that will grace these handsets. It appears as though the Galaxy C series as a whole may see these 16MP selfie and rear cameras, which makes buying these phones, no matter which you choose, more attractive. This is unusual indeed, but is much appreciated. After all the leaks, a final announcement is what we’re all waiting for.