Market research analyst IDC has revealed that Samsung manufactured 72.5 million devices in the third quarter, giving it a 20 percent market share (down 2.1 percent). On the other hand, the Chinese firms produced a total of 80.1 million units, which accounts for 22.1 percent (up 1.3 percent) of the global market.

The dip in Samsung’s share likely has something to do with the Galaxy Note 7 debacle as the company had to put a lot of resources into repairing, reproducing and redistributing over 2.5 million handsets — including unsold stock — following its first official recall back on Thursday, September 15. 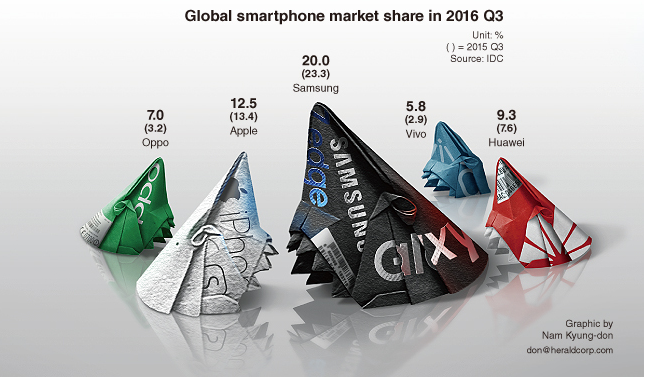