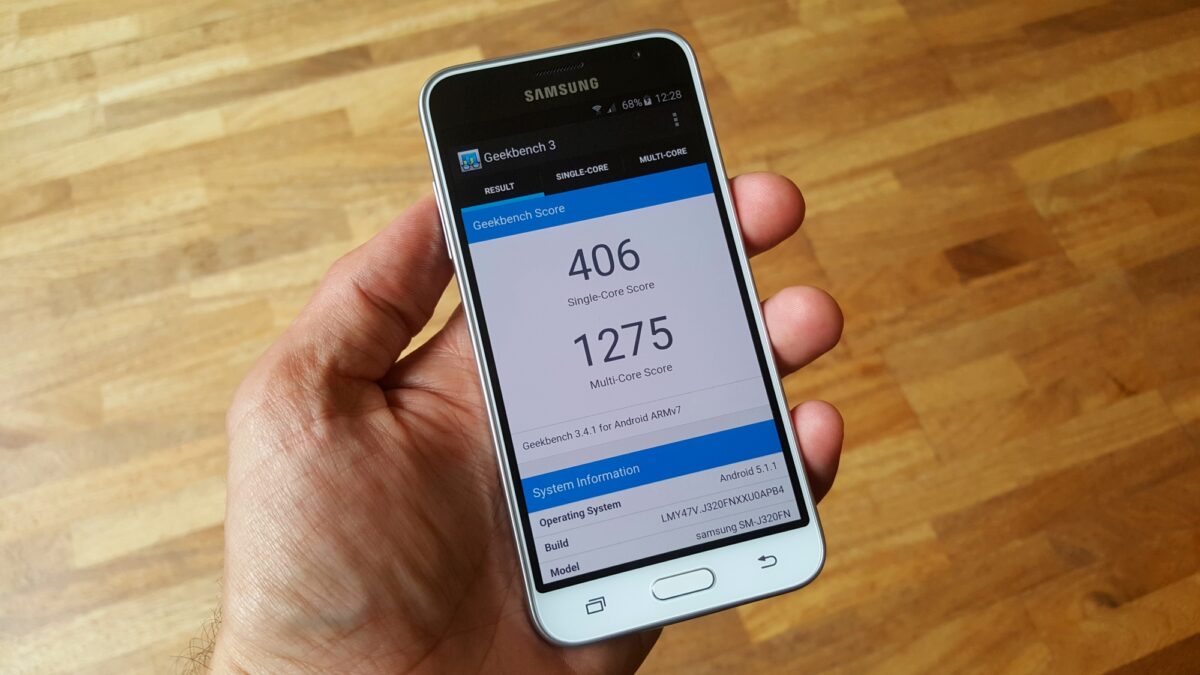 Samsung has the next iteration of the budget Galaxy J series in the pipeline. Just last week we reported that the Galaxy J3 (2017) had been imported into India for testing and evaluation. Other upcoming handsets in this series are also being spotted here and there. No further details about this budget handset were available at that time but today the device has been spotted on benchmarking website Geekbench. The results give us a glimpse of the Galaxy J7 (2017) SM-J327P’s specifications, they are certainly nothing to write home about.

The benchmark results reveal that the Galaxy J3 (2017) features a 1.4GHz Qualcomm Snapdragon 430 processor with 2GB RAM. It also reveals that this handset will be powered by Android 6.0.1 Marshmallow. Previous reports suggest that it will feature a 5-inch display as well as a 2,600mAh battery. Since this will be an entry-level handset in Samsung’s budget series don’t expect much in the way of specs, after all, you get what you pay for. No pricing and availability information for the Galaxy J3 (2017) has currently been made public.