Galaxy A3 (2017) spotted on GFXBench with an octa-core processor 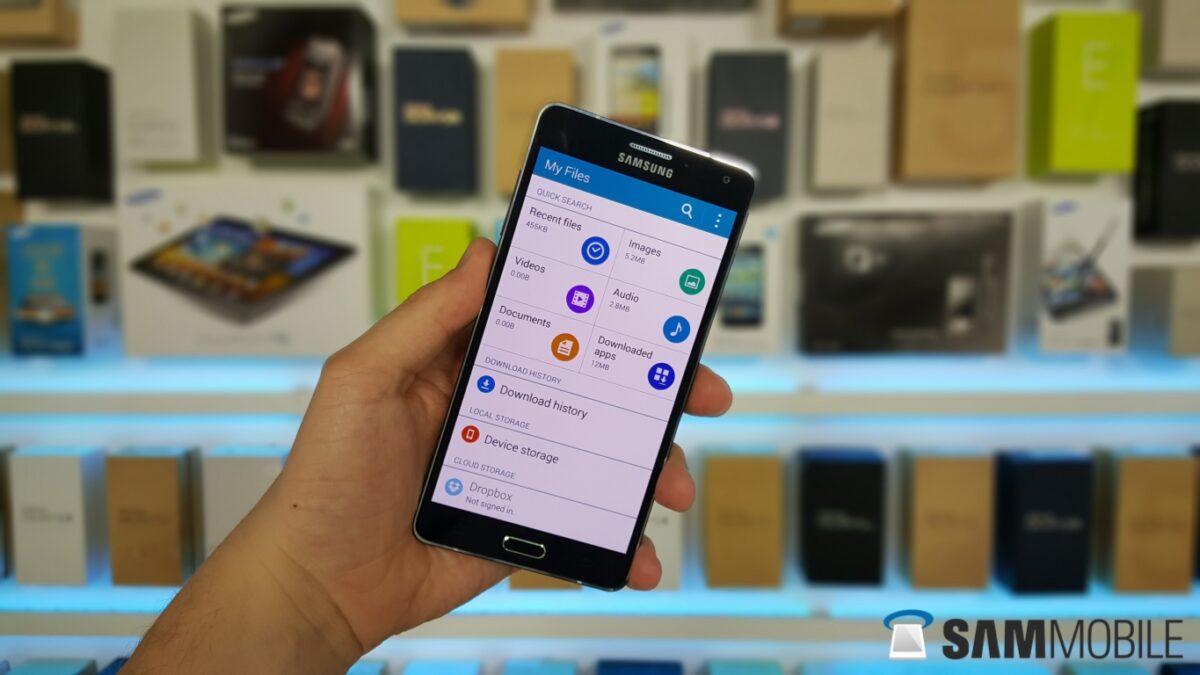 Two weeks ago, we exclusively reported that Samsung is working on successors to this year’s models of the Galaxy A3, Galaxy A5 and Galaxy A7, and now the third-generation Galaxy A3 has been spotted in the GFXBench database.

It’s being referred to as Galaxy A3 (2017) and sports a 4.7-inch display, a 1.5GHz octa-core Qualcomm CPU, 2GB of ram, 8GB of expandable flash memory, a 13MP rear-facing camera, an 8MP selfie shooter and a variety of internal sensors, including a pedometer and barometer.

We’ve already shared what we believe to be the specifications of the Galaxy A5 (2017) and just yesterday the Galaxy A7 (2017) benchmarking results surfaced online. Comparing the Galaxy A3’s internals to these handsets, it certainly looks like it’s going to be the least impressive of the three.

Unfortunately, Samsung hasn’t provided any information with regards to when it will launch the Galaxy A (2017) series, but we’re guessing that they’ll start to hit the shelves towards the end of this year. 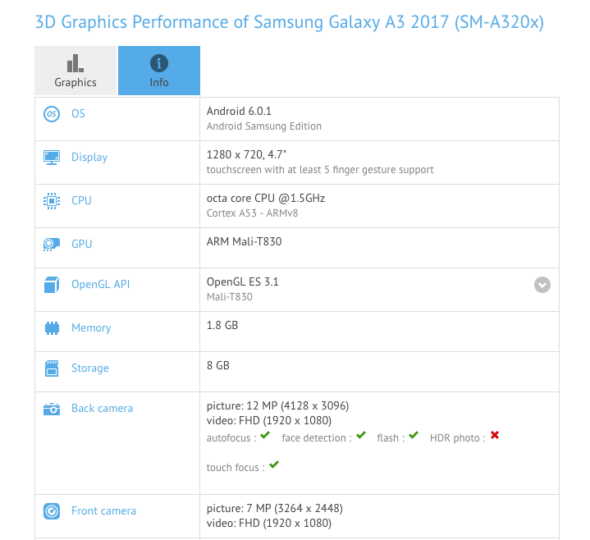