Mobile phone cases aren’t a new thing. In fact, they are one of the most popular smartphone accessories. With recent flagship smartphones from Samsung favoring a glass sandwich design that may shatter easily, it’s now even more important to safeguard your shiny new phone from scratches, bumps, and drops. It has been more than a month since the Galaxy S7 and S7 edge hit the market. We’ve tried a bunch of cases for these smartphones ever since. After reviewing a few Galaxy S7 edge cases from Olixar and Ringke, we decided to try out Spigen’s Neo Hybrid case. 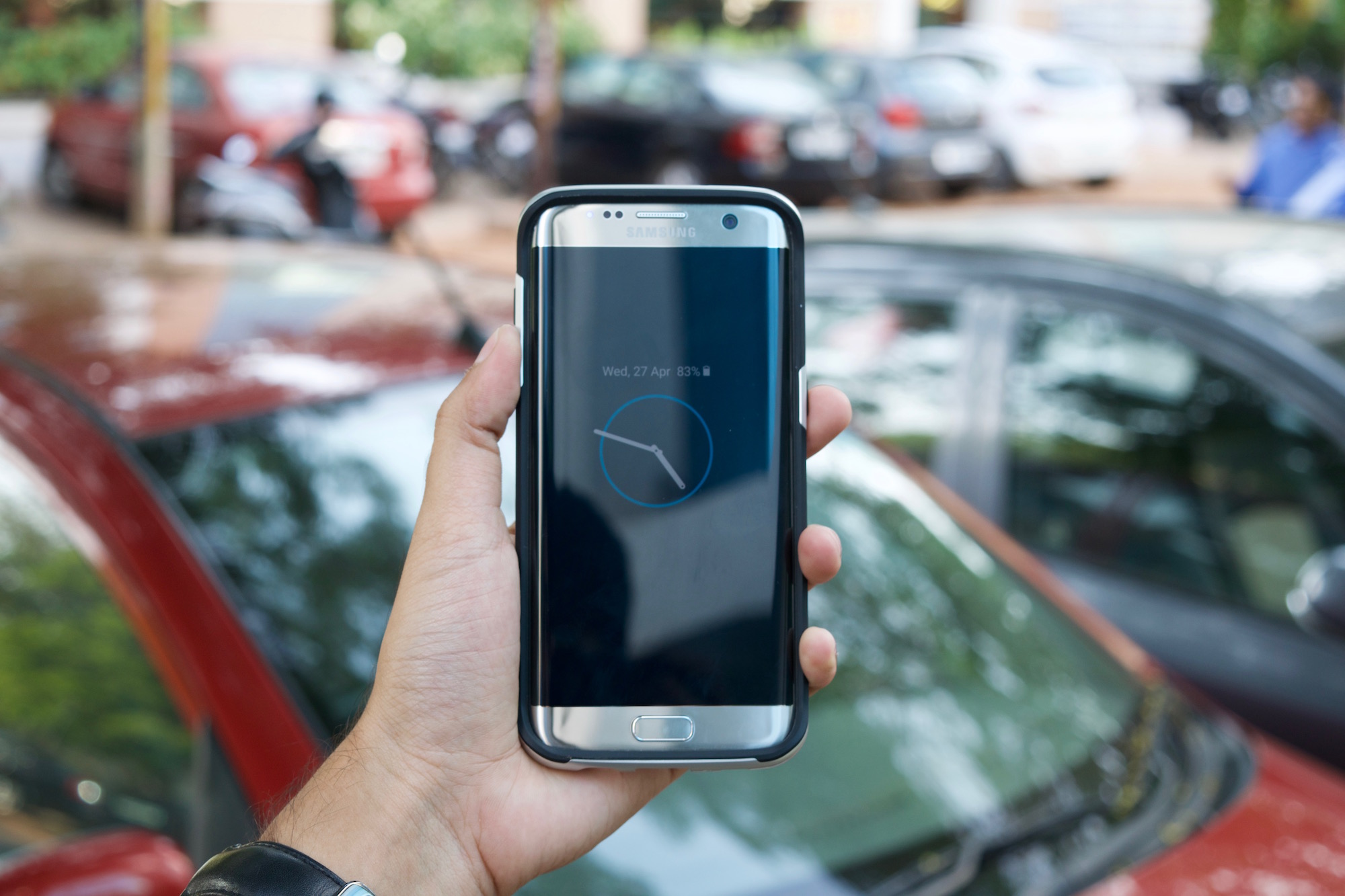 The Neo Hybrid case comes with a dual-layer design with a two-tone color combination. The inner layer is made up of soft-touch flexible TPU material, and the outer frame is made using a hard polycarbonate material. The inner layer has a pattern on the inside, which makes the layer act as a shock absorber for the phone. The upper and bottom lips of the case are raised by a few millimeters from the phone’s front and back surfaces, so neither the display nor the camera lens of the device touches the surface. The covering over the volume and power buttons is made using the same soft touch TPU material as the inner layer of the case. 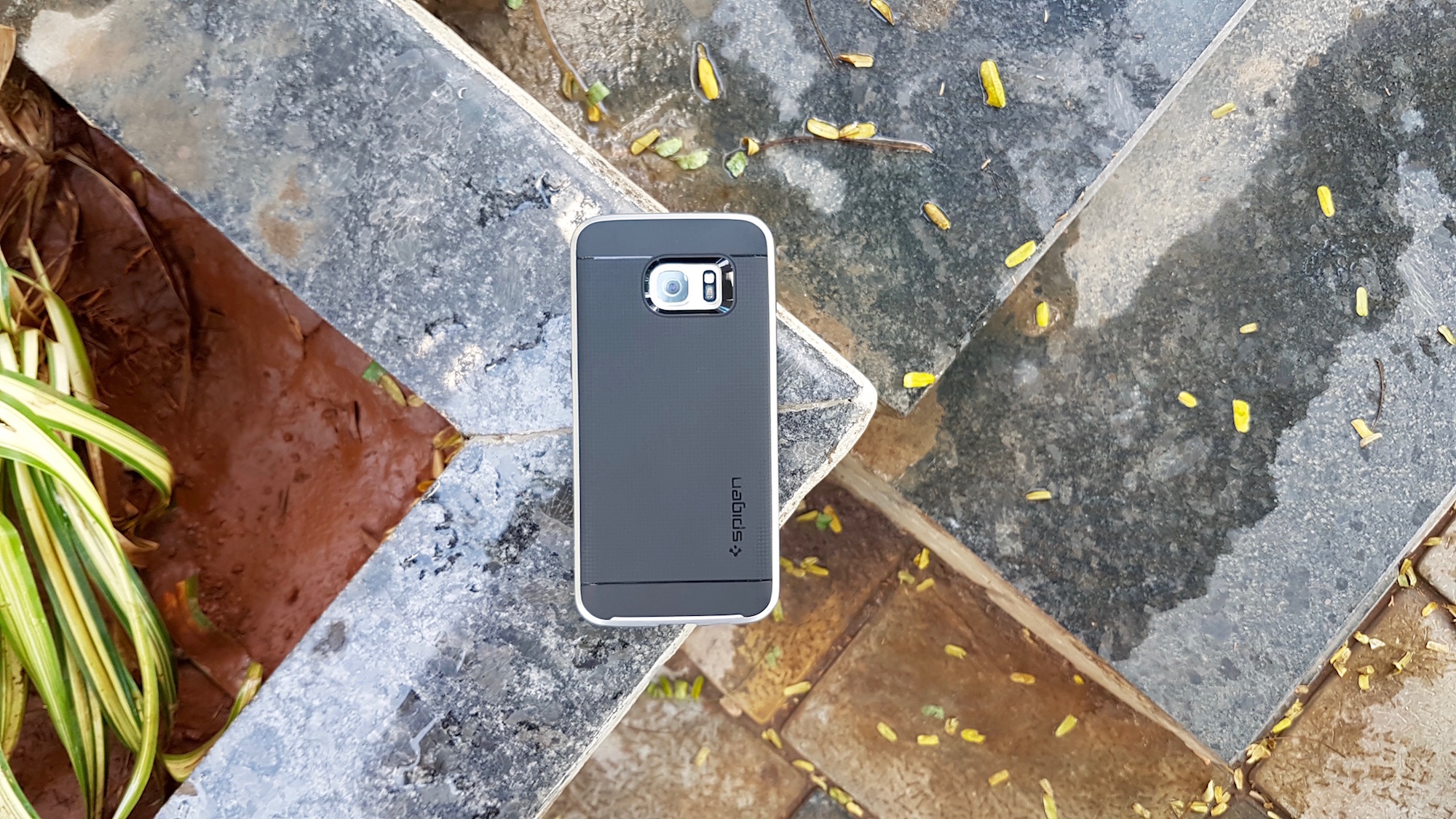 The company claims that the Neo Hybrid case for the Galaxy S7 edge has been certified for military-grade (MIL STD 810G-516.6) protection against drops and shocks. You have to apply some effort to get the phone into the case since the outer frame is hard, but after you manage to fit the phone in, the case protects the device and fits it pretty well. The back of the case is slightly curved on the edges and features a textured finish which makes it easier for the user to grip the device. The raised lip design also makes it easier to pick the device when it is resting on its face on a flat surface.

The S7 edge fell a few times accidentally while I was using this case, sometimes on the corners and sometimes on its face, and the case had no problem protecting the phone from damage. The build quality and materials of the case are pretty impressive. The case didn’t lose its color and the material didn’t chip off in the time of our review. The design is quite accurate, and you won’t face any problems of the case ill-fitting the device. Surprisingly, it was pretty easy to insert the device into the pockets of denim jeans or trousers and to take it out even though it has a soft-touch TPU back with a textured finish. 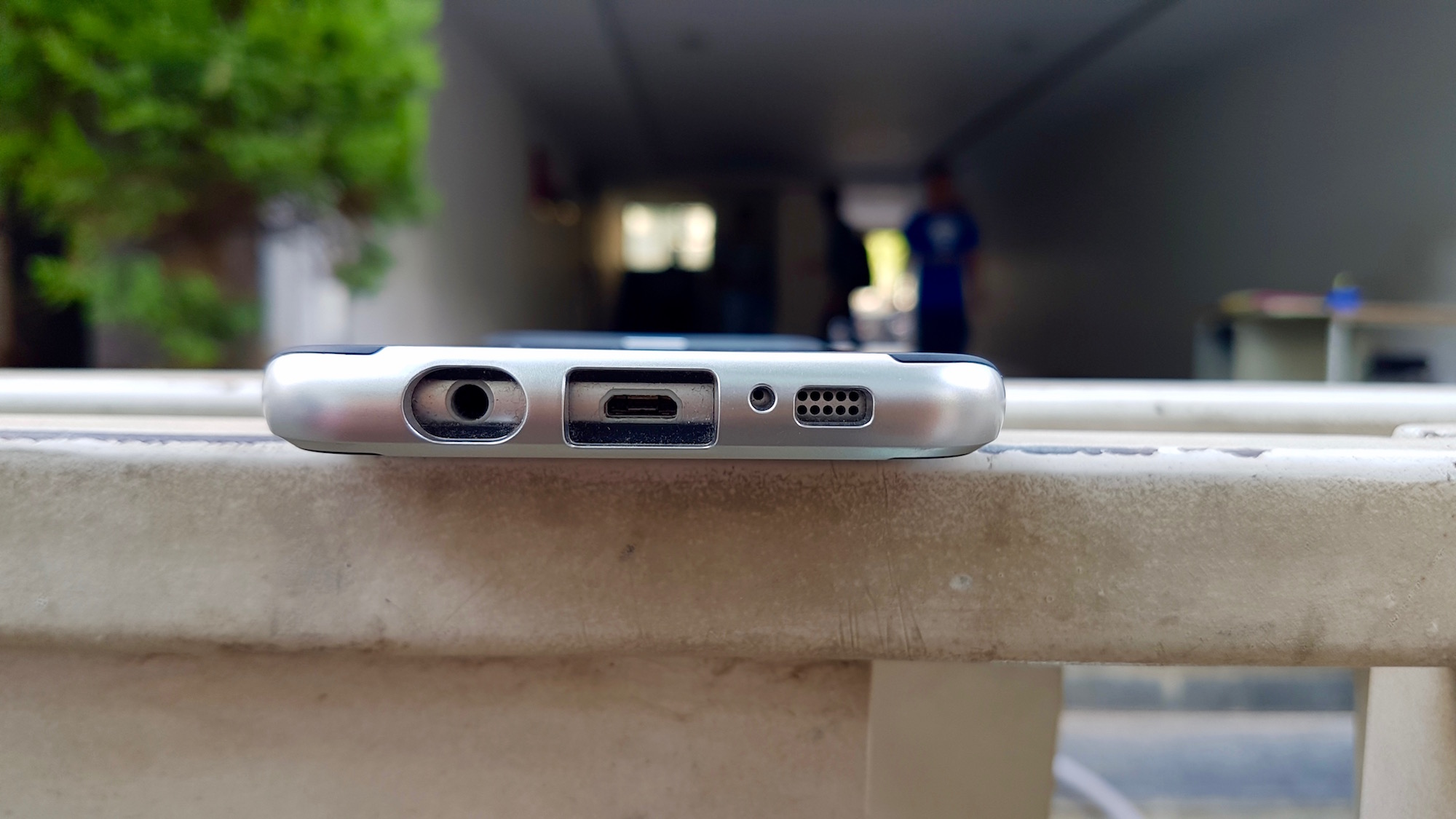 The covering over the volume and power buttons offer a very tactile feedback. There are wide cutouts for the headphone jack, microUSB port, primary and secondary microphone holes, and the loudspeaker grill. It was easy to connect almost all the charging cables and headphones to the device without a need to take the phone out of the case. However, I wasn’t able to connect the Sony MDR-7506’s fat 3.5mm jack to the phone as the opening wasn’t quite wide enough. But then, most of you won’t be using headphones with ports as large as that one. 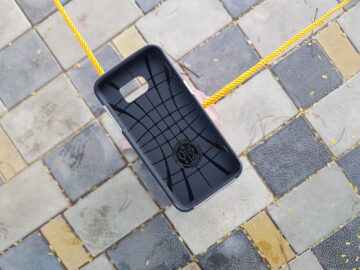 My on-screen typing experience improved immensely when I used the Galaxy S7 edge with the Neo Hybrid case as our palms weren’t accidentally touching the edges of the curved screen, which is a huge bonus. The cutout for the camera at the back is bordered with a shiny and harder TPU material, making it attractive and protective at the same time. The only way you could damage the device is when it falls on its face at a slant angle onto an uneven surface or a sharp object. The biggest hassle I faced was inserting the device into and taking it out from the case when the need arose.

Overall, the Neo Hybrid case was everything I hoped for; it protected the device pretty well from all the sides, wasn’t very bulky, had an ergonomic design, had big enough cutouts for ports, and it was stylish at the same time. It comes with a 2-year warranty, and it’s available in three colors – champagne colors, gunmetal, and satin silver for $34.99 – from the company’s official web store. If you want a good quality case for your brand new Galaxy S7 edge that not only looks good but also improves the protection as well as ergonomics of the device, this case is recommended.

If you’re looking for a thinner case, do check out our review of the Spigen Thin Fit case.