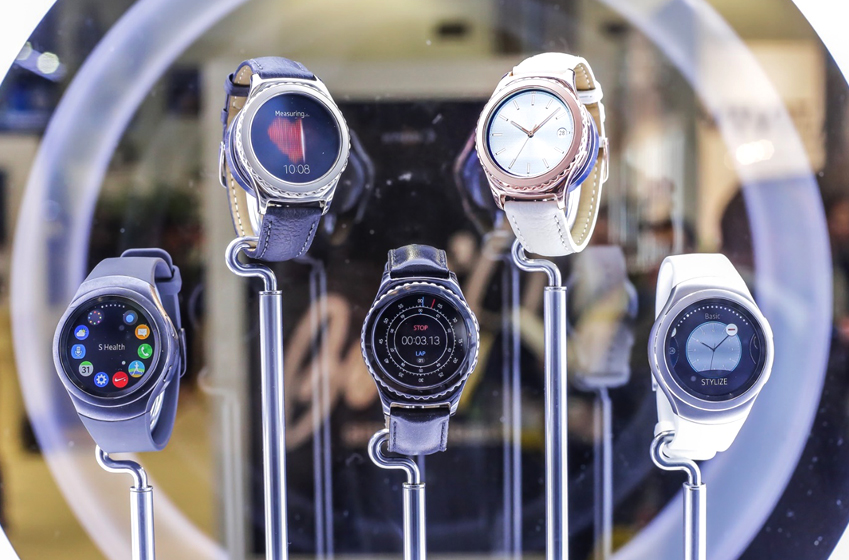 Platinum and Rose Gold variants of the Gear S2 classic are now available for purchase in India. Both these variants are priced at INR 34,500 (around $512) in the country, and they will be available through major retail stores.

The Gear S2 and the Gear S2 classic were launched in India two months ago along with the Gear VR, and the company had announced that it would launch Rose Gold and Platinum variants of the smartwatch by the end of January. However, the launch got delayed.

Three months after launching the Samsung Pay beta for the regular Gear S2 and Gear S2 Classic in the United States, Samsung has today introduced compatibility for the 3G/4G variant. Thanks to a recent software update, the mobile payment platform should already be installed on newly-supported models of the watch, so all you have to do to get started is […]

Before I got the Rose Gold Gear S2 Classic , I was not a fan of watches. I bought one a few years ago, wore it a few times, and after a short while I didn’t look at it again. Why wear a watch when I have my phone with me all the time? When my boyfriend started […]

Less than an hour ago, Samsung finally took to the stage to take the wraps off the much-anticipated Gear S3 classic and Gear S3 frontier, and after playing around with the devices for a short while, we are pleased to report that we’re very impressed with the refined design and slew of added functionality that […]

It’s no secret Samsung is preparing the launch of its next, round smartwatch, unsurprisingly called the Gear S3. Now, a trademark application confirms the device, like it predecessor, will come in a Classic variant as well. Last year, Samsung launched the much-praised Gear S2, which is sold in a regular as well as a classic version […]