Google started the Google Play edition initiative to offer consumers regular non-Nexus smartphones with stock Android and quick access to the latest updates, and Samsung participated by launching the Galaxy S4 Google Play edition (GPe) back in 2013. Everything was well and good until earlier this year, when the Galaxy S4 GPe became the only GPe device to not have received the Android 5.1 update. We reported that the update would someday make it to the phone, and that day has finally arrived, at a time when most users of the S4 GPe probably don’t care any more.

To make matters worse, this update is based on 5.1 instead of 5.1.1, though we’re guessing (read hoping) it incorporates all the latest fixes and improvements. Android Police reports that the update is build LMY47O (which came out way back in April for Nexus smartphones), and is available over the air right now. If you’re one of the few that actually bought the Galaxy S4 GPe, you should be able to grab the update from the Settings » About phone » System updates menu, or you can download the OTA file from the source link and try to sideload it using a PC. 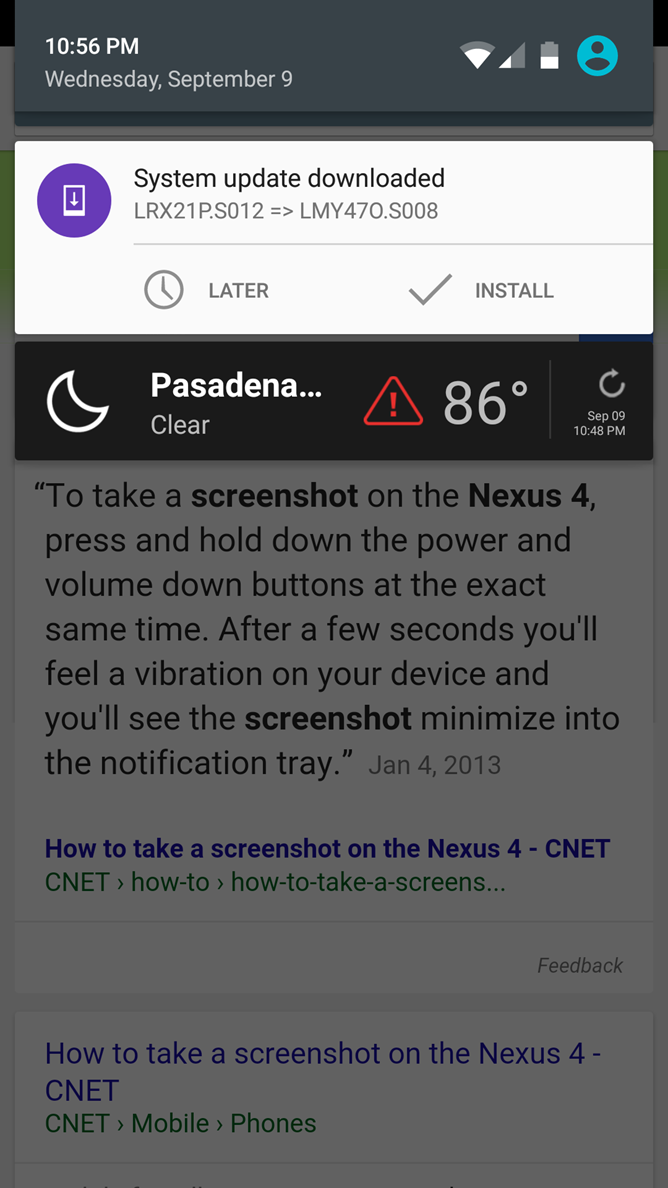