Last month, it was revealed that Samsung will start providing themes for TouchWiz in some of its devices such as the Galaxy A3 and the Galaxy A5, but it wasn’t clear how themes would affect the user interface and by what margin. Now, folks over at GSMArena have previewed the Galaxy A3 and they have explained more details about themes for TouchWiz. Currently, Samsung has provided five themes with the Galaxy A3 (and most probably with the Galaxy A5 and the upcoming Galaxy A7); Basic, Natural, Craft, Classic, and Sweet. According to the website, themes on TouchWiz would only change the default wallpaper, system icons, and system colours scheme, however it doesn’t affect the notification area or any non-system apps or submenus. If you were dreaming about stock Android like themes or any other drastic changes by applying themes, you’re out of luck. As this is the first time Samsung is providing themes, we hope that they bring even more customisability to TouchWiz UI with future version of themes. 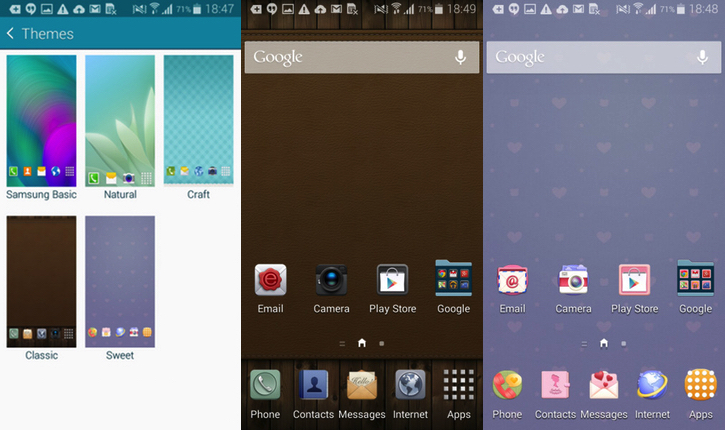