Samsung’s upcoming AMOLED display-toting tablet has made a considerable leap forward in its path to market availability, as the device has been approved by the FCC. The FCC has approved both the 3G (SM-T801) and LTE (SM-T805) models, and thanks to the dimensions listed in the FCC database, it’s pretty much confirmed that the tablet will sport a 10.5-inch display. The certification website also reveals the battery capacity of the device – the listed rating is 30.02Wh at 4.35 volts, which equals 6,900 mAh. That’s a somewhat low battery capacity for a high-end 10.5-inch tablet, so it could be that Samsung is banking on things like its new Ultra Power Saving Mode feature, which will be present on the AMOLED tablets.

We already know some of the specs of the AMOLED tablet, thanks to the appearance of one of the variants on the GFXBench benchmark database last week. It will sport a 1.9GHz octa-core Exynos CPU, 3GB of RAM, 2560×1600 display resolution, 16GB internal storage, an 8-megapixel rear and 2-megapixel front-facing camera, and Android 4.4.2 KitKat. It’s unknown if the AMOLED tablet will be part of the Galaxy TabPRO series – it probably won’t be, since the addition of a 10.5-inch model next to the existing 10.1-inch model could be confusing for consumers.

No information yet on the pricing and release info, though you can expect the tablet to be as costly as those in the Galaxy TabPRO series. 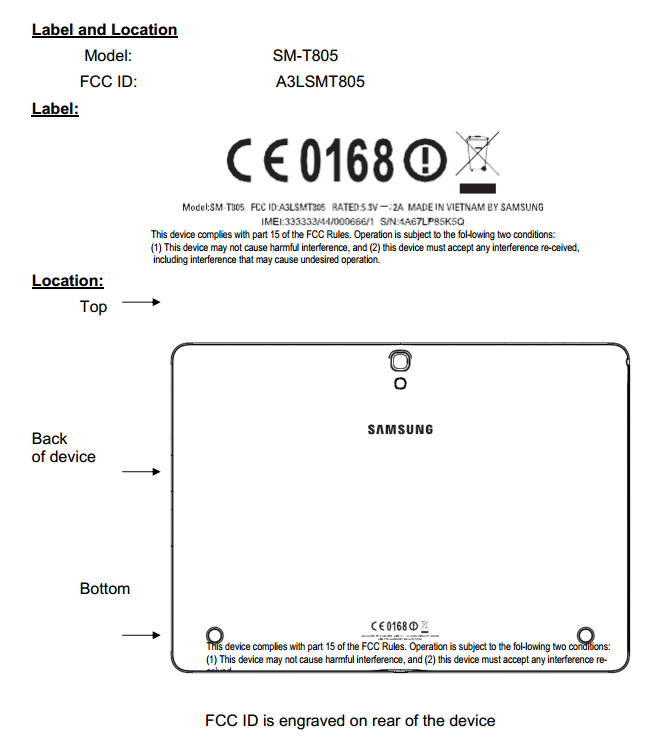 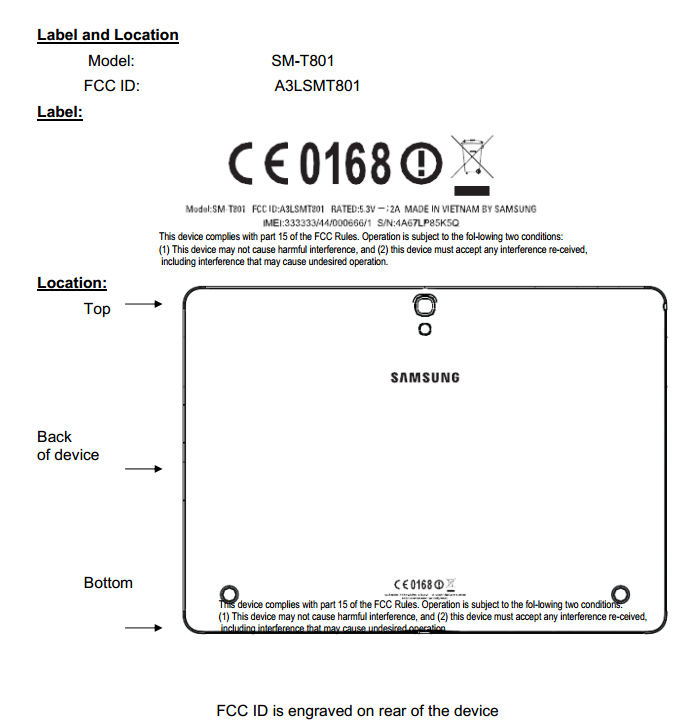