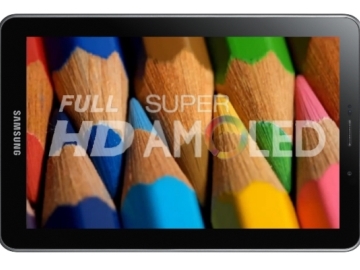 We’ve been looking forward to a Samsung tablet with an AMOLED screen ever since rumors started swirling about the fact that the company is working on multiple such tablets, and now a report by ETNews says we could see Samsung unveil a 10.5-inch tablet with an AMOLED display as soon as next month, with an announcement at CES. According to the same report, the Galaxy Tab 7.7, the one and only AMOLED tablet that Samsung launched back in 2011 didn’t get too good of a market response, but that the Korean manufacturer is planning to be much more aggressive this time around.

The report comes less than a week after what could be a new Galaxy Tab sporting this AMOLED screen was found in a shipping manifest, and follows another report that mentioned Samsung is working on both 8-inch and 10-inch AMOLED tablets, so we wouldn’t be surprised if people are able to buy the AMOLED tablet as early as February. We’re trying hard to get more details on this tablet from our insiders, and needless to say, will update you guys with all the info that we receive.