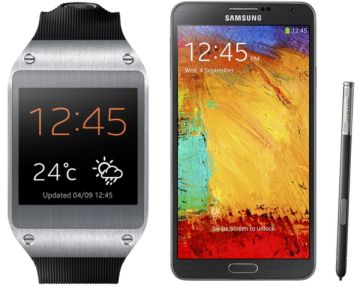 US Cellular customers can now get their hands on Samsung’s Galaxy Note 3 and its companion Galaxy Gear smartphone, as the carrier has started selling the two devices from today. Those interested can find either device both online and in stores – the Galaxy Note 3 is being offered only in Jet Black and will cost $299.99 on a two-year commitment, while the Galaxy Gear will cost the same, though you’ll be getting it outright instead of on a contract.

If you’re still undecided on whether the Galaxy Note 3 and Galaxy Gear are devices worthy of purchase, don’t forget to check out our reviews of the two here and here (hint: they’re definitely worthy of a purchase, though we’d recommend holding off on the Galaxy Gear until the price drops and/or it gets more third-party apps support.)