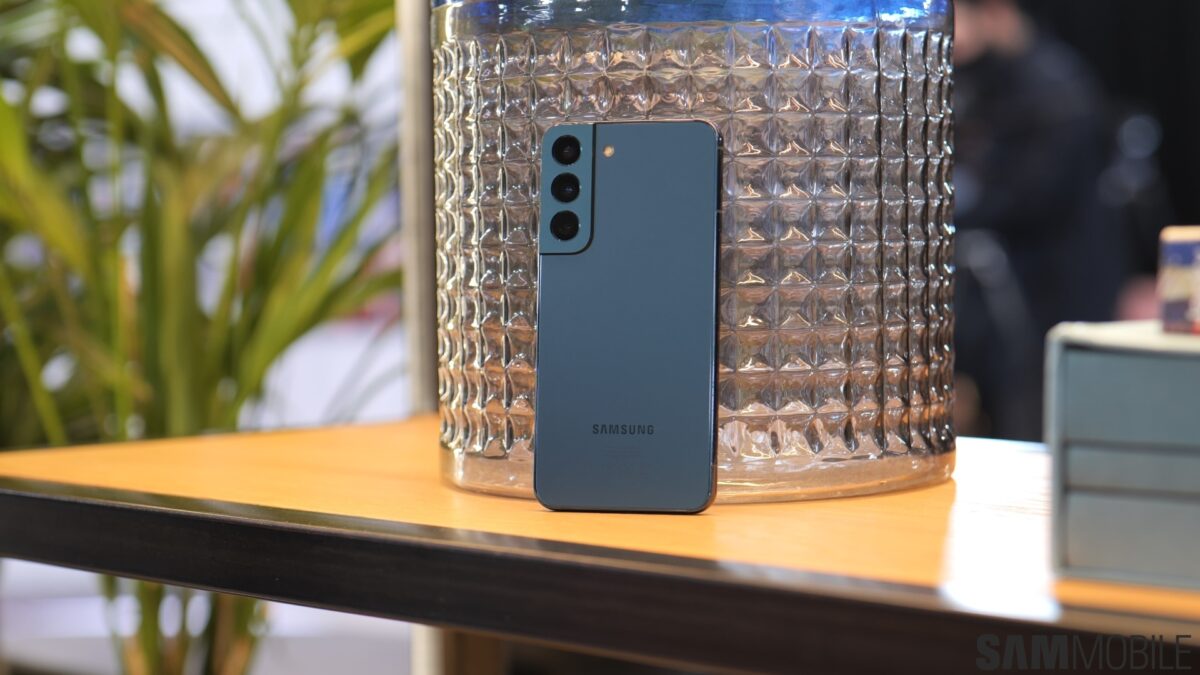 While very powerful, the Galaxy S22 is small enough to almost pass as a ‘Mini’ smartphone. It’s thinner and only marginally taller and wider than the Galaxy S10e, but it has a more durable Armor Aluminum frame and Gorilla Glass Victus+ protection at the front and back.

Samsung’s latest flagship is certainly attractive, and it’s almost a shame that it will end up wrapped in a protective case in most situations. Then again, it costs $799/£769/€849, and many customers will want to protect their investment.

The Galaxy S22 is relatively easy to repair, but why bother repairing a device when you can avoid damaging it? And plenty of companies — including Samsung — thought the same and are willing to sell you a bunch of protective case designs for the latest flagship.

Want a kickstand? You got it. How about a rugged shockproof solution? There are options. So without further ado, here are some of the best Galaxy S22 cases you can buy right now before the flagship arrives in the mail next month.

If you’re looking for protection and a kickstand, the Galaxy S22 Protective Standing Cover offers both. It has ridges on the back panel design and grippy edges. The kickstand snaps off to prevent damage in case too much pressure is applied. However, this safety feature also doubles as a personalization tool, as customers can customize their Protective Standing Cover cases with a wide variety of custom kickstand designs.

The Galaxy S22 Leather Cover offers decent protection and, more importantly, a fine leather finish in three color options. It’s soft to the touch and slim, so it ‘fits like a glove,’ as Samsung puts it. It’s available in Black, Light Gray, and Forest Green.

Samsung redesigned the S-View Flip Cover for 2022. Instead of a narrow transparent notification window, the Galaxy S22 S-View Flip Cover has a rectangular window with a more conventional aspect ratio. This window allows the always-on display to show interactive widgets and useful information at a glance.

The Galaxy S22 LED View Cover has similar functionality to the S-View flip cover in that it offers interactive notifications. However, the cover has embedded LEDs instead of a cut-out window. And there’s a convenient credit card holder behind the flip cover.

Moving on to third-party solutions, the Ringke Fusion is an anti-yellowing hard-back shockproof case with a starting price of $12.99 at Amazon. The basic model is clear, but you can also find the Ringke Fusion case in a couple of colorful designs.

Another good transparent case for the Galaxy S22 is the Humixx Crystal Clear. It has a TPU bumper with four shock-absorbing airbags applied to the interior of each corner. It uses a yellowing-resistant material and promises military-grade shockproof.

Another Spigen case that made this list is the Galaxy S22 Thin Fit. It’s made of a hybrid structure of scratch-resistant PC and TPU with Air Cushion Technology. It has a lightweight, thin design with a matte finish, and it follows Samsung’s camera housing design.

The Caseology Parallax has a unique design with a hexagonal pattern (called 3D Hexa Cube Design) on the middle of the back panel and grippy edges. It certainly gives the Galaxy S22 a different look, and it also comes with a screen protector. It’s available in four color options: Midnight Green, Burgundy, Indi Pink, and Matte Black.

The VRS Design Terra Guard Crystal is a more rugged case, and it shows. It’s clear, with a clean design, but it has an industrial look nonetheless. The official description claims it’s made of flexible TPU and quality PC to protect the Galaxy S22 from shocks and heavy falls.

Galaxy S22 customers who are looking for complete 360-degree protection for their flagship might want to check out the Oterkin Waterproof Case. It’s essentially an IP68-rated box with a built-in screen protector that wraps around your Galaxy S22, and of course, it doesn’t interfere with touchscreen responses.