Samsung doesn’t need competition to keep crushing it with foldables 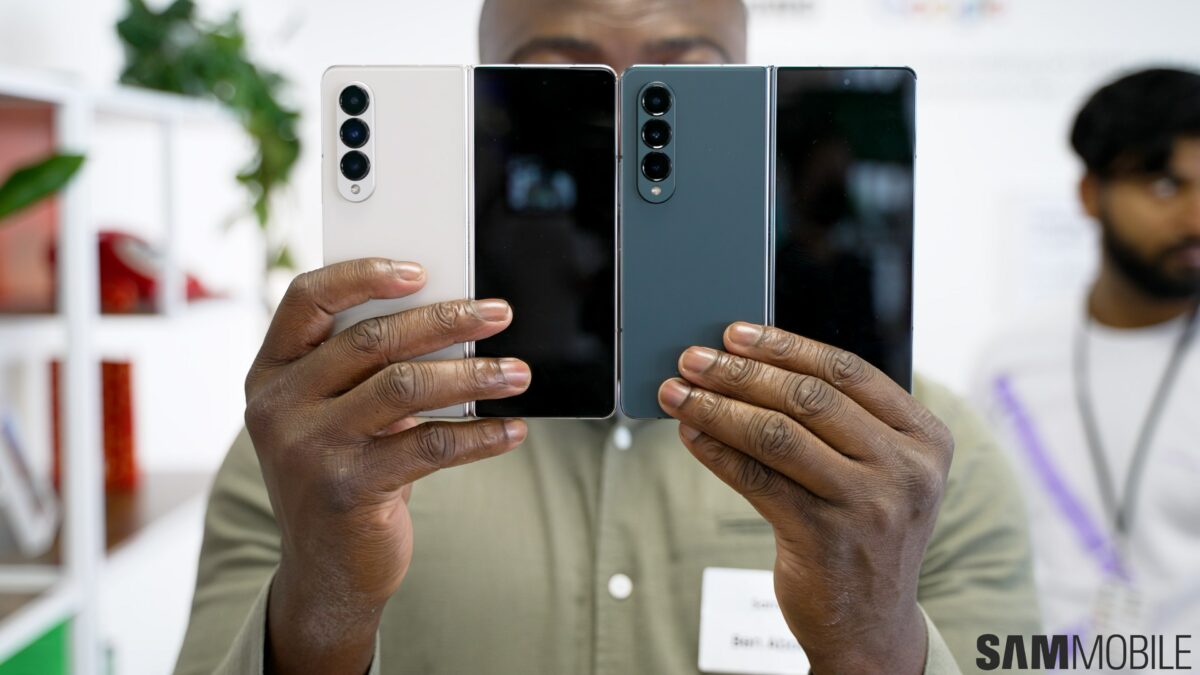 Competition among businesses is always great for consumers. They get higher quality products at better prices because multiple companies are fighting over the customer. That’s one of the reasons why leading economies across the globe have robust regulatory mechanisms in place that prevent monopolization and cartelization to protect consumers.

Businesses tend to be complacent when there’s no competition. Many great companies have been reduced to the pages of history simply because they didn’t feel their position was under threat or that the competition could catch up to them.

BlackBerry used to be one of the world’s leading phone companies. However, the company got it horribly wrong as trends began to shift in the market in the late 2000s. Its dominance over the market eroded and nobody even thinks about BlackBerry phones anymore. Nokia suffered a similar fate even though it was one of the most recognizable phone companies across the globe.

Once titans of the industry, these companies had long periods of growth where they didn’t face any real challenges. Their products stood out from the rest and attracted lots of customers. It almost felt that these companies were too big to fail. Ultimately it felt that they didn’t really see a need to push the envelope. Customers were lining up to buy their products even if they didn’t make any revolutionary upgrades, so why try to fix something that’s not broken?

It’s easy to take your eye off the ball in this situation. The competitors build enough momentum and before you know it, they’ve got you surrounded. Despite your best attempts, it’s very difficult to bounce back. Both BlackBerry and Nokia made multiple attempts to regain their foothold in the smartphone market. Both ended up licensing their names to Chinese device makes because no one else would even consider buying their phone divisions. Microsoft made that mistake on Nokia’s phone division and ended up losing around $8 billion.

As the world’s top smartphone vendor by volume, Samsung faces a very competitive environment. In the low-end and mid-range segments, it’s up against a plethora of Chinese OEMs in lucrative emerging markets across the globe. In the flagship segment, Apple’s iPhones have long remained its best competitors. However, Apple’s walled-garden approach makes it very difficult for people in the ecosystem to even consider switching.

There is one segment where Samsung has had no competition for the past three years. Foldables. The original Galaxy Fold came out in 2019 and while it was essentially an extended proof of concept, it faced no competition in the market. In 2020, Samsung came out with the Galaxy Z Fold 2 and the Galaxy Z Flip. The latter would come to define the clamshell foldable handset. The following year, Samsung released the Galaxy Z Fold 3 and the Galaxy Z Flip 3, again with no real competitors up against it. Motorola did have a Z Flip 3 rival but it lacked in so many areas that it’s not even a fair comparison.

That’s not to say that nobody else has made foldable smartphones. Popular Chinese manufacturers like Huawei, Oppo, Xiaomi, and others have all tried their hands at foldables. Motorola launched its new Razr a couple of days after Samsung unveiled the Galaxy Z Flip 4 earlier this month. Xioami’s Mix Fold 2 seeks to take on the Galaxy Z Fold 4, but that’s just wishful thinking on Xiaomi’s part.

Chinese manufacturers face difficulties in bringing their foldable smartphones to the US. With access to one of the world’s most lucrative markets cut-off, this essentially provides Samsung with a clear playing field. They’re also unable to meet the scale and volume at which Samsung has brought foldables to markets across the globe. Consequently, even as would-be challengers have emerged, Samsung has faced no real competition ever since it launched foldable phones in 2019.

The assumption some would have is that Samsung will ultimately become complacent. Why would it feel the need to push the envelope on foldables when it knows that nobody can provide an alternative at the scale at which it has been growing its foldable smartphone market share. Those fears are unfounded. Complacency is a word that doesn’t exist in Samsung’s dictionary.

How its foldable smartphones have evolved in just three years even as it faced no competition is proof enough. The original Galaxy Fold left a lot to be desired, particularly after its botched launch. Many questions whether this would be another one of Samsung’s side projects like the Galaxy Round or the Galaxy Note Edge. The Galaxy Z Fold 2 put all of those doubts to rest and the Galaxy Z Flip showed that Samsung was serious about this category. The very next year, Samsung improved these devices further by launching the world’s first water-resistant foldables, making more durability enhancements, and providing unmatched software support.

Samsung has consistently been pushing the envelope on foldables because it understands that this form factor is the future of smartphones. It has wonderfully leveraged its first mover advantage to make the Galaxy Z devices synonymous with foldable phones. It’s simple enough. If you mention foldables to someone who follows the industry, do you think they’ll talk about Samsung or some other OEM?

Let’s not forget that for nearly a decade, the Galaxy Note series was the only flagship phone with a stylus on the market. It had no competition. Yet, Samsung made incredible improvements to the series with every new iteration so much so that the Galaxy Note became its best-selling series with a very loyal customer base.

If Samsung didn’t become complacent back then, there’s no reason to believe that it will become complacent now as it once again reshapes the course of the smartphone industry’s future. We’ll see its foldable smartphones go from strength to strength in the coming years. The company may also expand its foldable technology to tablets, a move that may reignite the falling fortunes of the tablet market.

Samsung has a stated goal of making foldable smartphones account for 50% of all flagship phone sales by 2025. Considering the rate at which its foldable sales are increasing, the company will surely be able to achieve that target sooner rather than later.