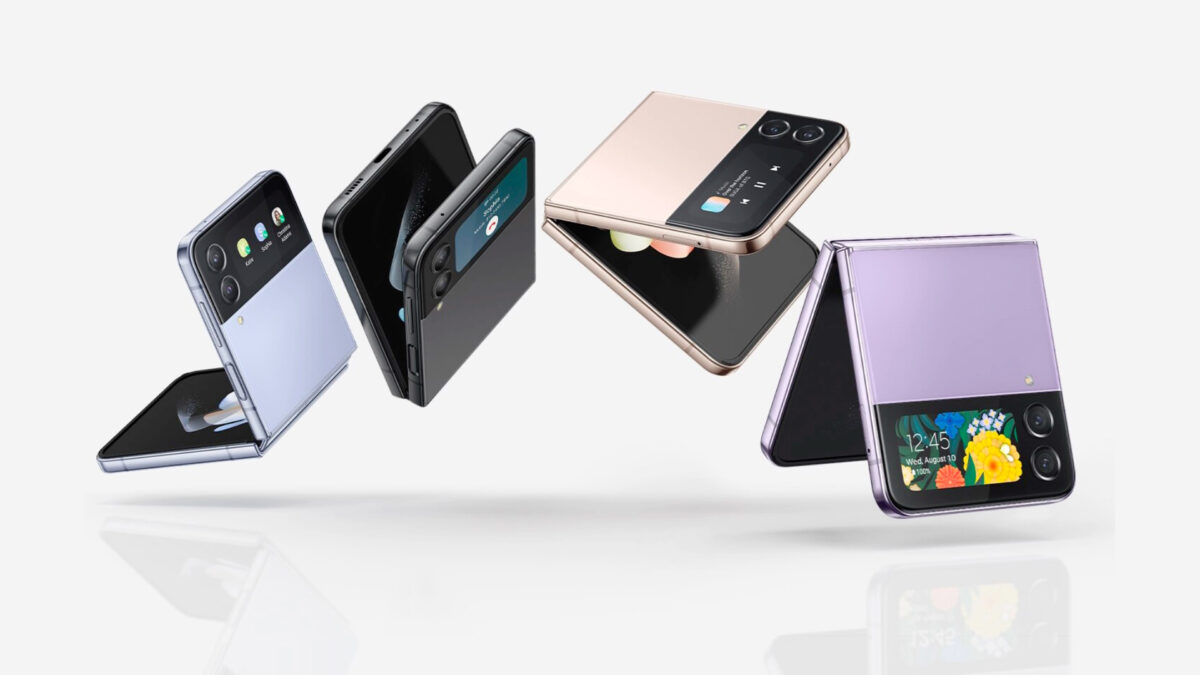 It’s safe to say that the Galaxy Z Flip is now one of Samsung’s most popular devices. This status has been cemented by the Galaxy Z Flip 3. The clamshell foldable sold better than what the company had anticipated. Almost 70% of all its foldable shipments last year were accounted for by this device.

We’re just a couple of days away from the launch of its successor, the Galaxy Z Flip 4. Samsung fans couldn’t be more excited. It goes without saying that the Galaxy Z Flip 4 has big shoes to fill. The outgoing model did an exceptional job in solidifying the handset’s position as a device to see and be seen with.

All of the leaks so far have shown that Samsung has not made any major design changes to the Galaxy Z Flip 4. It looks more or less the same as the outgoing model. One major difference is the slightly larger cover display. It shows that Samsung’s focus has been on small but meaningful improvements this year.

On the surface, it may seem like in the absence of major upgrades, there may not be a lot of interest from customers in the new product. I’d argue that on the contrary, this exercise in refinement is what will make the Galaxy Z Flip 4 sell like hot cakes. Samsung has employed this strategy successfully multiple times in the past with its Galaxy S series.

One year, it would give you a flagship that had revolutionary changes both in design and substance. The following year, the updated model wouldn’t bring drastic changes, but it would just refine and perfect everything that left a bit to be desired the previous year. Ultimately, customers would see the value in that and purchased. Furthermore, this would also entice those who had been on the fence about buying the device last year to finally open their wallets.

We’re seeing a return to this strategy from Samsung for the Galaxy Z Flip 4. For example, the cover display clearly needed to be bigger on the outgoing model. The upcoming foldable brings a larger cover display that’s going to be much more useful. As a result of this meaningful change, users wouldn’t have to unfold their devices as often as they did before.

Nowhere is the brilliance of this strategy more prominent than in the battery department. The 3,300mAh battery of the Galaxy Z Flip 3 was clearly not enough, even though it could punch above its weight and get you through the day. Most users felt that a higher capacity would have been better. Many potential customers held off on purchasing the device because they felt that the battery just wouldn’t be enough to meet their demands.

This year, Samsung has managed a 12% increase in battery capacity. The Galaxy Z Flip 4 comes with a 3,700mAh battery. Accomodating the battery in the very limited space inside the device required an engineering masterclass from Samsung. The company made it possible by slightly slimming down the hinge to make enough space for the larger battery.

The higher capacity coupled with the power efficiency derived from the new chipset should add at least 4 additional hours of usage to the device. This might seem like a minor change but for many potential customers, this removes a major limitation, and that’s precisely why they might finally consider buying the device.

The Galaxy Z Flip series now has solid pedigree. All those who had been on the fence have seen with the Galaxy Z Flip 3 that this device is more than capable of withstanding the rigors of daily use. The IPX8 water resistance rating that Samsung added to the device last year also encourages those who had concerns about the durability of foldable smartphones.

A lot more customers will now be willing to buy this device. With Samsung perfecting many of the areas that the Galaxy Z Flip 3 was lacking in, it wouldn’t be a surprise when the Galaxy Z Flip 4 ends up shattering Samsung’s foldable sales records.

As someone who has been using the Galaxy Z Flip 3 ever since it came out, I couldn’t be more excited about upgrading my device. It’s been an absolute joy using the clamshell foldable this past year. The opportunity to use a vastly improved iteration of it is just too good to pass up.