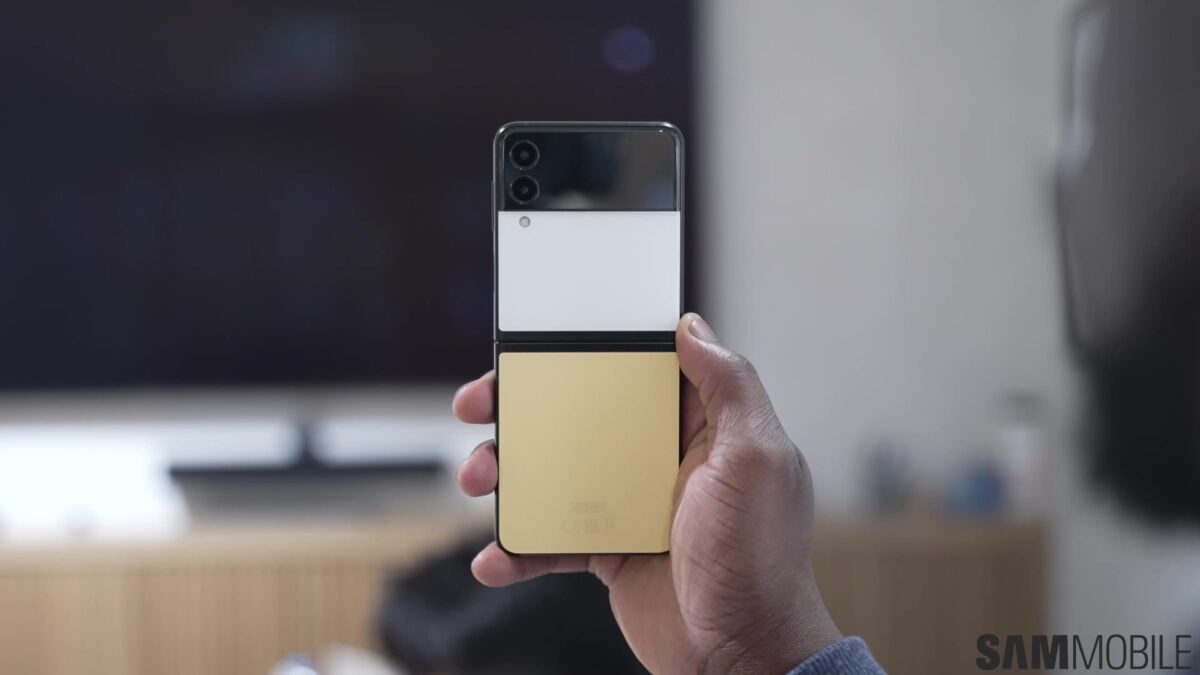 The Galaxy Z Flip 3 is a great device but its battery life certainly had room for improvement. That was one of the changes that fans were hoping for Samsung to make with its successor. Earlier reports have suggested that the Galaxy Z Flip 4 is going to have a larger battery.

A new leak has now surfaced which highlights exactly how Samsung was able to fit a larger battery inside the Galaxy Z Flip 4. It’s impressive, considering that the Galaxy Z Flip 4 isn’t much larger or thicker than its predecessor.

The 3,300mAh battery of the Galaxy Z Flip 3 definitely needed an upgrade for the 2022 model. Samsung has followed through with a larger 3,700mAh battery. This capacity has been quoted in earlier leaks. There’s little to no doubt about it being accurate now.

As per the latest leak on Twitter, Samsung made the Galaxy Z Flip 4 hinge slightly smaller to accommodate the larger battery. The hinge is 5mm slimmer compared to the Galaxy Z Flip 3. This allowed Samsung to achieve a 12% increase in battery capacity by moving the device from 3,300mAh to 3,700mAh. The leaked figures suggest that this improvement will be enough for up to 4 hours of additional use per day.

That obviously depends on what you’re doing, but it will be a noticeable improvement nonetheless. The Galaxy Z Flip 4 also supports super fast charging. It will charge up to 50% in around 30 minutes when a 25W or higher charger is used.

It’s great to see that Samsung has addressed one of the pain points of the Galaxy Z Flip 3. Since not much has changed in the design department, it’s meaningful improvements like these that will make customers want to buy the upcoming device.

The Galaxy Z Flip 4 will be unveiled at Samsung’s August 10 Unpacked event. The device will most likely hit the market before the end of this month. 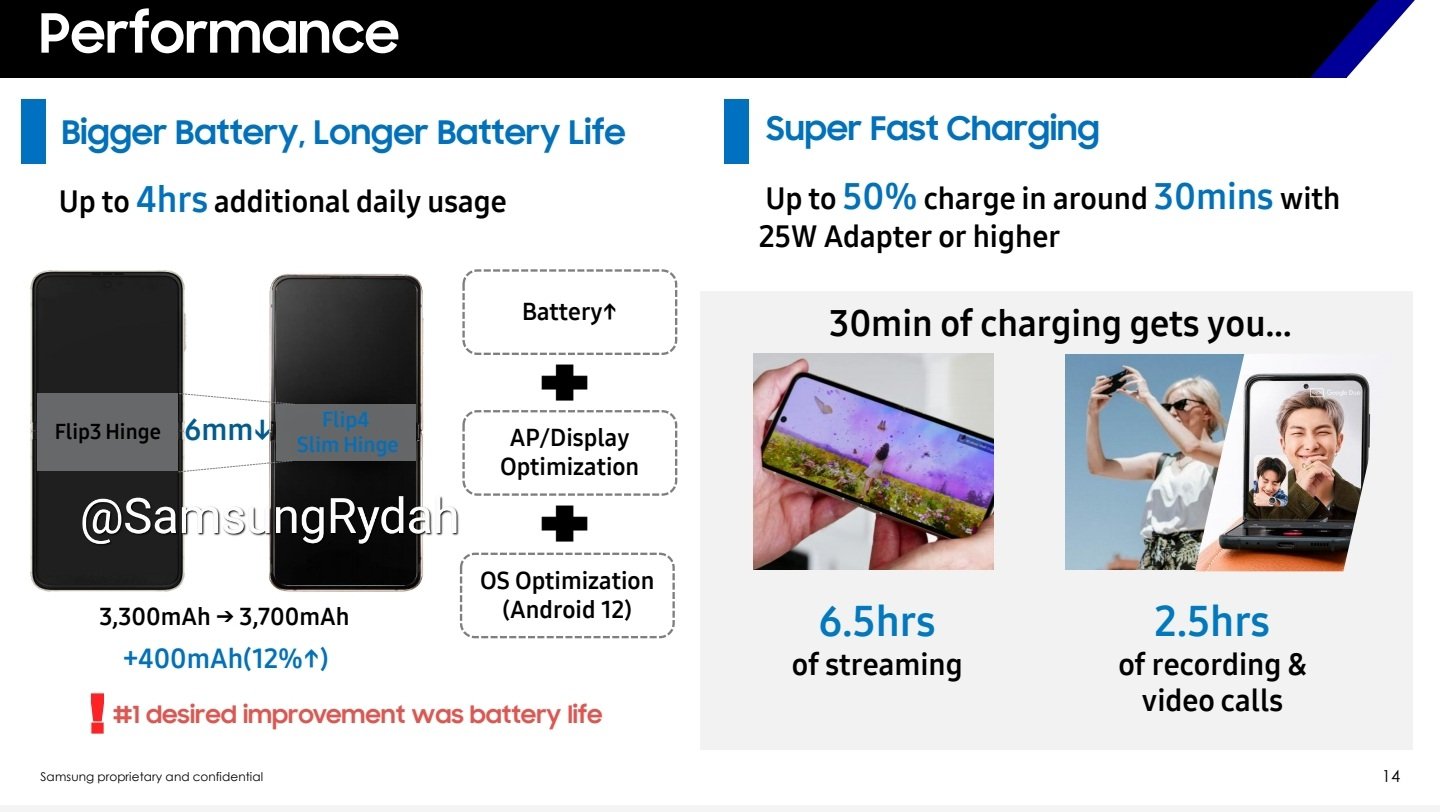