Aside from the completely new design, the Galaxy Buds Live brings a feature that many have long been waiting for. Active Noise Cancellation finally comes to Samsung’s wireless earbuds, as confirmed by the company’s own app.

Galaxy Buds Live is looking like a very robust product

Since the design is so fundamentally different compared to the Galaxy Buds+, the app also has a short guide that teaches the user how to properly wear the earbuds. The case has a touch sensor that can perform a variety of tasks in response to your taps like volume control, audio playback control and more.

By default, touching and holding down on either earbud will enable active noise cancellation. Additionally supported gestures include touch and hold for pairing, single, double and triple tap.

Going by what we know so far, the Galaxy Buds Live will also offer an improved audio experience and the larger battery will allow for more listening time. A price tag has not yet been confirmed but expect them to carry a slight premium over the Galaxy Buds+ that cost $149.99.

Samsung is likely going to unveil the Galaxy Buds Live on August 5 alongside the Galaxy Note 20 series and the Galaxy Z Fold 2. 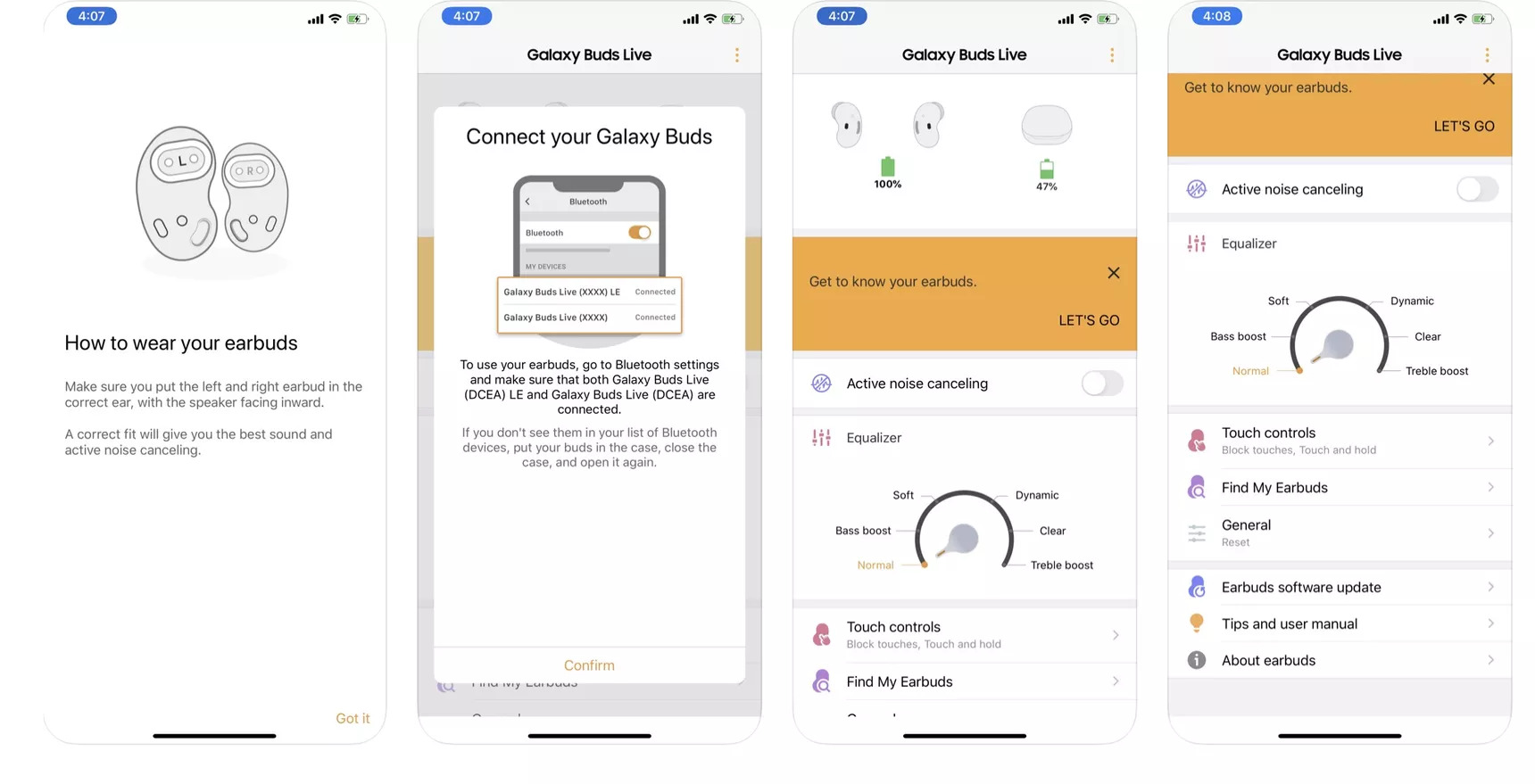 This is how you will have to put in your Samsung Galaxy Buds Live (or BEANS).