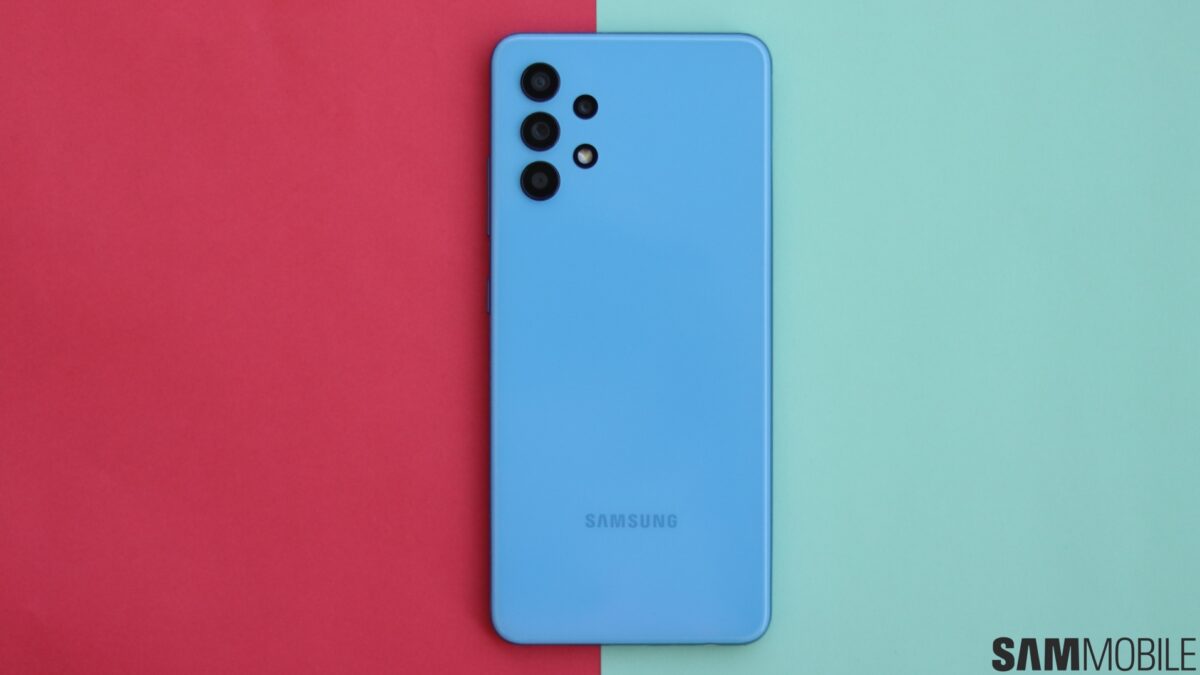 One thing that Samsung has been doing well with its mid-range smartphones is their high battery capacities. Most Galaxy A and Galaxy M series phones are powered by 4,500mAh or larger batteries. Batteries powering the Galaxy F62 and the Galaxy M51 go as high as 7,000mAh, lasting up to two days even with heavy usage. Now, the company appears to be working on another mid-range smartphone, the Galaxy M32, with a big battery.

A new battery from Samsung has been certified by DEKRA, a safety certification company. Going by the battery’s model number (EB-BM325ABN), it could power the Galaxy M32. It has a rated capacity of 5,830mAh, which means that Samsung could market it as a 6,000mAh (typical) battery. The Galaxy M32 will most likely be based on the Galaxy A32 that was launched earlier this year.

Galaxy M32 specs could be similar to Galaxy A32

If the Galaxy M32 is anything like the Galaxy A32, it could feature a 6.4-inch Super AMOLED display with a 90Hz refresh rate. It will most probably launch with Android 11 (with One UI 3) onboard and come powered by the MediaTek Helio G80 processor. The phone could have a 20MP selfie camera and a 64MP+8MP+5MP+5MP quad-camera on the rear. It could be a 4G phone with Wi-Fi 5, Bluetooth 5.0, USB Type-C port, and a headphone jack.

When Samsung releases a Galaxy M series version phone of a Galaxy A series device, it changes the styling a bit and uses a higher-capacity battery. Hence, the Galaxy M32 appears to feature a 6,000mAh battery when compared to the Galaxy A32’s 5,000mAh one. 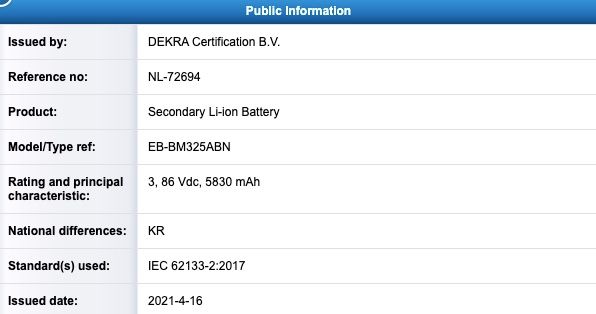