Business By Dominik B.

Samsung recently recorded another major win in the world’s most valuable smartphone market — the United States — and somehow even managed to do so at the direct expense of its largest rival Apple. New industry insights suggest the company closed the gap with the iPhone maker in the online handset sales department. Following the conclusion of Q1 2020, Samsung is estimated to be holding 37% of the segment against Apple’s 38-point share of the lucrative smartphone pie.

The development hence saw the South Korean tech giant improve its online smartphone sales by 30% compared to the first quarter of 2019, Counterpoint Research reports. Primarily due to the silver-lining effect of the global coronavirus pandemic which began significantly impacting the U.S. near the end of the observed period. 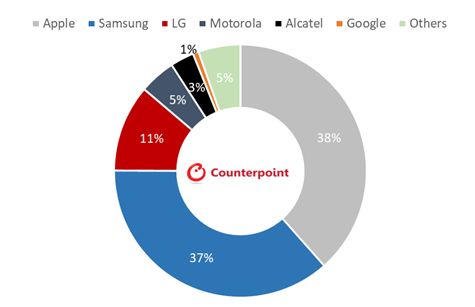 Naturally, none of that is to say that 2020 has been a good year for Samsung so far. It’s hard to imagine it turning out really well for pretty much anyone in the consumer electronics space, to be frank. Yet this unexpected upswing arrives as a blessing in disguise ahead of a crucial Galaxy Unpacked event believed to be scheduled for early August. The happening should encompass the unveilings of no fewer than three ultra-premium smartphone lineups from Samsung: the Galaxy Note 20 family, Galaxy Tab S7 range, and the much-anticipated Galaxy Fold 2 foldable.

Samsung will surely be hoping all of those luxurious products combined will help make up for at least some of the disappointing Galaxy S20 sales which it previously blamed on the ongoing health crisis and instabilities stemming thereof. The top smartphone manufacturer on the planet is also likely to continue introducing extremely generous, borderline aggressive promotions in the second half of the year as part of large-scale efforts meant to mitigate the effect of the COVID-19 crisis. 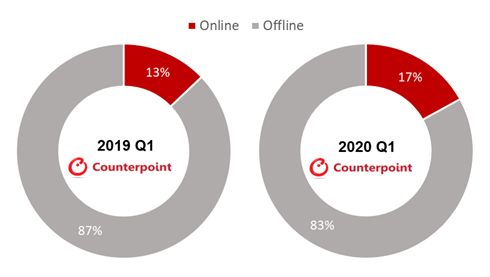 Two good things about the iPhone Samsung needs to copy