Samsung tops global smartphone market in Q2 2021, but Xiaomi is getting dangerously close

Samsung topped the global smartphone market once again in the second quarter (April to June 2021) of this year, but the company needs to be careful as Xiaomi is getting dangerously close. Despite shipping more than 100 million iPhone 12 models since its release, Apple slipped to third place in the global rankings.

According to the latest numbers from market research firm Canalys, Samsung had a market share of 19% in the global smartphone market. It achieved 15% year-over-year growth, which means that the company’s overall smartphone business was better than last year. The sales of the Galaxy S21 series were better than the Galaxy S20 series. Plus, Samsung released a lot of Galaxy A and Galaxy M series of mid-range smartphones, which added to the company’s business.

Xiaomi achieved the highest growth (85% YoY) and captured a 17% share of the market, and it has set its sight on Samsung. The company is growing rapidly in Africa (150%), Latin America (300%), and Western Europe (50%). The company wants to replace the South Korean firm and become the world’s biggest smartphone brand. However, it won’t be that easy. Xiaomi’s average selling price is 40% lower than Samsung’s, which means that a majority of Xiaomi’s smartphone sales come from cheaper devices in the Redmi lineup.

Apple saw a meager 1% year-over-year growth in Q2 2021 and managed to capture a 14% share of the global smartphone market. However, it is expected to launch the iPhone 13 series in September, which could give it a major boost during Q4 2021. It means that Samsung’s upcoming foldable smartphones, the Galaxy Z Flip 3 and the Galaxy Z Fold 3, will face intense competition from Apple during the last quarter of this year. An early launch of the Galaxy S21 FE could help Samsung, but the launch seems to have been delayed.

Other Chinese smartphone vendors OPPO and Vivo saw healthy growth during Q2 2021, and each of them is holding on to a 10% market share. OPPO, Vivo, and Xiaomi are growing in Asia, Europe, Latin America, and Africa, and Samsung needs a strategy to fend them off. 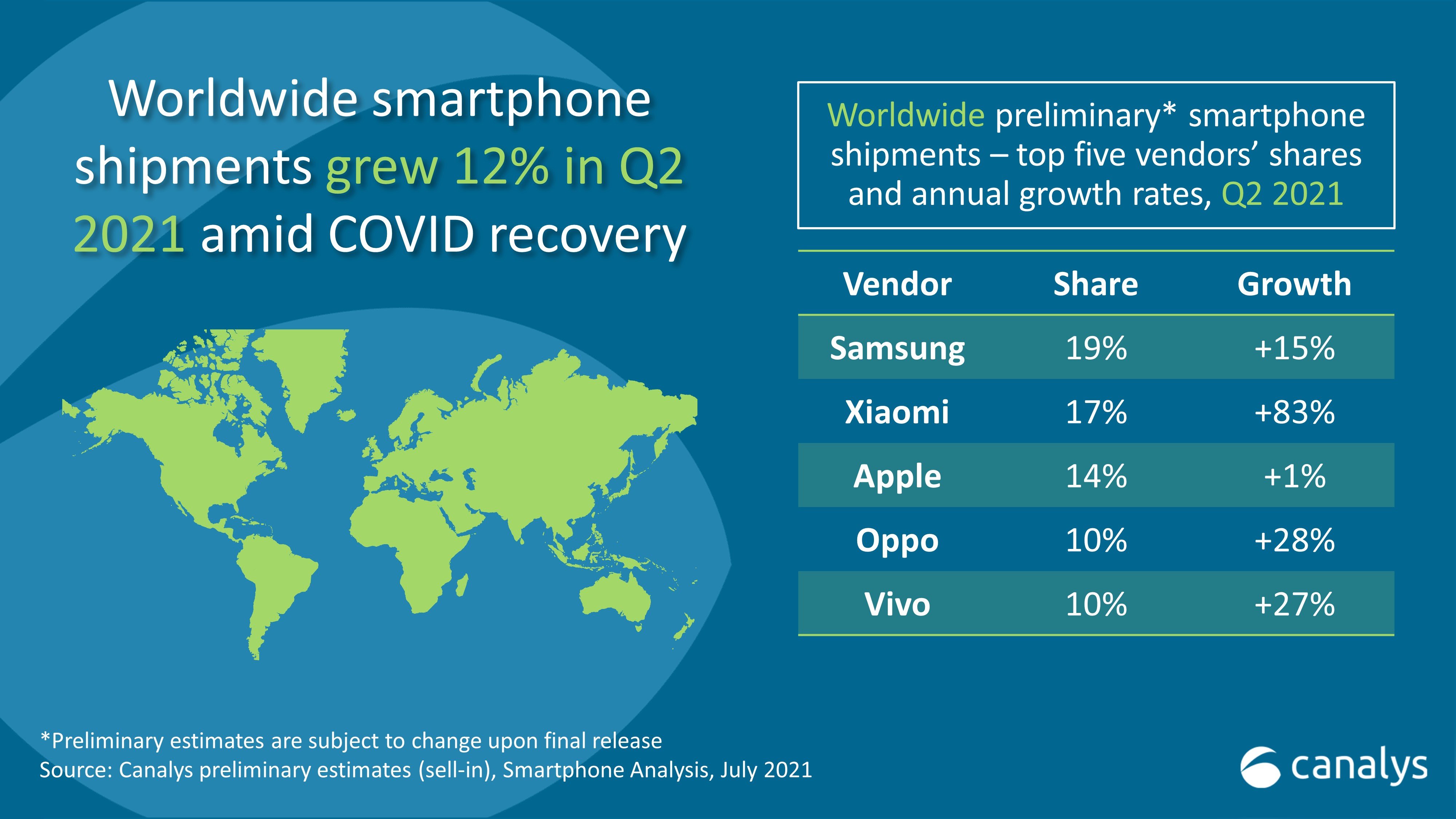