Samsung is expected to launch multiple smartphones, tablets, and wearable devices over the next few weeks. The designs and features of the Galaxy Buds Live and the Galaxy Watch 3 have already been leaked. Now, another upcoming wearable device from Samsung has appeared in the FCC database.

The diagram of the wearable has been revealed in the FCC filings, and it bears the model number SM-R220. The device seems to have a heart-rate monitor and charging connectors on the rear, which leads us to believe that it’s a fitness-focused wearable. It could most probably be a successor to the Galaxy Fit or the Galaxy Fit e, which were launched in mid-2019.

While the FCC filing doesn’t guarantee that the device will be announced anytime soon, but it is close to the launch of the Galaxy Watch 3 and the Galaxy Note 20. So, it is possible that Samsung might announce it during the Galaxy Unpacked 2020 event that’s set to happen on August 5.

Our sources tell us that the device will be available in Black and Red. There’s not much else that we know about the wearable right now. The South Korean tech giant is also expected to unveil the Galaxy Z Fold 2, Galaxy Z Flip 5G, Galaxy Tab S7, and the Galaxy Tab S7+ during its next event. 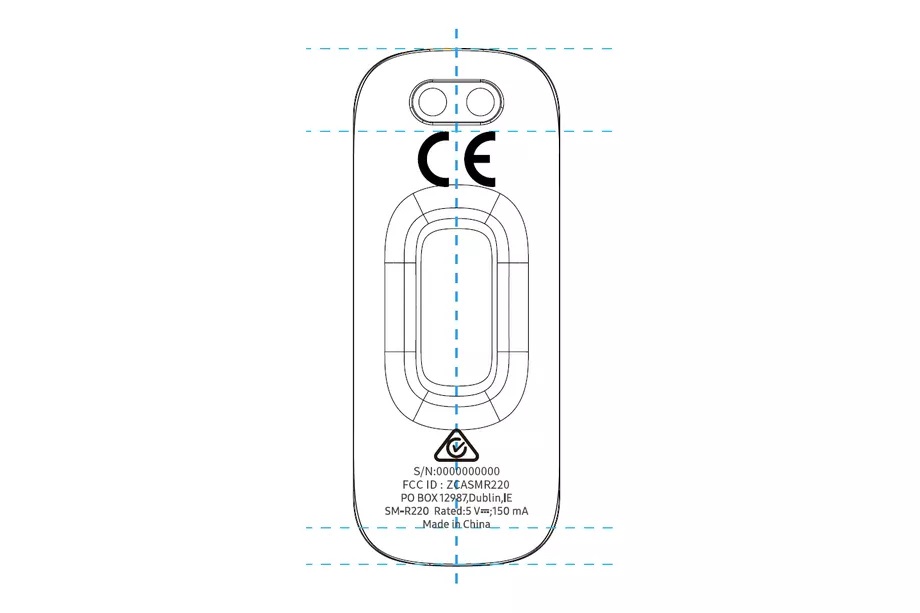