Samsung will rely less on Vietnam for its smartphone needs 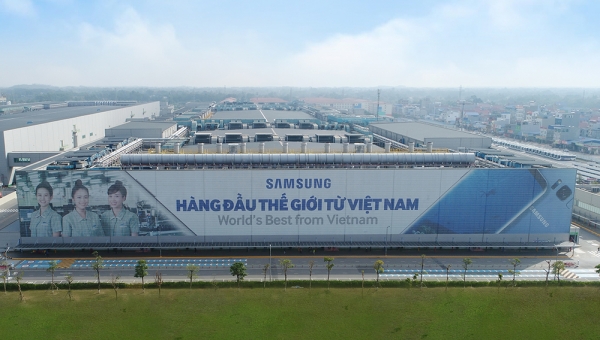 Over the past few weeks, we’ve heard multiple reports of Samsung facilities in Vietnam operating at reduced capacities due to COVID-related restrictions. Previously, supply issues caused Samsung a 5% loss in one prime market. Vietnam is where Samsung phones are made, most of them anyway.

Labor costs in Vietnam are rising, too. As a result, Samsung is planning to reduce the output of its Vietnam facilities and offload it to locations such as India and Indonesia.

TheElec.kr reports that production of up to 192 million units of smartphones will be moved to the locations mentioned above. The transition isn’t instant, though, and will be spread out over a span of two years.

19 million units will be spread out across India and Indonesia starting in Q1, 2022, followed by additional volume in the coming months. The Indian plants, in particular, will witness a meteoric rise in the number of orders. It is projected to manufacture 93 million smartphones in 2022, 33 million more than its 2021 forecast.

Samsung has earmarked a total of $140 million for the endeavour, of which $90 million will go to India and $50 million to Indonesia. In 2022, 50% of the manufacturing will happen in Vietnam, 29% in India, 6% in Indonesia and the remaining amount globally. Currently, those figures stand at 60%, 20% and 4% for Vietnam, India and Indonesia, respectively.

The decision to diversify the supply chain to additional locations isn’t surprising, given that disruption at one location can severely impact prospects. Until now, Samsung had heavily relied on Vietnam for its manufacturing need and the recent events may have prompted it to rethink its strategy.