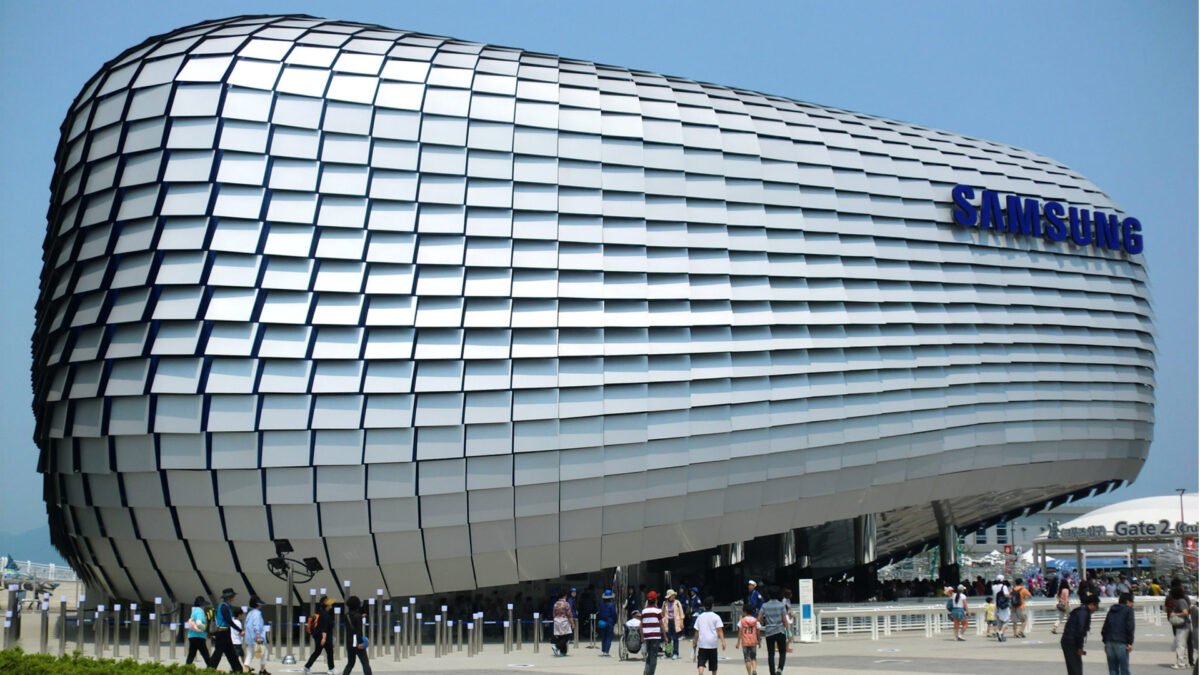 The company’s results are in line with the estimates from its earnings call. Samsung announced that sales of smartphones and display panels dropped due to weaker demand and the ongoing COVID-19 situation. However, sales of its mobile and server components saw an improvement. If you didn’t know already, the South Korean firm makes DRAM and NAND flash chips for data centers, PCs, and servers. It also manufactures smartphone components such as RAM, NVMe, and camera sensors.

During the first quarter of this year, the company’s capital expenditure was KRW 7.3 trillion ($5.99 billion), of which, the company spent KRW 6 trillion ($4.92) on semiconductors and KRW 0.8 trillion ($0.66 billion) on displays.

Samsung said that the foreign exchange movement had little impact on the financial results as the stronger currency in Europe and the US was offset by weaker currency in emerging markets (like India). For the next quarter, the company expects its memory business to remain stable. However, the demand for smartphones, TVs, mobile OLED displays, and smartphone components is expected to decline due to the COVID-19 crisis and weaker economic outlook.

Samsung’s mobile phone revenue during the first quarter of this year was KRW 26 trillion ($21.34 billion) and operating profit was KRW 2.65 trillion ($2.18 billion). Even with lower smartphone sales compared to Q1 2019, the company managed to turn up a higher profit due to the launch of the Galaxy S20 series, Galaxy Z Flip, and efficient marketing.

The company said that the average selling price (ASP) of its smartphones increased during Q1 2020 due to higher sales of premium devices like the Galaxy S20 Ultra and the Galaxy Z Flip. The demand for smartphones is expected to fall sharply in most regions during the rest of the year. Moreover, Samsung expects the competition among OEMs to heat up significantly as all the brands would try to recover from the sales slump from the first half of 2020.

The South Korean firm is planning to launch more 5G phones and sell 5G network equipment to more telecom carriers around the world. The company said that sales of mobile sensors and 5G chips would decrease, but the company will try to focus on selling high-resolution ISOCELL camera sensors to smartphone brands.

The demand for Samsung’s PC and server memory chips is expected to remain robust as more people are estimated to work from home, consumer online education, and stream video due to COVID-19 related social distancing norms across the world. The lower demand for mobile storage chips will be offset by higher demand for SSDs in data centers and servers.

Samsung’s semiconductor business posted KRW 17.64 trillion ($14.48 billion) in revenue and KRW 3.99 trillion ($3.27 billion) in operating profit. The company plans to start the mass production of 5nm chips later this year and focus on the development of the GAA 3nm chip fabrication process.

The company’s display business, which makes display panels for laptops, mobile phones, monitors, and TVs, posted KRW 6.59 trillion ($5.41 billion) in revenue and KRW 0.29 trillion ($0.24 billion) in operating loss. Earnings from its mobile OLED business is expected to fall further due to stagnation in the smartphone market and increased competition. In the meantime, Samsung is planning to improve sales of its foldable OLED panels.

The company expects lower sales of smartphone and TV display panels during Q2 2020. Still, Samsung plans to offset lower demand by strengthening its global supply networks and by focusing on efficient marketing. Since it is winding down the LCD panel business, it will focus on supplying Quantum Dot panels to its customers.

In the consumer electronics segment, the company’s TV sales dropped during the first quarter of this year due to weaker demand and increased competition from rival Chinese brands. Samsung said that the postponement of the Olympic 2020 games would hurt the sales of its TVs, but it is trying to mitigate it by selling larger-sized TVs, 8K TVs, and curved monitors.