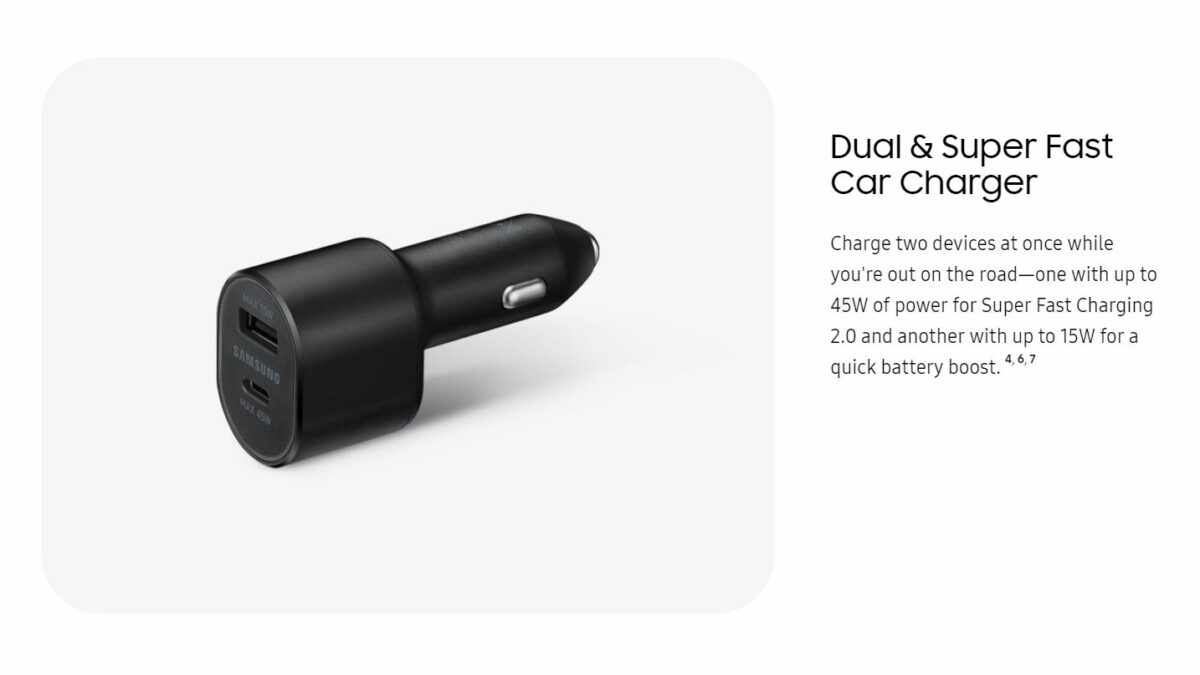 The Galaxy S20 Ultra is the second flagship phone from Samsung that supports 45W super fast charging, while 25W fast charging has become standard on the company’s flagships since the Galaxy Note 10 and Note 10+ were released. Samsung has unveiled a couple of new 25W power banks alongside the Galaxy S20 series, and it turns out the company will soon be releasing a car charger with 45W charging support as well.

Called Dual & Super Fast Car Charger (yeah, the name’s a mouthful), this car charger has two USB ports: one is a standard USB port that outputs 15W of power, and the other is a USB-C port that outputs 45W. The charger will come with a 5A USB-C to USB-C wire that’s necessary for 45W charging (the same wire also comes bundled with Samsung’s 45W wall charger). Naturally, the charger will charge devices like the Galaxy Note 10 and Galaxy S20 and S20+ at 25W.

It’s great to see Samsung is finally making these accessories. The Galaxy Note 10+ refuses to charge at even 25W with most third-party chargers, and until now, Samsung wasn’t providing any first-party options. Samsung isn’t revealing the release date or pricing for the 45W car charger or its new 25W portable chargers just yet, but we assume they will go on sale around the same time the Galaxy S20 series hits retail stores.