Samsung’s new DeX Pad, which the company unveiled alongside the Galaxy S9 and Galaxy S9+, will be made available for purchase in the US on May 13th. The company has also announced the pricing for its upgraded docking station in the country. The DeX Pad will cost $99.99, and pre-orders go live today on Samsung’s website. Samsung is even giving prospective Galaxy S9 and Galaxy S9+ customers a chance to get a free DeX Pad by buying either phone through the company’s official website for a limited time.

The DeX Pad brings more than just a design upgrade to Samsung’s docking station. The pad design allows the display of the connected device to be used as a trackpad if you don’t have a mouse lying around, and the same goes for a keyboard. That’s not to say you can’t use the new touchpad feature on the original DeX, as the trackpad support is built into Android 8.0 Oreo. The DeX Pad also supports higher-resolution displays – WQHD (2560×1440 pixels) to be exact, while the original only supported Full HD displays. There’s still no audio port on the station, but thanks to the horizontal design, you can simply use the phone’s headphone jack to power external speakers. Samsung has also done away with the LAN port that was found on the DeX Station, although this may not be much of an issue for most folks in today’s Wi-Fi connected world.

Don’t forget to check out our review of the original Samsung DeX to see just how well it enables you to turn your phone into a PC, and let us know if you’re thinking of picking up a DeX Pad. Also take a look at our Galaxy S9 review if you’re thinking of taking advantage of the free DeX deal on Galaxy S9 orders and don’t own Samsung’s latest flagship yet. 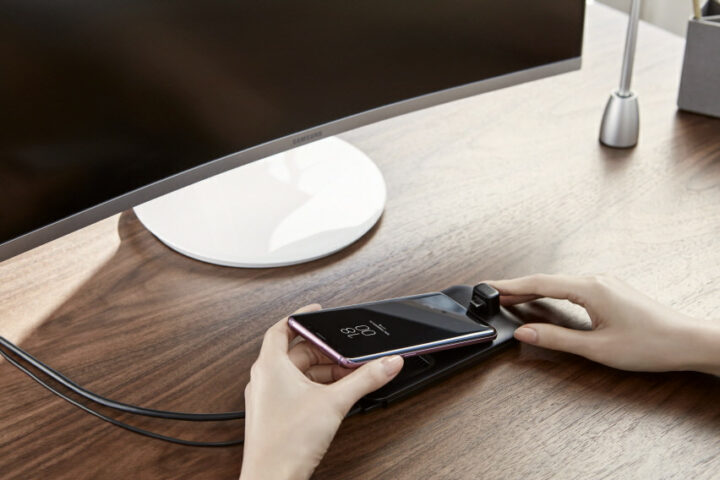