IDC’s (International Data Corporation) latest report suggests that Samsung shipped over a million Chromebooks in Q1 2021. While the company still maintained its fifth position in the global Chromebook market, its market share improved from 6.1% in Q1 2020 to 8% in Q1 2021. The South Korean firm was the second-fastest-growing Chromebook brand. HP, which saw the highest growth (633.9%) in the Chrome OS market, was ranked first with 4.4 million shipments and a 33.5% market share.

Lenovo shipped 3.3 million Chromebooks in Q1 2021 and grabbed a 25.6% share of the global market. The Chinese tech giant saw a 356.2% year-over-year growth in this space. Acer didn’t grow as much as other brands did, and fell down from the first position to the third position. It shipped 1.9 million Chromebooks and had a 14.5% market share. Dell is ranked fourth in this list with 1.5 million shipments (327% year-over-year growth) and an 11.3% market share. 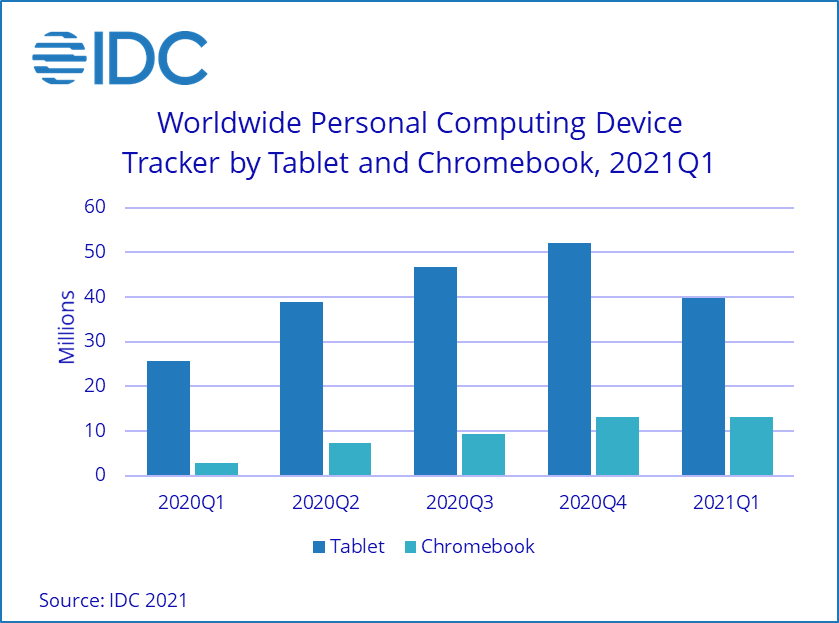