There’s a lot of anticipation for Samsung’s next foldable smartphone. Reports suggest that the next model has a clamshell form factor. It’s also expected to be unveiled in the coming months, possibly alongside the Galaxy S11 in February 2020.

One of the two batteries in Samsung’s upcoming Galaxy Fold 2 is very small, as a picture of that battery confirms. This is the umpteenth hint that the device will sport a clamshell-like form factor, unlike the first-generation Galaxy Fold.

Galaxy Fold 2 has at least one tiny battery

Some time ago, we received word that Samsung’s next foldable device will have two batteries, just like the first one. However, one of those was rumored to have a rated capacity of a mere 900mAh, due to the device’s clamshell-like design. A Korean certification now confirms the small size of precisely that battery.

Over at the database of SafetyKorea, a battery can now be found sporting model number EB-F701ABY. The listing includes a photograph that is too unsharp to reveal the precise capacity, but it is immediately clear this battery is very small. This fits with a device that consists of two body parts, one of which must also house a camera module. The battery is manufactured by Samsung SDI in Vietnam. 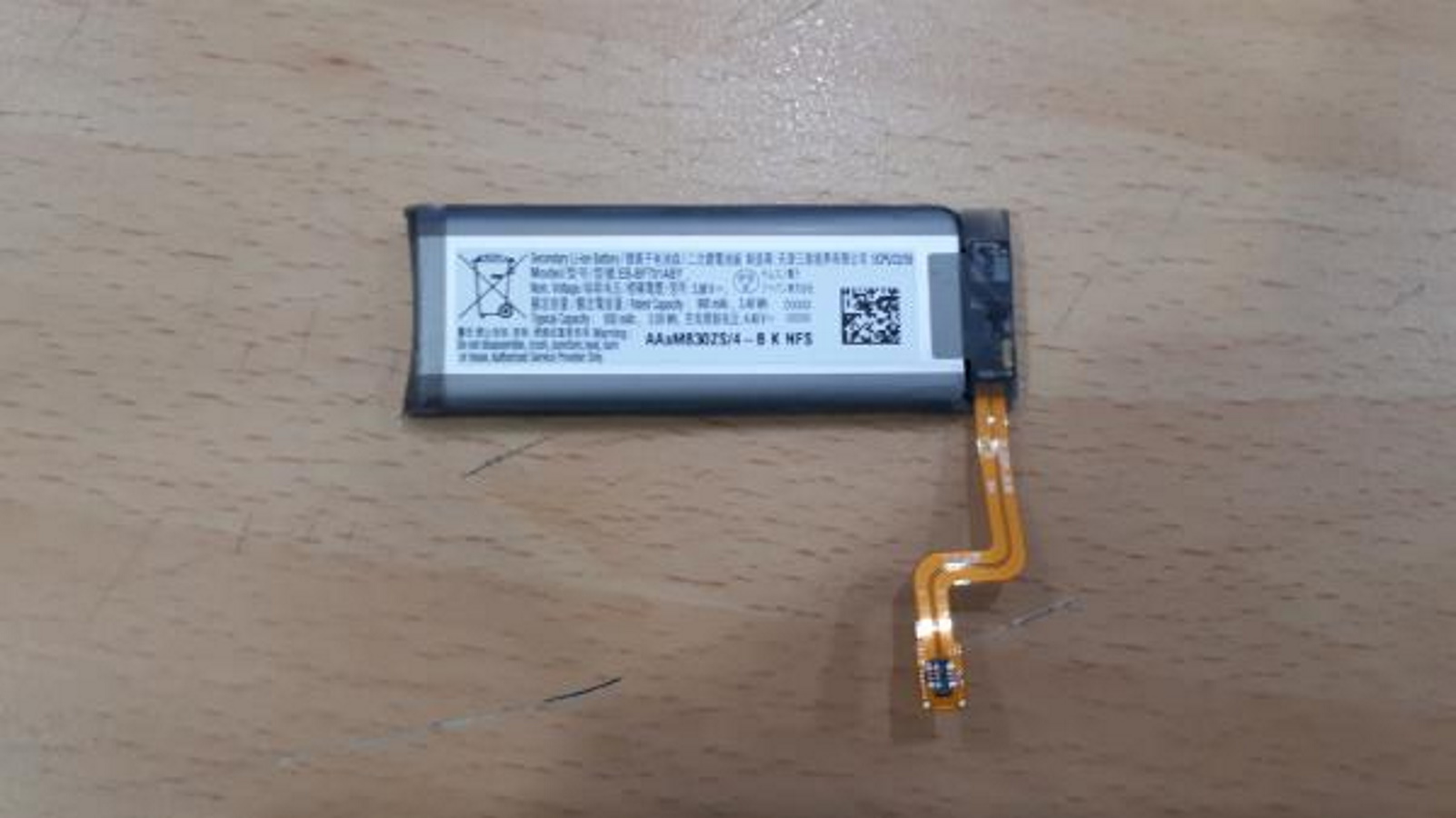 While we can expect the other, as yet uncovered EB-BF700ABY, battery to be bigger than the one pictured here, chances are the Galaxy Fold 2 will simply not have a huge battery. After all, the compact nature of a clamshell-like form factor leaves much less room for power cells than a normal smartphone body.

The Galaxy Fold 2, which will likely not be called this when Samsung launches it in the Spring of 2020, is expected to be quite a bit cheaper than the first Galaxy Fold. Currently, it’s being reported that this device will possible retail price of only $845, which might help Samsung sell its projected six million foldable devices next year. One of the unavoidable trade-offs may turn out to be battery capacity, as hinted at by the above picture power cell. 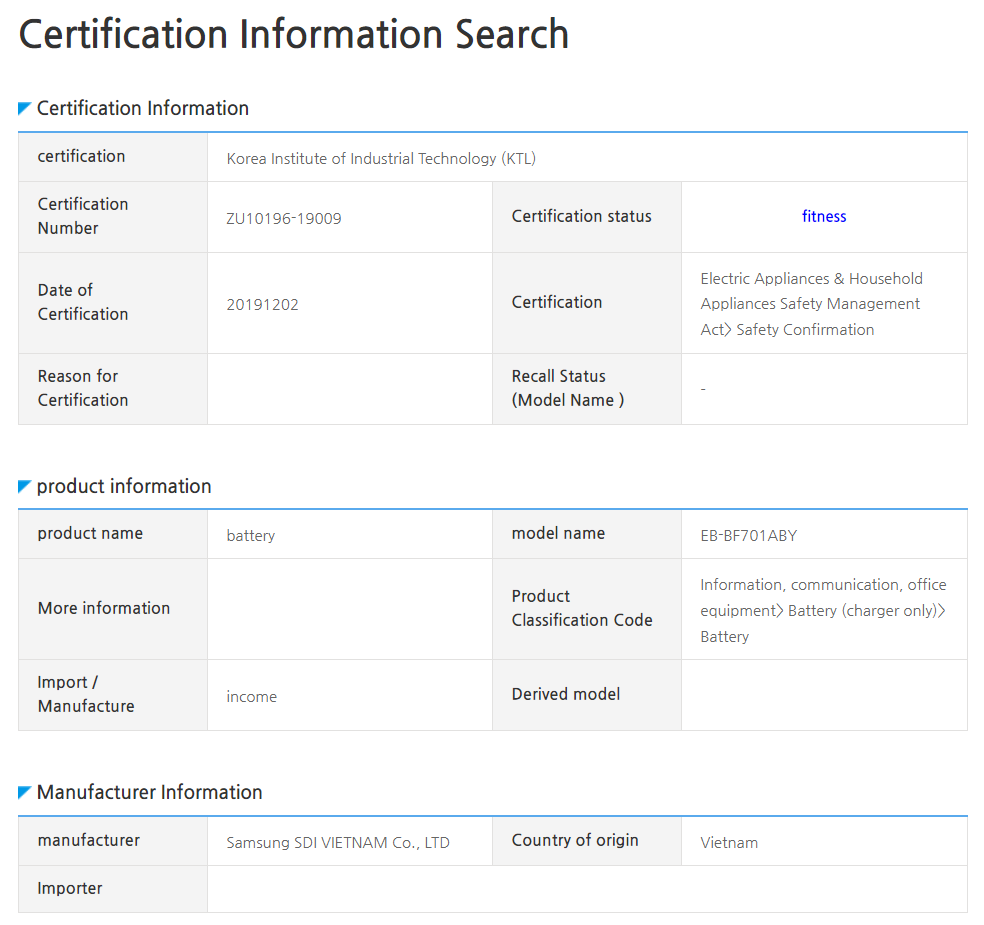