Samsung certainly hasn’t been at the top of its smartphone game this year, and the world’s largest flagship market has been paying attention. More specifically, a newly published brand loyalty study suggests the Seoul-based tech giant lost a lot of consumer goodwill in the United States over the course of this year, dropping from third to tenth place in the grand scheme of things. Meanwhile, Apple, its largest rival in the country, went from eighth for fourth.

Meaning that right now, Domino’s Pizza and Home Depot have Samsung beat on the brand loyalty front. And whether this is more of a reflection of how merciless U.S. consumers are toward top brands or another reminder of Samsung’s 2020 struggles is beside the point; though it’s probably a combination of both. What the company will surely want to focus on instead is how to bounce back from this disappointing result as quickly as possible. 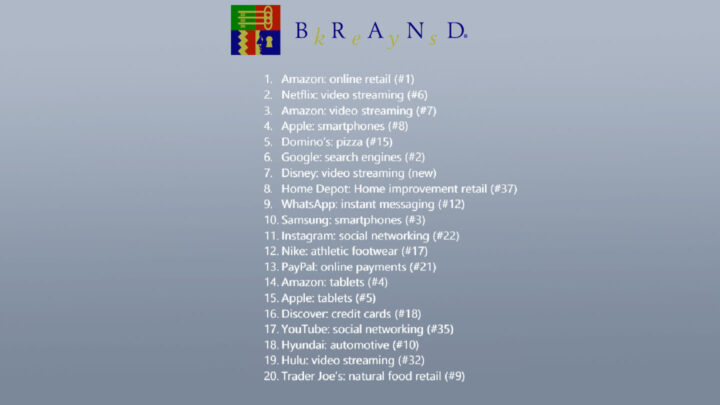 Samsung and Apple pretty much traded places compared to 2019

Not that it’s much of a consolation, but this year still hasn’t been as tough on Samsung’s brand as it was on the rest of the company’s operations. That is to say, everyone from Canadians to the majority of Asians is still pretty infatuated with the Galaxy brand as of this year, studies have shown. Samsung smartphones still being awesome is about the only thing Western Europeans and the Brexit crowd can currently agree on.

And even as its stateside consumer cred plummeted overall, Samsung did pretty well in the U.S. 5G segment so far. Well, it’s the only one that did anything, but you can only beat what’s in front of you. So, in other words, no, Samsung’s smartphone brand definitely hasn’t been free-falling globally like Brand Keys’ latest survey would have you believe.

And let it be remembered that SamMobile wasn’t lacking in hardcore Samsung loyalists even amid all the chaos of 2020. Here’s to hoping next year won’t test our loyalties as much – or perhaps you have some other wishes? Let us know in the comments!