The Galaxy A12s, which hasn’t been announced yet, has appeared in the Bluetooth SIG database with two model numbers: SM-A127F and SM-A127M. Both variants of the smartphone feature Bluetooth 5.0 (with EDR and LE) and a dual-SIM card slot. Samsung has also published the support page for the Galaxy A12s on its Philippines website. 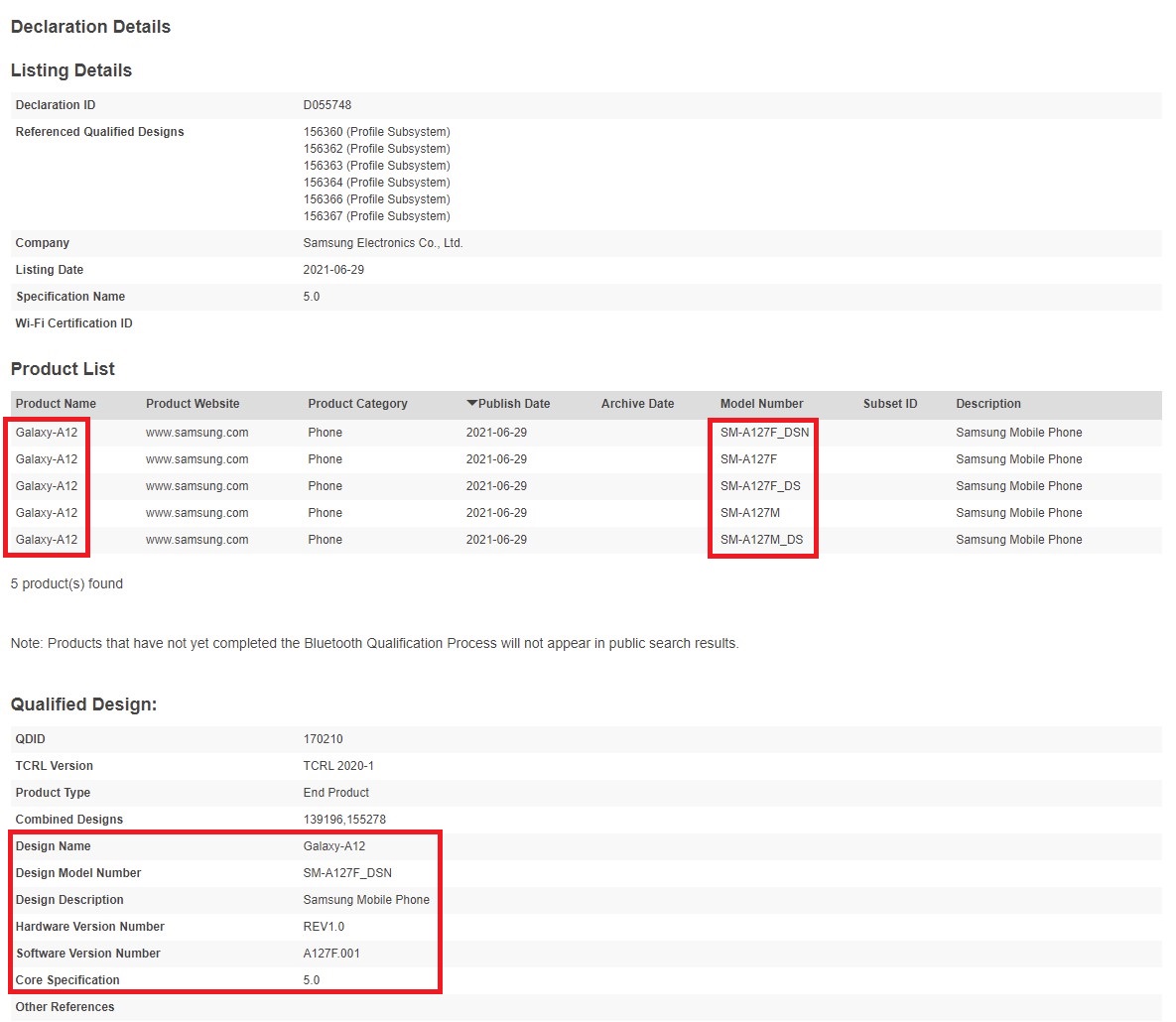 Galaxy A12s could debut with Samsung’s own processor