Over the past week, the Galaxy Tab S6 has been leaked nearly as much as the Galaxy Note 10. It’s not surprising that the upcoming tablet has now been spotted in a new series of leaked renders once again, so if you’re eagerly anticipating the tablet’s release then these new unadulterated pictures might satiate you for a short while.

The new renders depict the tablet from a few new angles but they don’t reveal any hardware details of which we weren’t already aware. The image gallery only showcases the tablet in rose/pink, which should complement the pink Galaxy Note 10 quite nicely. The device is also expected to launch in gray and blue.

Spec-wise, the renders give a clear look at the same rear-facing dual camera which broke cover in real photos a few weeks ago. Then there’s the color-matched S Pen that magnetically attaches to the back of the tablet in a special groove, as well as a couple of stereo speakers on the bottom edge flanking the USB Type-C port. These fresh renders also offer a slightly more legible view of the secondary sensor accompanying the front-facing camera. Its purpose is not yet entirely known but, presumably, the sensor will be used for authentication purposes. 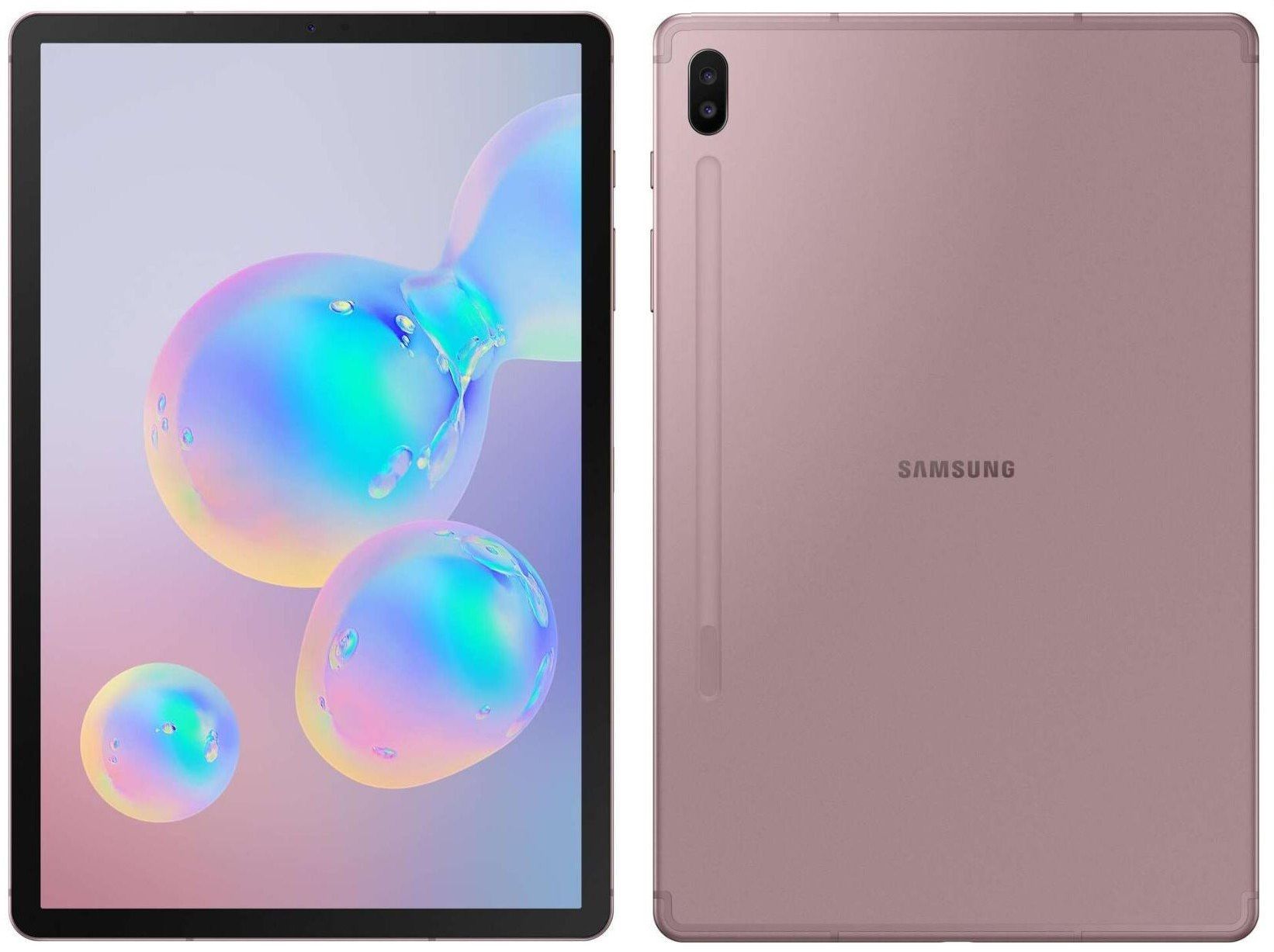 You can check one of our more recent reports if you wish to take a more in-depth look at what the Galaxy Tab S6 might have to offer in terms of internals specifications. But, in short, the tablet is expected to feature a slightly smaller battery than the Galaxy Tab S4 while employing a newer, more power-efficient Snapdragon chipset which should even things out. Despite, or perhaps thanks to the numerous improvements over the previous generation, the Galaxy Tab S6 is also expected to lose a bit of weight and girth.

Verizon’s Galaxy Tab S6 has joined the One UI 3.1 family with ne …