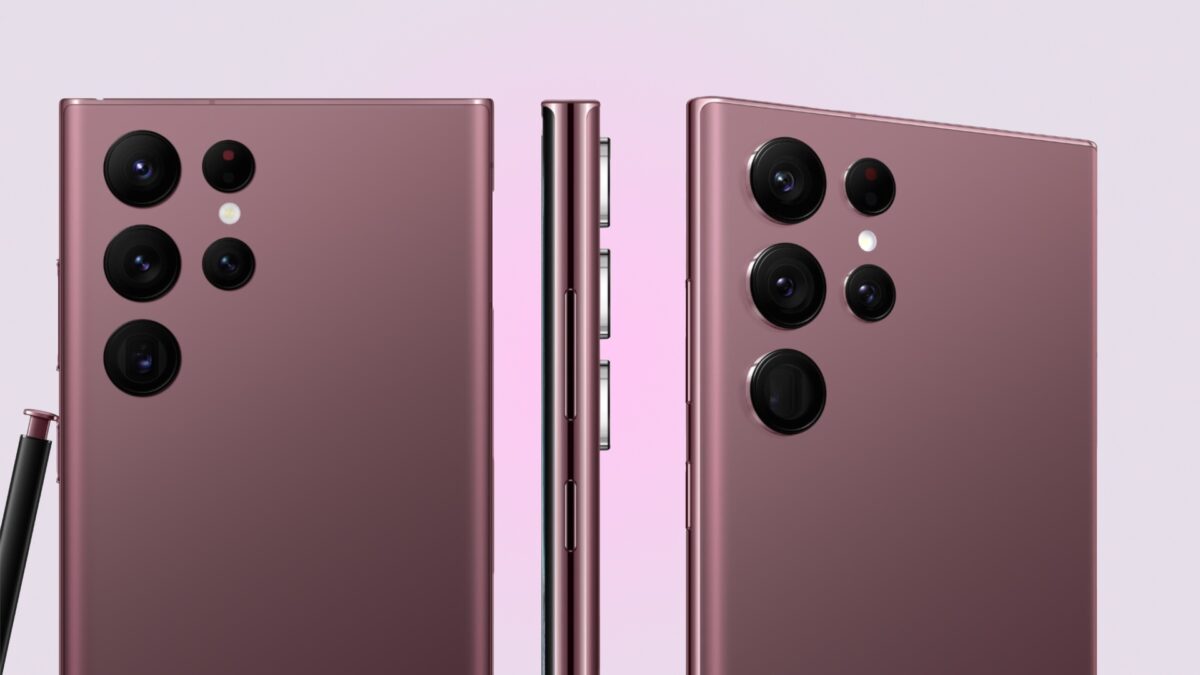 Welp! It looks like someone managed to get early access to the press materials for Samsung’s new flagship phone and tablet lineups and decided to put them out there in what is one of the most massive leaks we’ve seen yet for any of Samsung’s upcoming launches.

Images showing off all of the new features of the Galaxy S22 and the Galaxy Tab S8 series are included in there, leaving nothing to the imagination and effectively making this a major spoiler for those who have managed to avoid all or some of the previous leaks that have taken place.

Of course, if you have been following all of the rumors and leaks in the past couple of months, you already know what to expect, given most information on these products has already made its way out.

You know, like the fact that the Galaxy S22 Ultra will support an S Pen that has an ultra-low latency of 2.8 milliseconds and have a built-in slot for the stylus, or how the Galaxy Tab S8 Ultra will feature a huge 14.6-inch screen and a 11,200 mAh battery to keep the lights on.

The presentation confirms that the Galaxy S22 Ultra will have a 6.8-inch display. It will ship with the Exynos 2200 and Snapdragon 8 Gen 1 chipsets in different markets. There’s going to be 8/12GB RAM with 128/256/256GB storage options. All of this will be powered by a 5,000mAh battery.

Lastly, the Galaxy S22 has the same chipsets, RAM and storage configuration as the Galaxy S22+. The camera setup is also exactly the same. It has a smaller 3,700mah battery.

Check out the gallery below for more official details about the Galaxy S22 series:

If you were ever in doubt that Samsung would be releasing three variants of its flagship tablet this year, this should end it. These leaked press materials confirm that we’ll be treated to three high-end tablets this time around.

The notch on the display houses a 12-megapixel + 12-megapixel dual front camera while you’ll find a 13-megapixel AF and 6-megapixel ultra-wide camera at the back. The S Pen can be magnetically attached here as well. The Galaxy Tab S8 Ultra has a 11,400 mAh battery, the largest yet on any tablet.

The Galaxy Tab S8+ has a 12.4-inch display with the same chipset but only 8GB RAM and 128/256GB storage. It has a single 12-megapixel front camera but the same rear cameras as the top-of-the-line model. Both Wi-Fi and 5G variants will be available. Keeping the lights on is a 10,090mAh battery.

Lastly, the Galaxy Tab S8 comes with an 11-inch display with the same internals, cameras and variants. Its biggest difference is the 8,00mAh battery. Like all variants in this lineup, the tablet supports 45W fast charging.

You can learn more about the Galaxy Tab S8 lineup by checking out the leaked presentation slides:

This must be heartbreaking for fans who have been waiting for Samsung’s February 9 event. There’s not much else that it can surprise us with now. The only thing left is the pricing and availability information, but at this rate even that may leak out before the event.