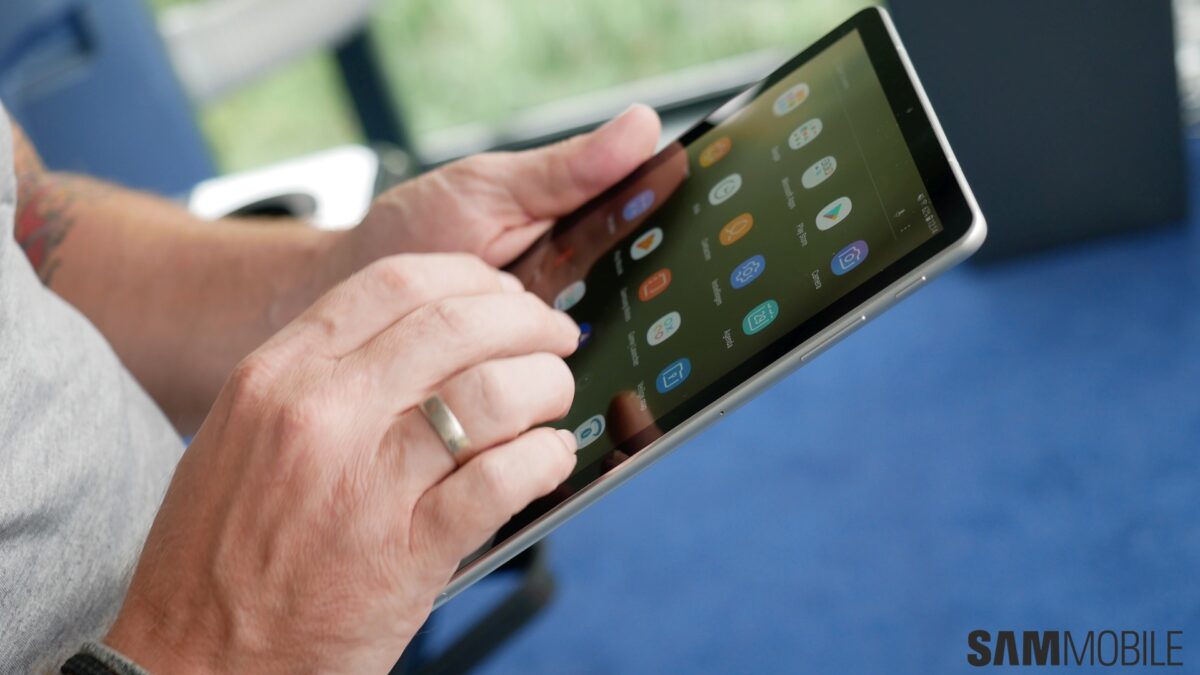 Samsung is seemingly preparing to release a new Galaxy Tab A (2020) model in the USA, equipped with an 8.4-inch display and hardware that’s very similar to the 8.0-inch Galaxy Tab A with S Pen (2019).

According to a couple of leaked renders shared by @evleaks, the Galaxy Tab A 8.4 (2020) is being readied to hit the US market via AT&T and Verizon, at least.

The upcoming model is seemingly equipped with the same Exynos 7904 octa-core chipset, 3GB of RAM, and 32GB of storage expandable by up to 512GB via microSD.

Same as last year, the new model features an 8MP rear-facing camera, a 5MP front-facing module, and it runs Android 9 out of the box. This is unusual given that Samsung has jumped on the Android 10 bandwagon with pretty much every 2020 device it released so far. But it would seem like the Galaxy Tab A 8.4 (2020) is not as lucky.

Effectively, the main differences between this new model and the 8-inch 2019 release lie in a slightly larger screen that retains the 1920 x 1200 resolution, a larger 5,000mAh battery (up from 4,200mAh), and the absence of an S Pen.

On the bright side, ditching the S Pen has allowed Samsung to fit two down-firing speakers instead of one, making media consumption more enjoyable. It might not be the best trade-off in the eyes of some prospective buyers, but others could prefer this change. Ultimately, the launch price will play an important role in determining that.

There’s also a possibility that Samsung will follow a similar strategy as last year and prepare another Galaxy Tab A 8.4 (2020) variant with an S Pen, but for now, this is just speculation.

Pricing and availability details for the leaked model are unknown but stay tuned and we’ll keep you posted as we learn more.