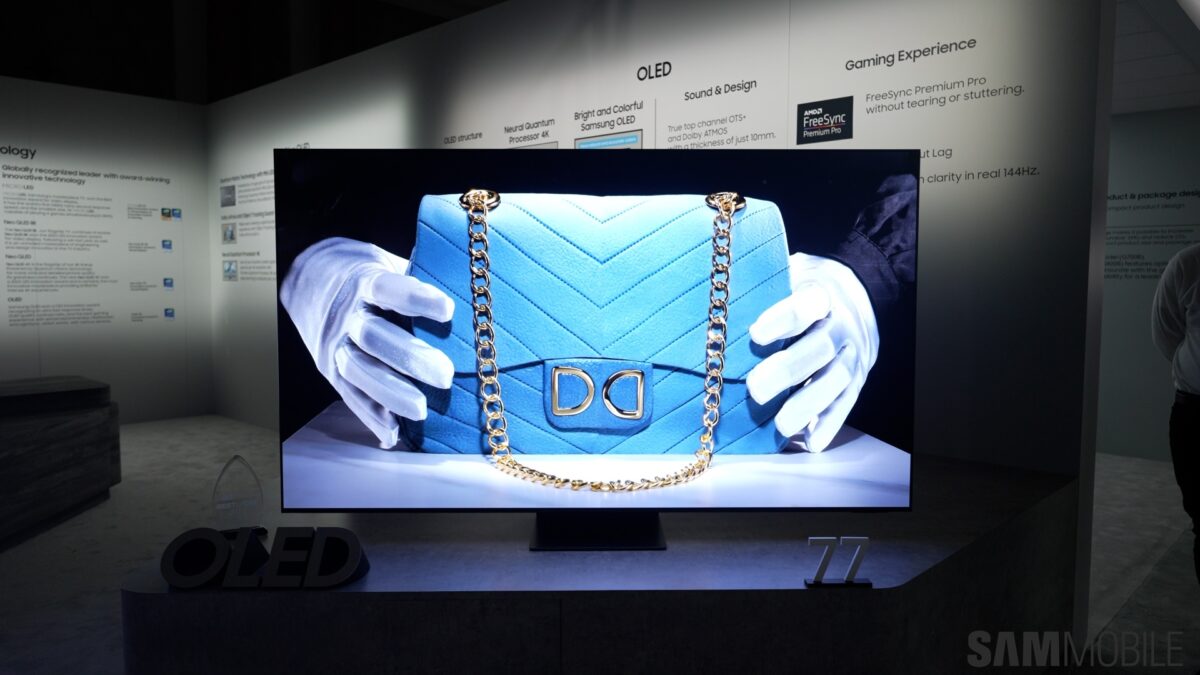 Last year, Samsung entered the OLED TV market with the release of the S95B QD-OLED model, which combined the best qualities of Quantum Dot and OLED in a single package. A year later, at CES 2023, Samsung revealed two QD-OLED sequels, aptly named S95C and S90C, which bring some important upgrades to the lineup.

We’re on the CES show floor and had the chance to experience the new S95C and S90C QD-OLED TVs first-hand. We’re sharing that experience in a new hands-on video, which you can watch below. Here’s a preview of what you can expect.

The first major change in Samsung’s QD-OLED TV lineup comes in the form of a larger 77-inch model. Well, two of them, to be precise, as both the S95C and S90C will be available in similar sizes, including 55, 65, and 77 inches.

The second is the inclusion of a second model, i.e., the S90C, which Samsung appears to have developed with the goal of bringing QD-OLED technology to more customers. In other words, and without Samsung revealing too many specifics, the S90C is intended as a more affordable alternative to the S95C, all the while boasting similar high-end features.

According to Samsung at CES 2023, both the S95C and S90C have a 4K UHD resolution and a 144Hz refresh rate. Officially, they’re the first Samsung QD-OLED TV to support 144Hz, although unofficially, the S95B model released last year is capable of 144Hz through overclocking.

Samsung claims that the S95C has a 0.1ms response time and AMD Freesync Premium Pro certification, although it’s unclear if the S90C has these characteristics. Similarly, the S95C is Pantone-certified for both color and skin tone accuracy.

A couple of features that set the S95C apart from the S90C — the latter of which is supposed to be more affordable — are OTS Plus Sound and support for Samsung One Connect box. The S90C model lacks the latter feature and uses OTS Lite rather than OTS Plus.

Performance should have improved through better optimization, but we were told that the new QD-OLEDs use the same Quantum Processor 4K as the 2022 model.

Overall, the S95C appears to be an excellent follow-up to the S95B, while the S90C might turn out to be a great addition to Samsung’s QD-OLED series if priced accordingly. And needless to say, the larger 77-inch form factor is a massive step in the right direction for both the S95C and S90C.

Check out our Samsung S95C / S90C QD-OLED TV hands-on video below and stick around for more CES 2023 news and videos.