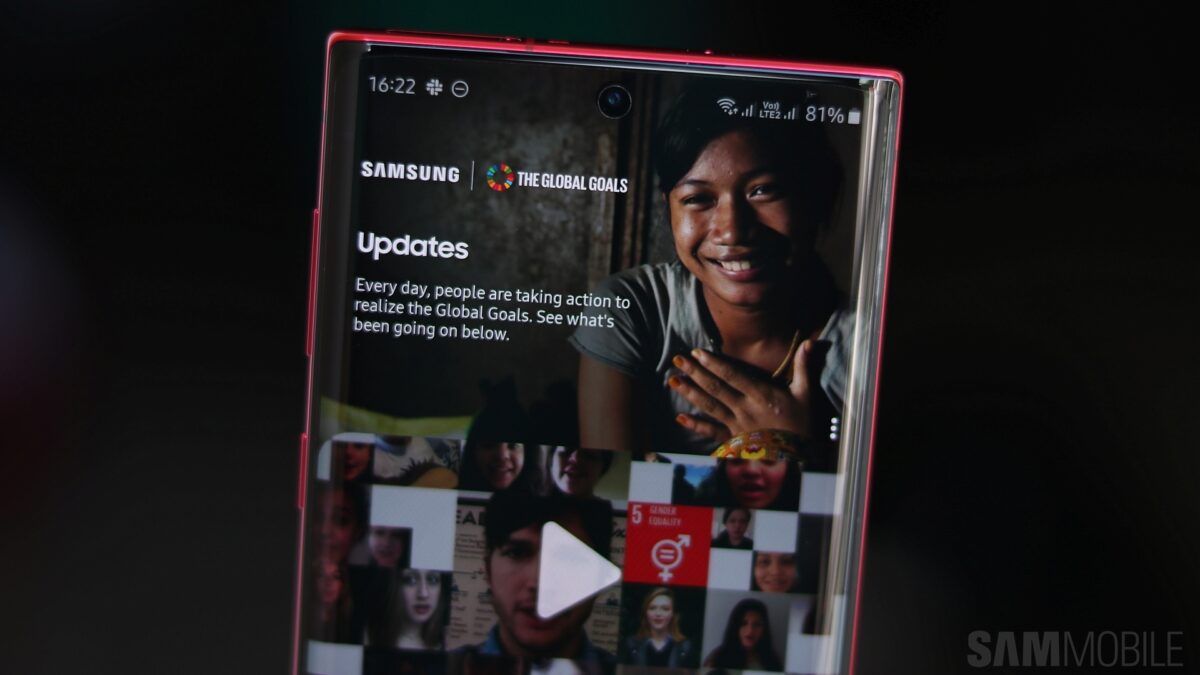 Samsung is updating another one of its apps in anticipation of Android 12. Global Goals is now getting a 26.31MB update to version 2.5.02.4. Aside from adding Android 12 support, the new Global Goals update also claims to bring stability and UI improvements, along with unspecified changes for India.

The “UI improvements” mentioned in the changelog must be minor because we couldn’t find any obvious differences in the UI following the update. Stability improvements are also under the hood, and it’s unclear what the “India specific changes” are. Once again, they’re not obvious, and the changelog is stingy with details.

Regardless, the purpose of Global Goals is the same as before: “to eliminate hunger, fight inequality, and clean up the planet.” The initiative was launched by the United Nations in 2015. It aims to complete its goals and change the world for the better by the year 2030.

With Global Goals, Galaxy smartphone and tablet users can support the cause by allowing ads when the phone/tablet is plugged in for a charge. Samsung customers can also choose what causes to support directly by picking one or more from a list of seventeen and donating money through the app.

If you have Global Goals on your Samsung mobile device and you’re preparing for One UI 4.0 and Android 12, you should now be able to download the latest update from the Galaxy Store or the Google Play Store.