A couple of weeks ago, it was reported that it might become easier to transfer WhatsApp from iPhone to Android. The world’s most widely used cross-platform messaging app didn’t offer an official feature to transfer chats from iOS to Android.

It recently emerged that the Facebook-owned company was working on a feature that would make it easier to take your WhatsApp chats from iPhone to an Android-powered smartphone. The feature has been officially confirmed today and it’s actually coming to Samsung’s Galaxy Z Fold 3 and Galaxy Z Flip 3 first.

New foldables first to get the transfer WhatsApp from iPhone feature

It was confirmed by Samsung during its Unpacked event today that Galaxy Z Fold 3 and Galaxy Z Flip 3 customers will be able to transfer WhatsApp from iPhone to their new foldable devices. They will require the latest version of SmartSwitch and WhatsApp on their Galaxy device for the feature to work.

The iPhone must be running iOS 10 or higher otherwise the feature isn’t going to work. It’s also pertinent to note that the WhatsApp chats can only be migrated before it’s signed into the other device.

If the WhatsApp account is signed into on the new device before the migration is completed or before SmartSwitch is done transferring the data, the migration won’t be successful.

This feature obviously won’t be limited to the Galaxy Z Fold 3 and Galaxy Z Flip 3. WhatsApp is going to make this feature available to all devices running Android 10 and up in the coming months.

Nevertheless, this is a great incentive for iOS owners who might be considering a shift to a Samsung foldable smartphone. Many might be relying on WhatsApp and its useful features like WhatsApp Web to stay in touch with friends and family.

This feature will finally enable them to bring all of their chats over to an Android device without having to use a dubious third-party app.

While we’re on the subject of Samsung’s new foldables, do check out our Galaxy Z Fold 3 and Galaxy Z Flip 3 hands-on videos! 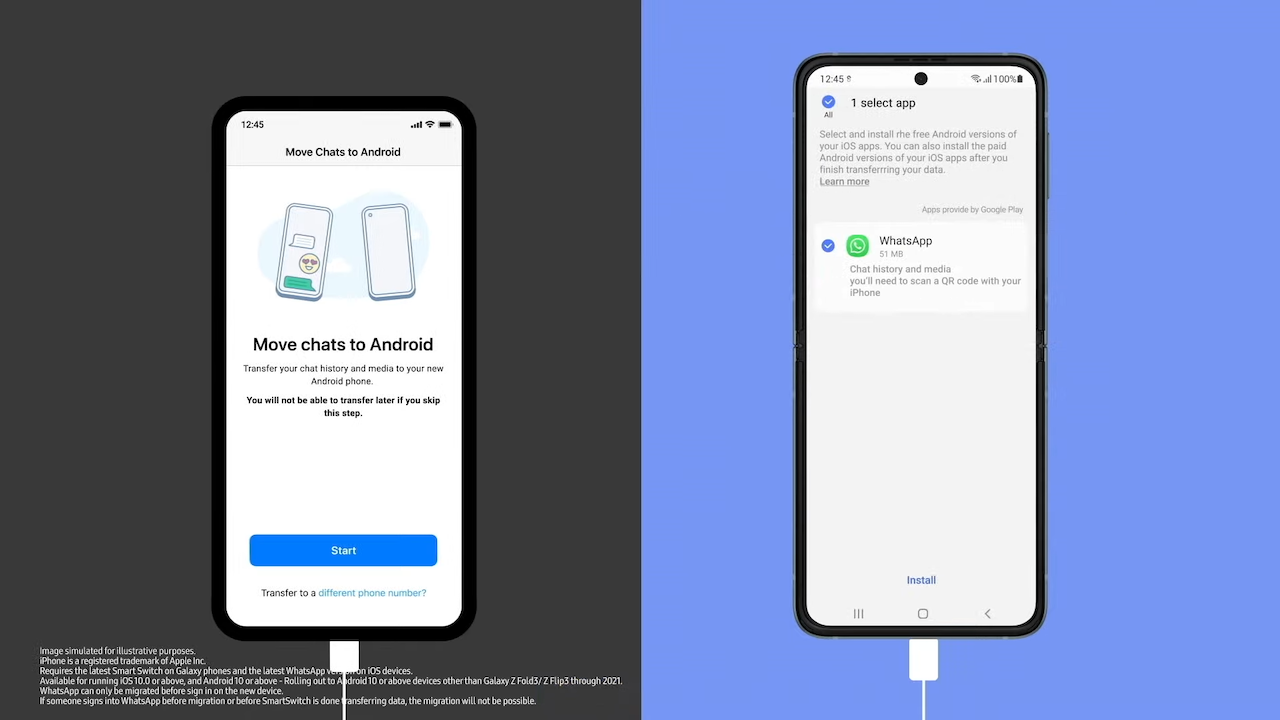