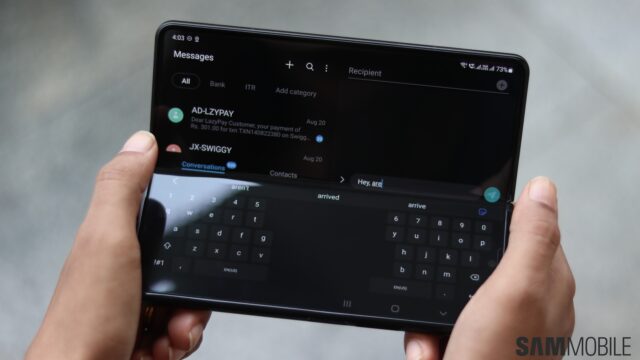 Although the Galaxy Z Fold 3 is pretty much Samsung’s Magnum Opus, the device isn’t without faults, especially for nerds who like to tinker with their devices. Earlier this year, it came to light that unlocking the Galaxy Z Fold 3’s bootloader would render your cameras inoperable. As expected, it caused an outcry in the developer community, and it looks like Samsung has taken cognizance of the issue.

XDA Developers has heard through one of its senior members that unlocking the bootloader no longer kills the cameras on your Galaxy Z Fold 3. However, users have to be on the second One UI 4.0 beta. With the Galaxy Z Fold 3 stable One UI 4.0 rollout already commencing in some regions, we can expect the functionality to be baked into the software’s final release.

If you’re a Galaxy Z Fold 3 user on stable One UI 3.0, it’s best if you wait for the One UI 4.0 update to arrive before attempting to unlock your bootloader. You can always re-lock your bootloader to get camera functionality back, though. Nonetheless, it’s best if you wait a few weeks before trying to experiment with your shiny new $1,800 foldable.

However, unlocking the bootloader on your Galaxy Z Fold 3 is a risky endeavour. Samsung isn’t too keen about users peeking under the phone’s hood. For one thing, you’ll lose all access to Knox-centric features such as Secure Folder and Samsung Pay once the Knox Bit is tripped. The only way to get it back is to physically replace the component.