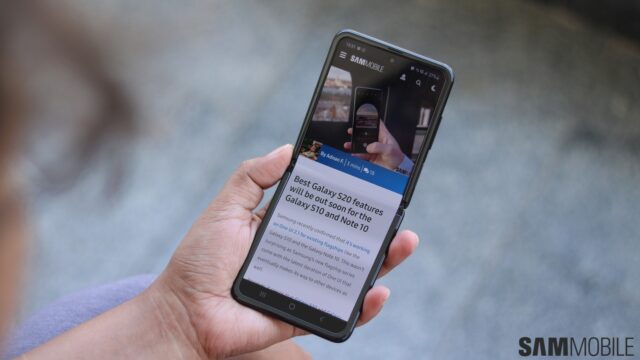 It’s no secret that Samsung is going to launch a 5G variant of the Galaxy Z Flip. It initially made the LTE version available of its first clamshell foldable smartphone. The company will now be looking to capture customers who would prefer having 5G support on the handset as well.

The Galaxy Z Flip 5G is one of the devices that’s due to be launched at Samsung’s virtual event next month. A newly leaked video has surfaced and it shows us a good minute of the Galaxy Z Flip 5G just dancing around to capture your attention.

This is the Galaxy Z Flip in Mystic Bronze

These are the videos that you’ll find playing on preview units of new devices, you know, the ones that are installed at kiosks in stores for you to check out. It obviously shows nothing out of the ordinary as Samsung isn’t making any substantial design changes to this device.

It’s still the same clamshell foldable smartphone with the same tiny 1.1-inch cover display and 6.7-inch Infinity Flex display. What might be new, though, is the processor. The Galaxy Z Flip 5G is expected to get Qualcomm’s latest Snapdragon 865+ processor.

Samsung will be introducing a new color option for the Galaxy Z Flip 5G. It’s one that we’ll see for the Galaxy Note 20 as well. This video also shows the new color which we believe is called Mystic Bronze. It looks quite appealing.

Expect the Galaxy Z Flip 5G to be unveiled at Samsung’s virtual Unpacked event. The company has confirmed that the event is going to take place on August 5. The handset may hit shelves in markets where 5G networks are live a few weeks thereafter. Who’s excited?

The Galaxy Z Flip is coming to a hit Netflix show