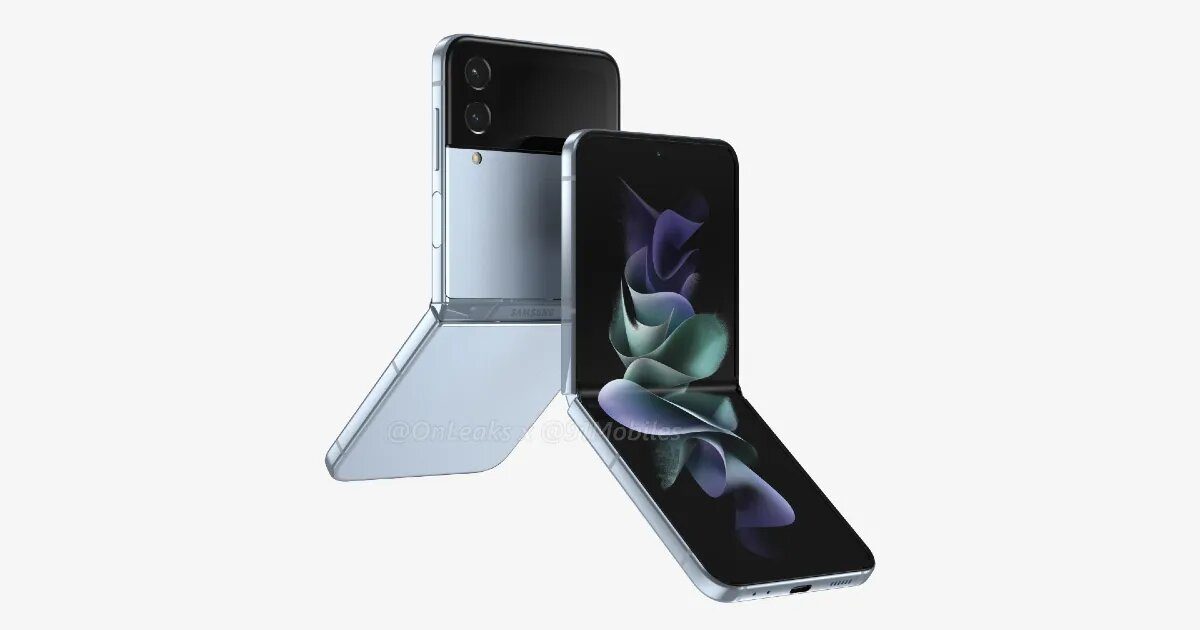 The renders show a clamshell foldable that doesn’t look all that different from the Galaxy Z Flip 3. Not that it’s a bad thing, the Galaxy Z Flip 3 is one of the most beautiful devices, but fans were certainly hoping for an even more sleek design.

The phone’s edges do look a little flatter compared to the Galaxy Z Flip 3, which is a nice touch that falls in line with Samsung’s design language for newer devices, such as the Galaxy S22 and S22+.

Assuming these renders are accurate, the Galaxy Z Flip 4 will look slightly more modern than the 2021 model. But it won’t represent as big of an upgrade over the existing clamshell design as the Galaxy Z Flip 3 did over the OG Flip.

It looks as if progress has slowed down, especially given that the device retains two main cameras and a similarly-sized cover display. Or perhaps Samsung is playing it safe, seeing how the Galaxy Z Flip 3 is by far the most successful foldable phone yet.

The Galaxy Z Flip 4 should be announced in August alongside the Galaxy Z Fold 4, the latter of which could bring more drastic changes to the book-like foldable formula by adopting a wider aspect ratio.