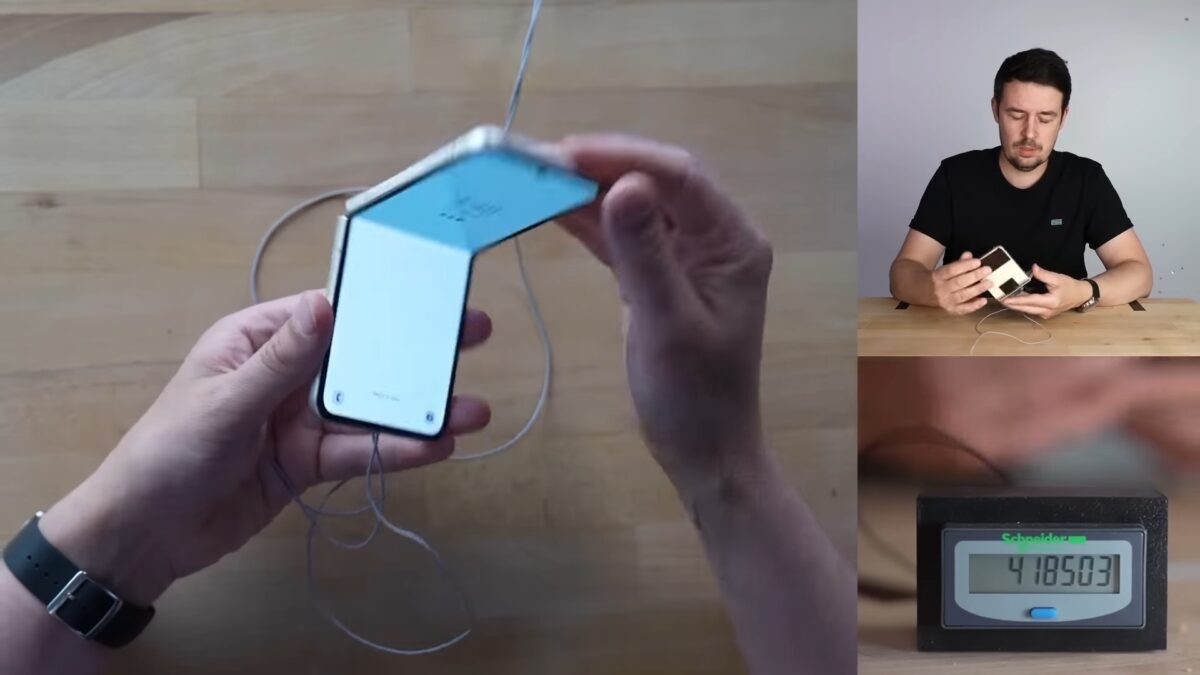 Samsung is the number one foldable smartphone brand for a reason. Its Galaxy Z series smartphones are pretty reliable and the only foldable phones in the world with a water resistance rating. The Galaxy Z Flip 3 has a rating of 200,000 folds for its hinge mechanism, but it appears that it is just half of what the phone is capable of.

Polish YouTuber Mrkeybrd set out to test the upper limits of the Galaxy Z Flip 3’s folding mechanism and came up extremely impressed with the end result. The test started on June 8 and ended on June 13, and the video was live-streamed. The Galaxy Z Flip 3 was folded 418,503 times before it failed to stay open or closed. The device was also dropped several times after the folding test.

The YouTuber also covered the Galaxy Z Flip 3 in dust and dirt. He also dipped the device in water during this extreme test to test its water resistance.

It’s pretty impressive to see what the Galaxy Z Flip 3 is actually capable of. Samsung has definitely underplayed the durability of its foldable smartphone. You should note that the hinge started loosening up a bit after 3,52,000 folds and did not fold properly sometimes. You can have a look at the complete video below.

Daily Deal: Galaxy Z Flip 3 is down to its lowest price on Amazon

It’s a good day when you can get the Galaxy Z Flip 3 at a discount and today is one of those days. Samsu …