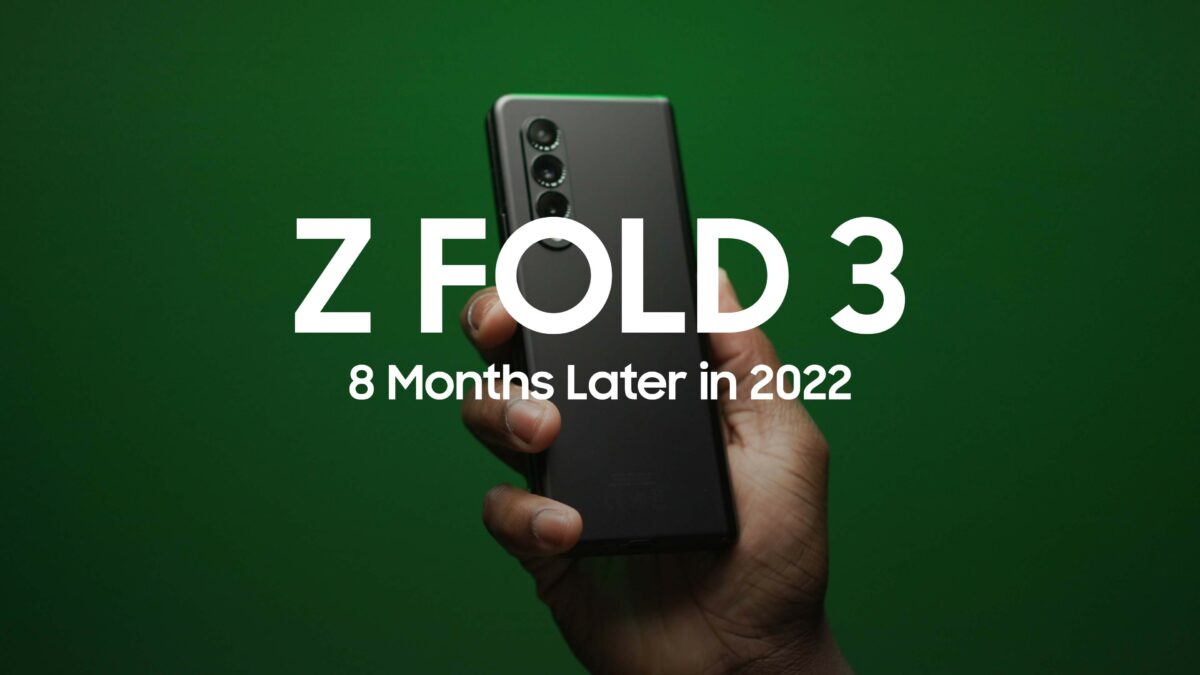 Samsung unveiled the Galaxy Z Fold 3 about eight months ago, and it remains the most ambitious foldable device on the market to this date. We’ve talked about this device far and wide, but now it’s time to bring it back into the headlines for a late review.

A few SamMobile team members — including our YouTube channel’s host Ben — have been using the Galaxy Z Fold 3 ever since it came out. The phone is just as good as it was at launch, only now, the software experience is even better thanks to the One UI 4.1 update.

So, what was it like living with the Galaxy Z Fold 3 for the past eight months? Smooth sailing, actually! The phone aged well, on the most part, but it’s showing some weaknesses in a few areas. Check our video review below.

Galaxy Z Fold 3 in 2022: Still fantastic but some areas are lacking

It’s somewhat surprising that the Galaxy Z Fold 3 held up as well as it did for these past eight months. The hinge is working just fine, and the build quality and IPX8 rating are just as impressive now as they were last year. The Galaxy Z Fold 3 really is a feat of engineering.

The camera experience is somewhat of a mixed bag as well. The Galaxy Z Fold 3’s hinge allows for unique use cases for the many onboard cameras, but the image quality can’t match more conventional premium devices like the Galaxy S22 Ultra.

And finally, we believe that the Galaxy Z Fold 3 could have used a slightly larger battery. The 4,400mAh unit is not bad, but not something to write home about either. It serves its purpose, but it can be an issue if you intend to get the most productivity out of your Galaxy Z Fold 3.

Performance remains great, and the inner 120Hz foldable display is fantastic. Believe it or not, the vertical crease doesn’t feel as intrusive as the Galaxy Z Flip 3’s horizontal crease. The Fold 3 is larger, and because of its book-like design, your fingers rarely run across the middle crease. It’s something that exists in the background but doesn’t affect the user experience in any significant way.

All things considered, the Galaxy Z Fold 3 remains a great device after eight months, and the best foldable phone on the market. But we can already see the areas that Samsung could improve for the upcoming Galaxy Z Fold 4, and rumor has it that the upcoming model will boast an improved telephoto camera.

Check out our eight-month Galaxy Z Fold 3 review video below, and stick around for more foldable news and firmware releases.