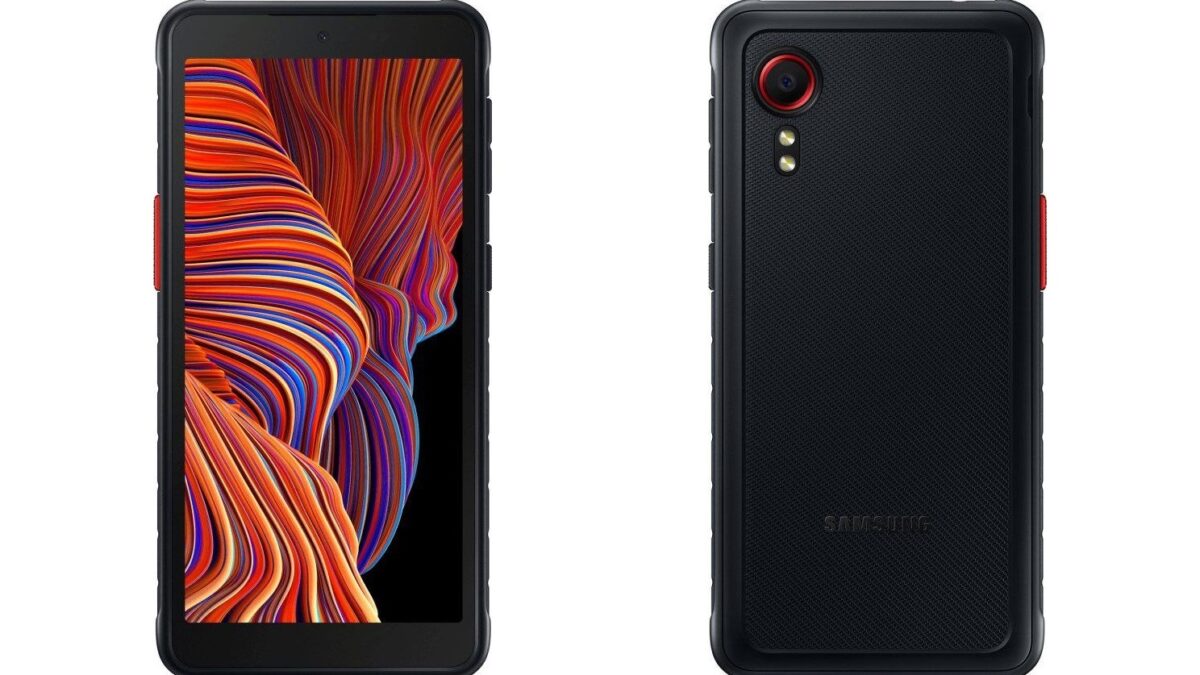 We finally have an almost complete view of the upcoming Galaxy Xcover 5 rugged phone thanks to a couple of leaked press renders that were shared with us by one of our readers via the SamMobile Telegram group. The renders reveal the phone’s back panel for the first time, and they’re also accompanied by two official wallpapers and a handful of additional specs and pricing details.

We’ve seen the Galaxy Xcover 5 from the front before, and same as last time, the new renders confirm that the upcoming device has a conventional non-Infinity display with thick bezels at the top and bottom. Now, the back of the device was also revealed and it carries a single camera surrounded by a metallic red design element, along with a dual-LED flash module. The back panel looks rubberized and it has a grippy texture.

A couple of official Galaxy Xcover 5 wallpapers were also shared along with the press renders. You can check them out and/or download them from the image gallery below.

Samsung will supposedly release the Galaxy Xcover 5 in Europe for anywhere between €289 and €299. This sounds about right given that the Galaxy Xcover 4s was released for around €299, but the newer model will offer more value.

The Galaxy Xcover 5 is expected to feature a 5.3-inch display with a resolution of 1480 by 720. The screen has Gorilla Glass 6 protection and the phone’s chassis benefits from an IP68 dust and water resistance rating and a MIL-STD-810G certificate.

Other hardware specs include the Exynos 850 chipset, 4GB of RAM and 64GB of built-in, expandable storage, and a 3,000mAH battery with 15W fast charging. The main camera reportedly has a resolution of 16MP and an f/1.8 aperture, while the selfie sensor tops out at 5MP (f/2.2).

The Galaxy Xcover 5 should ship with Android 11 and One UI 3.1 out of the box, and Samsung has prematurely confirmed that the device will take advantage of monthly security updates.

Thanks for the tip, Wigetta Gaming!

Update: A couple of additional renders revealing the phone’s edges were revealed by WinFuture.