At this point, Samsung’s new line of high-end Galaxy S series tablets seems like a distant dream. We’ve blazed past two Unpacked events this year without hearing as much of a peep about it. Nonetheless, we keep getting glimpses into what Samsung could have in store for us now and then via leaks. Now, prolific leaker @OnLeaks has laid the Galaxy Tab S8 Ultra bare.

The Galaxy Tab S8 could ship with a notched screen 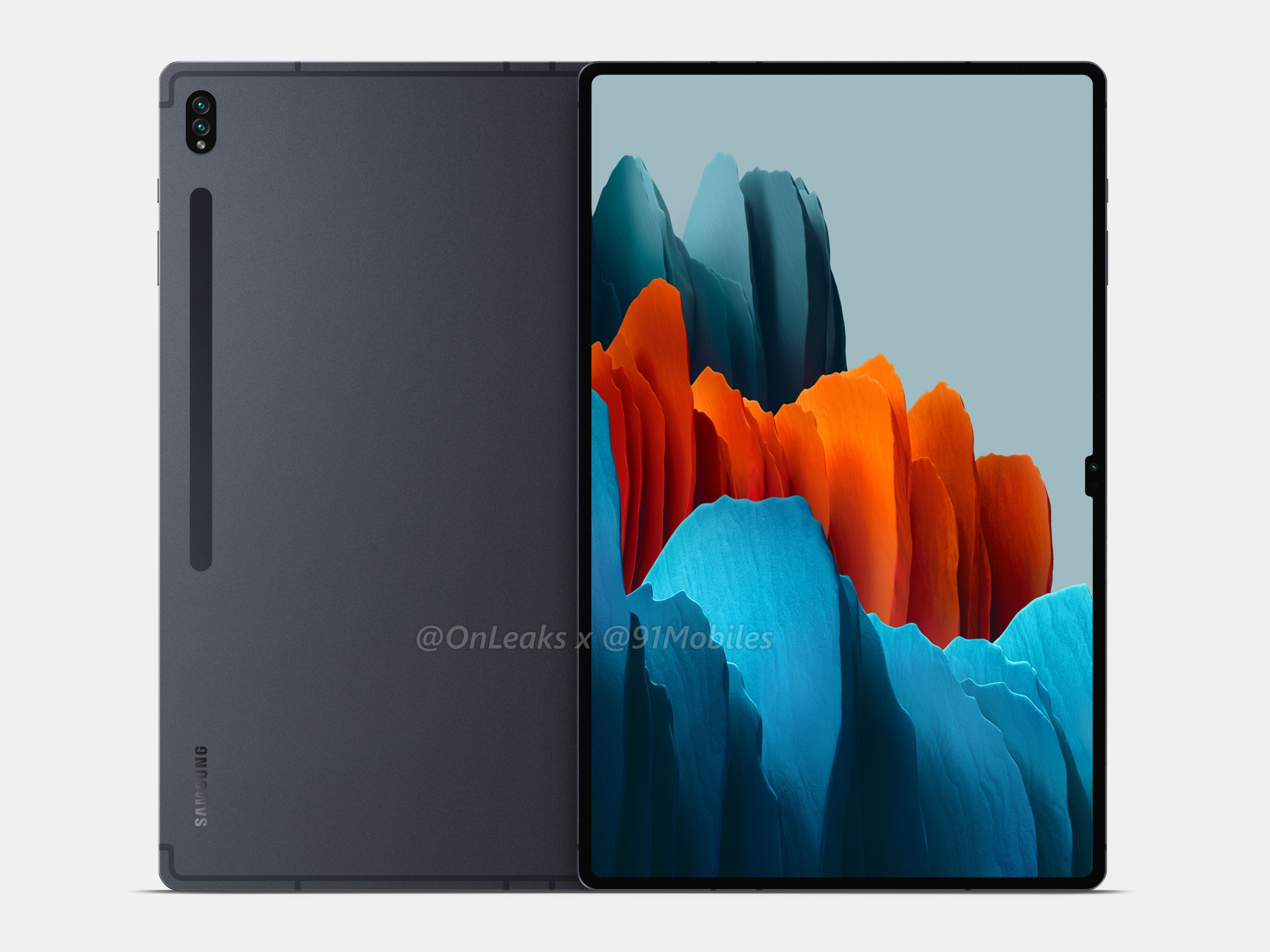 It seems that Samsung can’t resist taking a bit out of Apple’s playbook. The above renders tell us that the Galaxy Tab S8 Ultra will have a prominent notch on its screen. One can’t help but wonder why Samsung decided to go down that road, given that the tablet is rumored to ship with only one 8MP front-facing camera. Then again, there is a possibility that Samsung could go back to a hole-punch design instead of a notch.

The Galaxy Tab S8 has relatively narrow bezels compared to its lower-tier variants. Multiple leaks have told us that Samsung planned on cutting down on the bezel size on the high-end tablet. At the back, we get two camera sensors, which, according to rumors, will include one 13MP module and an 8MP module.

@OnLeaks has also let slip that the Galaxy Tab S8 Ultra will ship with a 14.6-inch screen, the largest we’ve seen on a tablet so far. Previous reports speculated that the screen would use a 120Hz AMOLED panel and a colossal 12,000mAh battery. Under the hood, an Exynos 2200 SoC could power the tablet, along with up to 12GB of RAM and 258/512GB of storage.

While the Galaxy Tab S8 Ultra is shaping up to be an absolute beast, getting your hands on one could be nigh impossible. Samsung isn’t immune from the global semiconductor shortage and will have a hard time making enough of these. Then again, the tablet’s sky-high price could dissuade many to consider its lower-specced siblings.

In 2022, Samsung’s foldables will be water-resistant, but not it …

These are your color choices for the Galaxy Tab S8 series