Samsung conducted a launch event today to formally launch the Galaxy S9 in India. It has officially confirmed the price and release date for the Galaxy S9 and the Galaxy S9+ in one of its key markets. The new flagship brings a variety of enhanced features that Samsung says will reimagine the way users communicate, share and experience the world.

The Galaxy S9 in India will have several “Make for India” features, according to Samsung, and the new flagship will also be bundled with offers aside from Samsung’s own Samsung Rewards loyalty program.

The Make for India features include carrier aggregation for 2.5x faster data speeds. Samsung has teamed up with Reliance Jio and Bharti Airtel to enable LTE Carrier Aggregation on the Galaxy S9 and Galaxy S9+ where spectrum across different bands merge into one single pipe.

This gives users more bandwidth which results in faster streaming and quicker downloads. Samsung says that the Galaxy S9 in India will be one of the fastest smartphones on 4G networks with speeds of up to 250 Mbps.

The company’s mobile payments service Samsung Pay has already been a big success globally and locally in India as well. The company has now introduced its Samsung Rewards loyalty program in the country. Samsung Pay users will earn points when they make payments using the service and can subsequently redeem them for perks such as food and beverage vouchers, movie tickets and shopping. They can also be redeemed for discounts on Samsung products.

Samsung will release its new flagship in the country on March 16. That’s also when the handset will be released globally. The 256GB model of the Galaxy S9+ will be exclusively available from Reliance Digital stores, Samsung exclusive stores and Samsung Shop.

Samsung is also offering a host of promotions for the Galaxy S9 in India which include mobile data and cashback offers. They’re explained in more detail on the company’s website. 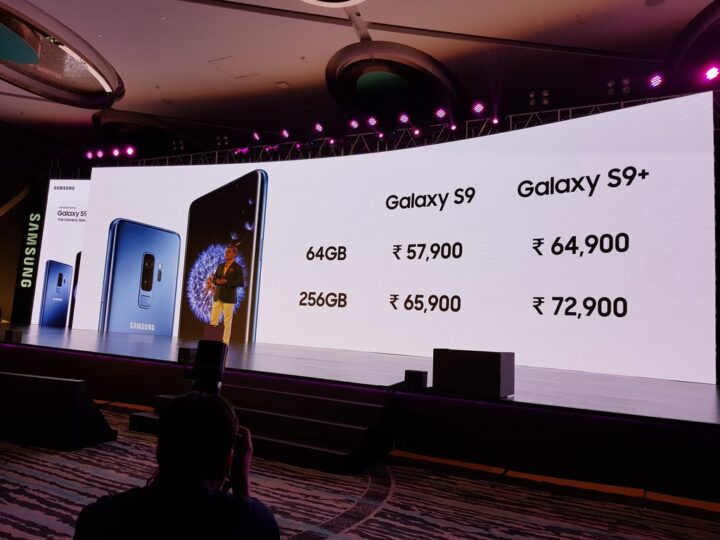