Galaxy S21 Ultra crushed all other Android phones in Q1 2021 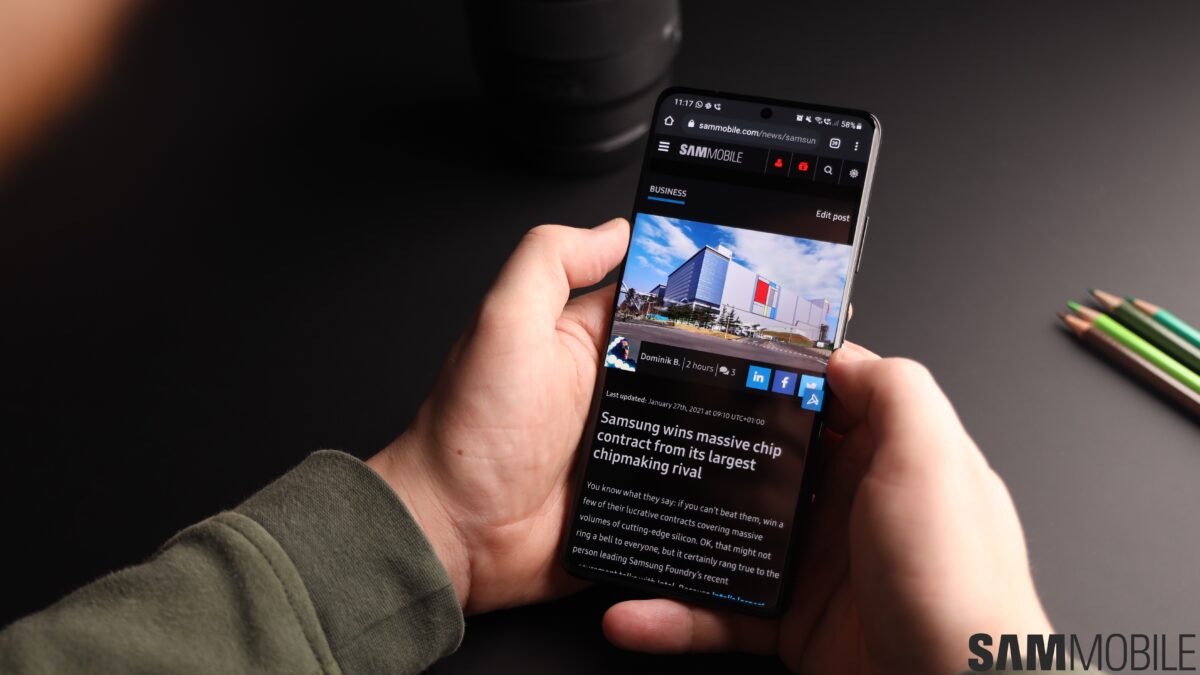 The Galaxy S21 Ultra is Samsung’s top-of-the-line flagship. It was introduced earlier this year alongside two other models in the same family. Despite its significant price tag, the handset appears to have performed well in the market.

There’s a good reason for that. The amount of tech that Samsung has packed into the Galaxy S21 Ultra is just bonkers. The Ultra variant remains the company’s everything and the kitchen skin phone. So no surprise that it was the best-selling Android phone by revenue in Q1, 2021.

The latest numbers from Counterpoint show that smartphones achieved a global first-quarter revenue record in Q1 2021. That’s largely due to pent up demand and lifting of lockdowns in most major markets across the globe.

The Samsung Galaxy S21 Ultra accounted for 3% of this record revenue pie, making it the top Android device on the list. It’s actually fifth on the top ten list. The first four spots are all occupied by iPhones.

Interestingly, six of the ten devices are all iPhones. The Galaxy S21 5G and Galaxy S21+ 5G are in 7th and 9th spots with 2% and 1% of the revenue share. The Huawei Mate 40 Pro is the only other Android device on the list at the 8th spot with 2% of the revenue pie.

Samsung shipped the most units of the Galaxy A12, Galaxy A21s and the Galaxy A31 in Q1, 2021. The Redmi 9A was actually the best-selling Android phone by volume. The volumes for Samsung’s budget models were primarily driven by India, MEA and LATAM markets. This goes to show that the strategy Samsung has implemented for its budget devices is reaping dividends. 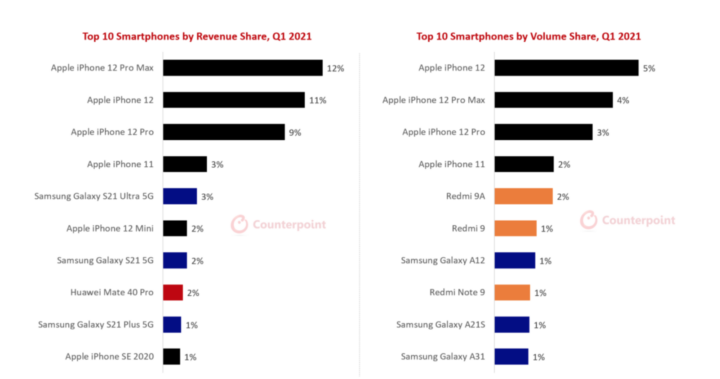