No, the Galaxy S21 series doesn’t have a headphone jack 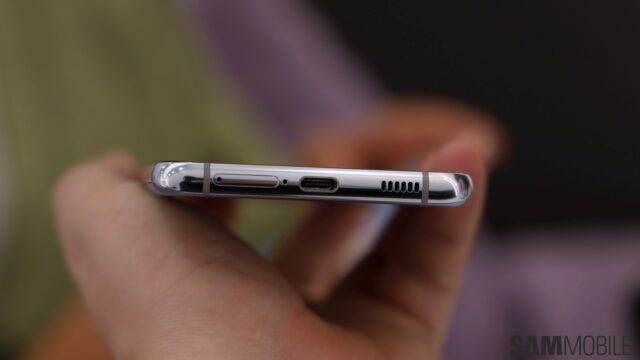 It’s a legitimate question. Samsung wasn’t that quick to ditch the headphone jack on its flagship smartphones compared to some of its rivals. However, the company has now well and truly made the switch.

The Galaxy S21 doesn’t come with a headphone jack

It doesn’t really come as a surprise that the Galaxy S21, Galaxy S21+ and Galaxy S21 Ultra don’t have a headphone jack. Their predecessors, the entire Galaxy S20 lineup, didn’t have one either. So it was only a matter of maintaining the status quo.

Samsung has been trying to nudge customers to adopt its truly wireless earbuds. That’s why it has graciously handed them out as pre-order incentives with its flagship devices. Even when it ditched the jack, it continued to ship USB Type-C earphones in the box. So customers were never really left without an option.

That changes with the Galaxy S21 series. These are the first Samsung flagships to not ship with a charger and even earphones in the box. You’ll need to buy the USB Type-C earphones separately if you don’t wish to spend $200 on the new Galaxy Buds Pro.

It’s kind of a double whammy here. You can’t use one of the many earphones with a 3.5mm connector that you may have lying around. You also don’t get a new pair of USB Type-C earphones in the box. So Samsung’s leaving you with no option but to buy something.

Whether you buy one of its products or choose from the countless earphone and wireless earbuds options is another matter entirely.