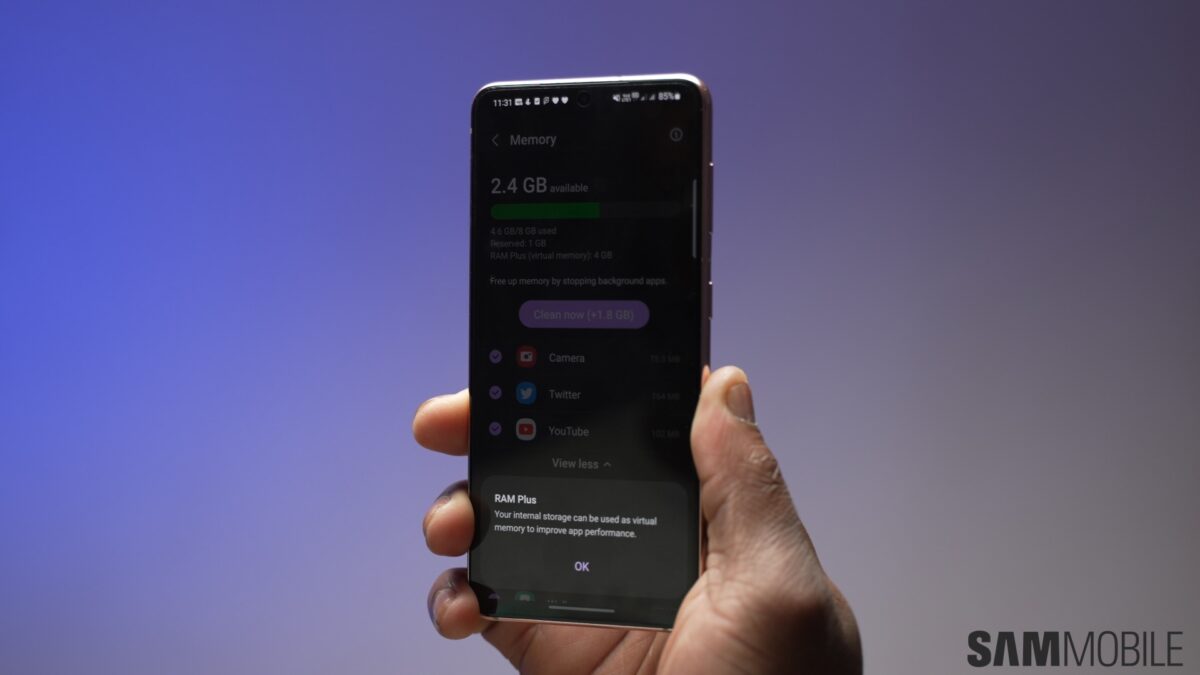 The latest software update for the Galaxy S21 series comes with firmware version G991BXXU5CVDD. The update is currently rolling out in Italy, but more European countries are expected to get the update within the next few days. This update improves the Night Portrait feature in the camera, the auto-framing feature in supporting video calling apps, and the camera quality in some social media apps.

The new update also brings the May 2022 security patch that fixes dozens of known privacy and security vulnerabilities. It might also include general bug fixes and device stability improvements.

If you are a Galaxy S21 user in Italy, you can download the new security update by navigating to Settings » Software update and tapping on Download and install. You can also download the latest firmware file from our database and flash it manually.