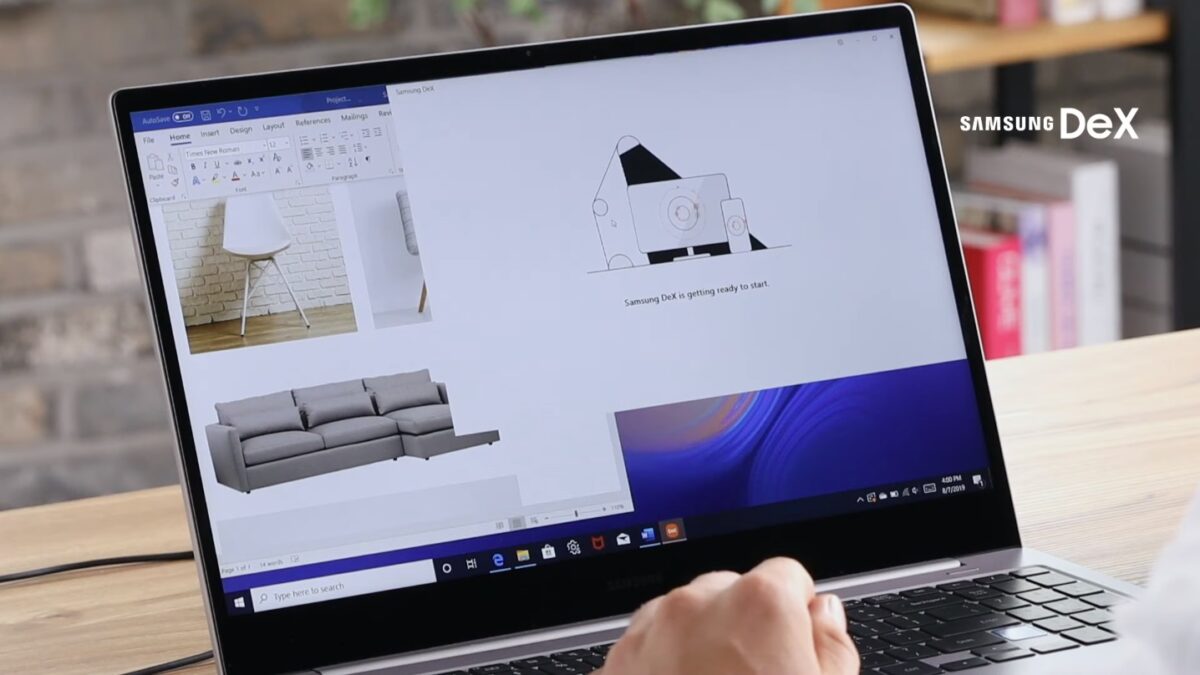 Samsung is launching a new DeX update for the Galaxy S20 series (One UI 2.1), introducing a few new exciting features designed to improve the user experience, such as mouse support for window snapping, and better multi-touchpad support in the DeX environment when connecting to an external display.

Window snapping was already an existing Samsung DeX feature but it worked only through keyboard shortcuts, by pressing the Windows key together with the left/right arrows on a physical keyboard. Now, DeX allows you to snap windows to the left or right side of the screen using your mouse, much like it works in Windows 10.

The ability to turn your smartphone into a touchpad when using DeX is not new, but the latest update improves this feature by adding 3 and 4 finger multi-touch support, thus opening up new possibilities with additional gestures. This feature can be found in Settings » Samsung DeX Settings » Mouse / Touchpad » Touchpad gestures.

Another big addition is the ability to create new Bixby Routines related to DeX. For example, you can set your phone to enter DND mode, or disable Bluetooth connectivity, whenever it’s running DeX.

A handful of minor bugs have also been addressed, one of which was causing the first letter to not register whenever a search term was introduced in the Apps screen using a physical keyboard.

The good news continues, as some Galaxy S20 owners might already have this new DeX update pre-loaded on their devices, according to Samsung’s DeX representative on the community forums. Otherwise, the update will continue to gradually roll-out to more units. Samsung will bring One UI 2.1 to additional flagships with a future update, including the Galaxy S9 / Note 9 and newer models, and the new DeX update will hopefully be included. These changes could also be a precursor to releasing the rumored DeX-powered Dexbook monitor.