One UI 2.1 for Galaxy S10 and Galaxy Note 10 could arrive next month 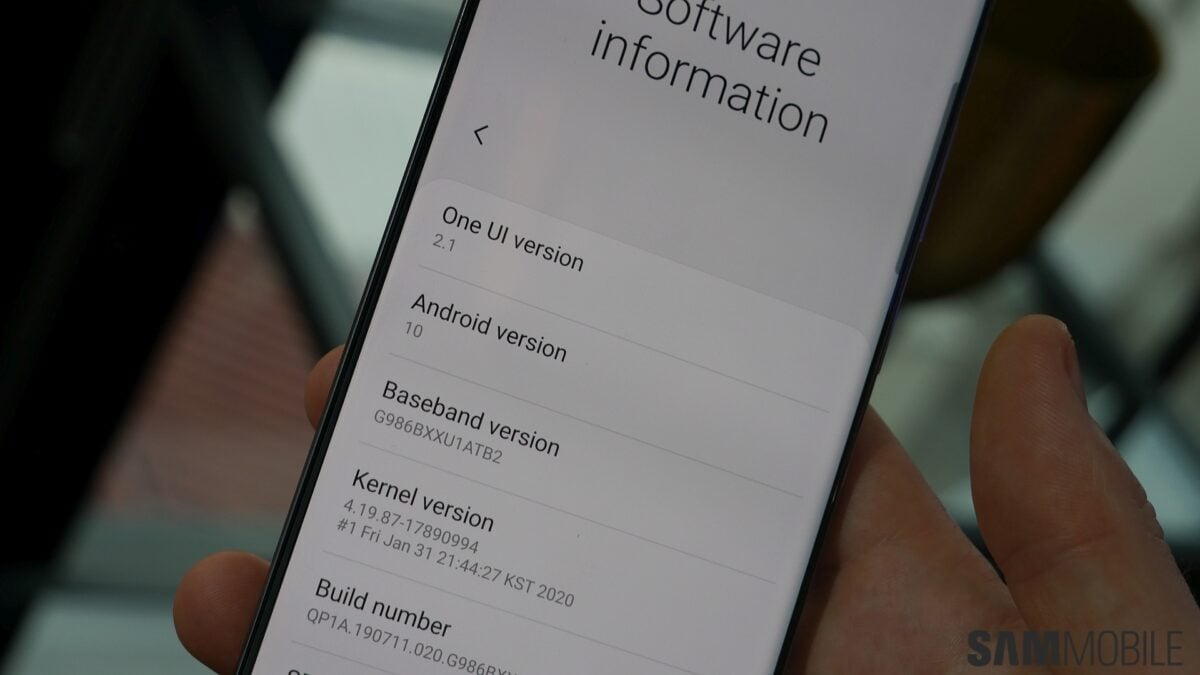 And, traditionally, users of those older flagships would have to wait until the next major Android update before their device would receive the updated version of One UI. That is not the case this time around. Samsung recently revealed that an update to One UI 2.1 is in the works for the Galaxy S and Note flagships from 2018 and 2019, and it looks like that update could arrive before the end of April. A Samsung community moderator has revealed that the company is aiming to release One UI 2.1 for at least the Galaxy S10e, S10, S10+, and S10 5G in the next three weeks.

There’s a good reason for Samsung to bring One UI 2.1 to these existing flagships as soon as it possibly can, as the usefulness of one of the best new Galaxy S20 features depends on more and more users having access to One UI 2.1. The Galaxy S20 and Z Flip come with Quick Share, a feature that allows users to quickly send across files to owners of other Galaxy device owners over a Wi-Fi connection. Quick Share is a One UI 2.1 feature, however, so without devices like the Galaxy S10 and Galaxy Note 10 running the newest version of the software, it’s more or less useless right now for anyone not owning a Galaxy S20 or Galaxy Z Flip.

Samsung’s community moderators have also revealed that the company is working on One UI 2.5, which will probably debut with the Galaxy Note 20 in the second half of this year. One UI 2.5 will no doubt come to the Galaxy S20, Galaxy S10, and Galaxy Note 10 as well, but only with the Android 11 update. Not a lot is known about One UI 2.5 at this time, except that it will enable the use of Google’s navigation gestures in third-party launchers, though more information is likely to show up in the future, either through Samsung’s community forums or through Galaxy Note 20 leaks that are guaranteed to happen as we get closer to the device’s launch. 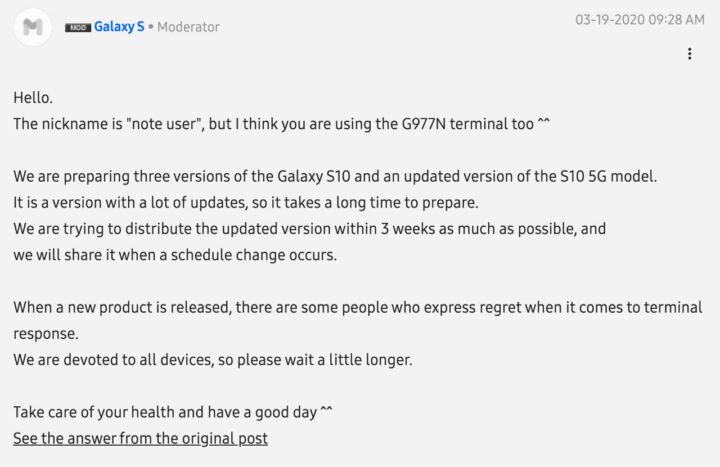