While there’s a chance of Olympic 2020 games in Tokyo getting canceled, Samsung has announced a special edition Galaxy S20 in partnership with NTT Docomo to mark the special international sporting event. Yesterday, we saw the first press renders of the smartphone. Now, the first live image of the Galaxy S20+ 5G Olympic Games Athletes Edition has appeared on the internet.

The phone looks classy in its Matte Gold avatar. It doesn’t have the usual Samsung logo on its rear. Instead, there’s a Galaxy logo, which is synonymous with the company’s brand name in Japan. The Olympics Tokyo 2020 logo is also present inside the phone’s Gorilla Glass 6 back. Other than that, there’s no difference between this special edition phone and the regular Galaxy S20+ 5G in terms of specs and features.

Unlike some other Olympic Edition Galaxy devices in the past, which were solely gifted to participating athletes, Samsung will sell the Galaxy S20+ 5G Olympic Games Athletes Edition to customers in June 2020. The phone is available for reservation in Japan via NTT Docomo. It costs JPY 114,840 ($1,046), which is just $16 more than the price of the standard version of the phone.

It remains to be seen if the Olympic 2020 games go as planned, especially considering the COVID-19 pandemic. Various other launch events and sporting events have been canceled over the past two months. However, even if the 2020 Summer Olympics get canceled, the phone should be available for purchase. 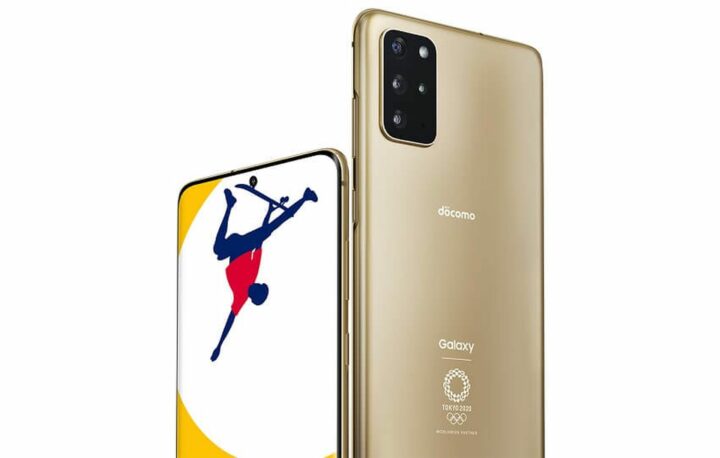